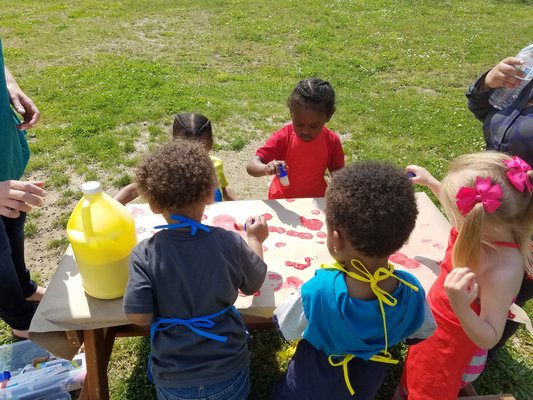 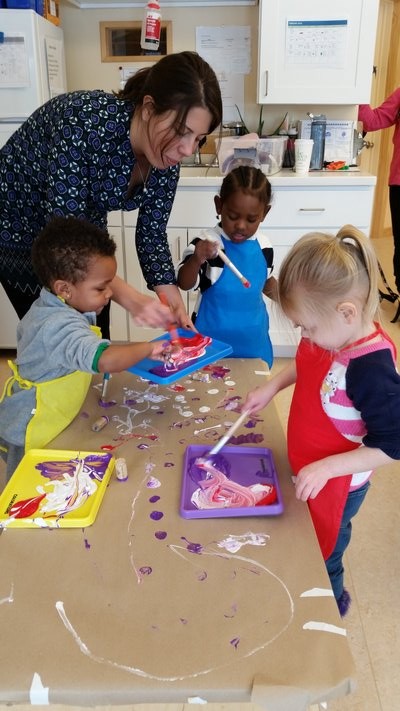 The efforts of the Children's Museum of the East End to bring art to underprivileged children just got a big boost from the National Endowment for the Arts.

The NEA, a federal agency, has awarded CMEE an Art Works grant of $15,000. The grant is designated for “Community Creates,” an outreach program created by CMEE in which educators visit social service organizations to teach children methods of artistic expression, such as painting, drawing and ceramics. The grant will enable CMEE to partner with four community organizations: Riverside Rediscovered, The Retreat Domestic Violence Services in East Hampton, Wuneechanunk Shinnecock Preschool on the Shinnecock Reservation in Southampton and the Eleanor Whitmore Early Childhood Center in East Hampton.

Steve Long, CMEE’s president, said the museum applied for the grant around July 2015 in hopes of planning ahead to reach the communities of eastern Long Island.

“There are a ton of folks who come to the museum every year,” Mr. Long said. “But there’s a huge part of the East End that, for whatever reason—it could be transportation challenges, maybe they’re not comfortable with big institutions, maybe the don’t speak the language—there isn’t that comfort level coming to the museum. So they’re missing out on this access to the arts and this grant will enable us to come into these different communities and work with organizations that are serving a diverse audience and introduce children and families to arts programs.”

Mr. Long said the grant will provide payment and supplies for art educators and artists associated with CMEE to travel around the East End. CMEE already does art programs with the Eleanor Whitmore Early Childhood Center and the Wuneechanunk Shinnecock Preschool, but the grant will allow CMEE to offer more programs to a wider audience. The NEA grant is the first one to ever be awarded to the museum and Mr. Long as his colleagues hope to earn more funding in the future to reach more communities.

“We’ve done programs at The Retreat’s counseling office, we’ve gone up to Community Action-Southold Town for programs and many other schools, Mr. Long said. "The museum started in 1998, but we didn’t have our home in Bridgehampton until 2005 so we were basically a museum without walls for seven years. So what we hope this grant will do is allow us to do the work we were doing for seven years before we had our permanent home and serve those families who can’t come to the museum for whatever reason.”

Talks about expanding “Community Creates” started in the winter of 2015. Siris Barrios, the community liaison for Riverside Rediscovered, asked if CMEE would be willing to donate any of its installations to Riverside Rediscovered— an initiative to reinvigorate the Riverside community economically and socially—while CMEE was being renovated. Ms. Barrios invited some of CMEE’s staff to Riverside for a tour and, for her, that’s where the partnership started.

“They could see the need for high-quality programming in the community,” Ms. Barrios said. “We talked about a class for children, little 5-year-olds, out of our office in the afternoons. Then they saw our approach and our engagement tools and said they wanted to come to Riverside. So we printed out fliers and actually went door-knocking to get the word out that CMEE was going to be bringing art classes to Riverside. We started getting calls from everywhere—from Riverhead all the way to Hampton Bays—of families who wanted to sign up their children for the class.”

The local kids in the area filled up the class very quickly, so those living outside the area could not attend. That said, Ms. Barrios believes the high demand shows the desire from the community to involve their children with art education.

“We’ve seen that the families are very happy, the kids are very happy and the community is very happy. I’ve had kids come up to me and ask ‘When are the classes happening again?!’”