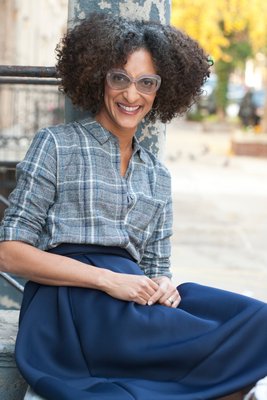 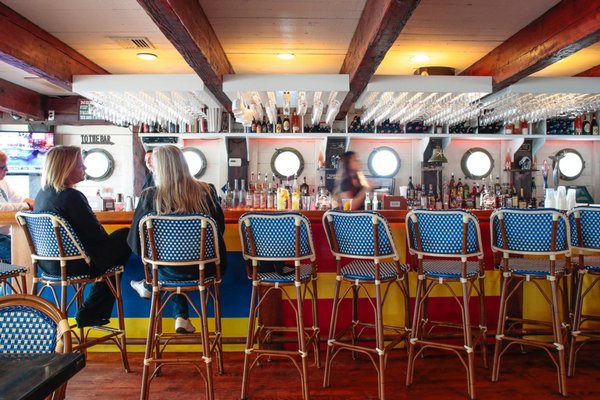 The bar at Navy Beach in Montauk. WORDHAMPTON

Carla Hall, a two-time “Top Chef” finalist and a co-host of ABC’s daytime food talk show “The Chew,” will headline the second annual Food Lab Conference at Stony Brook Southampton in Shinnecock Hills over the weekend of June 3 to 5.

“This year’s conference is going to be amazing,” said Geoffrey Drummond, the executive director of the Food Lab. “The weekend will be filled with opportunities to meet, listen to, and talk with some of our country’s top chefs, favorite food writers, legendary winemakers and brewers, and some of the most creative and influential people working in food today.”

The theme for 2016 is “Future of Food—Trends, Tastes and Directions: Who’s Shaping Them and Where They’re Heading.”

Ms. Hall will deliver the keynote speech on Saturday, June 4, at 9 a.m. More television personalities, journalists, bloggers and authors are expected to speak over the weekend as well. Among the confirmed speakers are Terry Romero of the crowd-funding website Kickstarter, Leslie Merinoff of Matchbook Distilling and Teresa Von Fuchs of Irving Farm coffee.

Colin Ambrose, the chef-owner of Estia’s Little Kitchen in Sag Harbor, will prepare a gala dinner.

Regular admission to the three-day conference is $200; an early bird price of $150 is available through May 10. Student and farmer tickets are $75. Gala-only tickets are $75. To view the schedule and register, visit thefoodlab.org.

Manhattan fine dining Chinese restaurant Jue Lan Club will open a sister restaurant Memorial Day weekend in Southampton at the Elm Street location that was formerly Delmonico’s and, before that, Savanna’s.

By restaurateur Stratis Morfogen, along with partners Alex Amanao and Richie Romero, Jue Lan Club came onto the New York dining scene six months ago inside a former church that was once Limelight nightclub.

The Southampton outpost will have a nightclub, The Barn @ Jue Lan Club. The Barn will include an art gallery curated by Emerald and Adrian Gruin, of Gruin NYC.

“As a resident of Southampton, opening Jue Lan Club in the Hamptons was always part of my vision for the brand and the former Savanah space is perfect for the outpost,” Mr. Morfogen said. “Our upscale fare coupled with vibe dining perfectly complements the East End’s residents and vacationers. Plus, our nightlife programming will fill a void in the Hamptons hospitality scene.”

Mr. Erdem has taken over the former 1 OAK Southampton nightclub at 125 Tuckahoe Lane, and the former Nammos at 136 Main Street.

The nightclub space—which has also been known as South Pointe, La Playa, Stereo by the Shore, and Tavern—will become AM. The Nammos space, which was formerly Nello Summertimes, will become a new restaurant, hotel and nightclub.

Clyde’s Restaurant, opening in May, will replace Oso at Southampton Inn in Southampton Village.

Executive chef Scott Adriani has taken over the kitchen, on Hill Street.

Clyde’s will serve breakfast, a luncheon, an afternoon tavern menu and dinner.

Locally sourced selections will include vegetarian, vegan and gluten-free options. Local, seasonal beers will be on tap.

Seating is available in the inn’s courtyard and the renovated 68-seat dining room. Carry-out will be offered.

The restaurant is not just for overnight guests of the inn—it will be open to the public.

Open For The Season

Navy Beach in Montauk will reopen for the 2016 season on Friday, April 29, offering dinner all weekend plus Saturday lunch.

The beachfront restaurant, entering its seventh season, will introduce new fizzy drinks over ice to its cocktail menu. The “Spritzers” will include Blood Orange Piscine with vodka, champagne rosé, fresh blood orange, and mint; Cucumber Frizz with Reposado tequila, cucumber, agave and lime with a smoked celery salt rim; and Rosemary Citrus Spritz with citrus vodka, fresh lemon and rosemary.

Dockers Waterside on Dune Road in East Quogue will hold its annual spring open house on Saturday, May 7, from 5 to 7 p.m. with complimentary wine, prosecco, hors d’oeuvres and live entertainment. Admission is $30, and a portion of proceeds will benefit the American Heart Association. Visit tickets.dockerswaterside.com to reserve. The after party from 7 p.m. to midnight will feature music by Noiz.

The benefit cocktail party for the rescue center in Hampton Bays will feature wine, beer, food and prizes.

Southampton Publick House, the brewpub that recently moved out of its long-time home at 40 Bowden Square in Southampton Village, will welcome its first guests at its new location, 62 Jobs Lane, this week. The space was formerly The Driver’s Seat.

Proprietor Donald Sullivan said no large-scale brewing will happen on-site, though he is searching for a brewing facility somewhere in Southampton Town.

The café will open at 51 Division Street, a storefront that previously housed The Juicy Naam.