Incorporate Walnuts Into Your Diet With These Tasty Recipes - 27 East

Incorporate Walnuts Into Your Diet With These Tasty Recipes 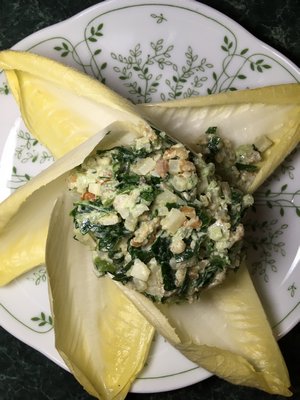 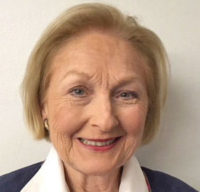 Walnuts are rich in omega-3s, which help reduce inflammation and increase good cholesterol. According to many nutritionists and doctors, walnuts help with depression and reduce risk of Parkinson’s and Alzheimer’s diseases. Walnuts are also loaded with fiber, manganese, vitamin E, protein, and minerals. Whenever a recipe calls for nuts, choose walnuts or at least part walnuts for your health. (Unless of course you are allergic to them!)

This walnut and breadcrumb crust adds a crunchy rich flavor to a comforting creamy potato and celeriac gratin. It can be baked ahead of time and reheated before serving.

Chef Maria Loi, author of “The Greek Diet” and chef of Loi Estiatorio, New York, makes an amazing walnut-olive spread that tastes great on everything from crudité and bread, to slathering it on a piece of fish just before grilling or broiling.

A chopped salad of excellent quality Parmesan-Reggiano, walnuts, and watercress with Belgian endive works as the perfect first course or as a unique hors d’oeuvres. Bon appétit!

Generous tablespoon extra virgin olive oilTo prepare:Line a 2-quart baking dish with parchment paper. Drizzle a thin layer of half and half over the paper.

Meanwhile, with a benriner or mandoline, thinly slice the potatoes, working quickly to prevent discoloration.

Line the bottom of the dish with a thin layer of potatoes, sprinkle salt, pepper, and cheese on top and a few drops of half and half. Repeat until you have four thin layers of seasoned potatoes.

Next, thinly slice the celeriac on the mandoline and make four similar layers each seasoned with salt, pepper, half and half, and cheese. Repeat the layering process until you have no more potatoes or celeriac.

In a small bowl, combine the walnuts and breadcrumbs together with oil and press the mixture evenly over the gratin.

Cover the dish with aluminum foil and bake for one hour or until the potatoes are tender to the point of a fork.

Remove the foil and brown the top until golden, about 15 to 20 minutes.

Let rest for 10 minutes before cutting and serving the gratin.

Sea salt and freshly ground black pepper to tasteTo prepare:Working in a food processor fitted with the stainless steel blade, add the walnuts and roughly chop.

Process until the mixture has the consistency of natural chunky peanut butter.

If necessary, add a bit more olive oil; taste and adjust the seasonings.

Transfer to a serving bowl or container and cover with plastic wrap directly on top of the spread.

Allow the spread to rest at room temperature at least 15 minutes before serving or refrigerate for up to one week.

Serve with crudité, pita chips or crusty bread slices.Parmesan Walnut Salad In Endive LeavesAdapted from The Gourmet Magazine circa 1990s

4 Belgian endives, trimmed and leaves separatedTo prepare:With a chef knife, mince and mash the garlic and salt until it becomes a paste.

Transfer the garlic to a mixing bowl and whisk mayonnaise, lemon juice, and oil into the paste until blended.

Stir in walnuts and watercress, taste and adjust the seasonings. Refrigerate for at least three to four hours to allow the flavors to develop.

Open endive, remove leaves, add about 1 teaspoon lemon juice to 1 cup of water and dip the leaves into the water to prevent discoloration. Pat endive dry with paper towel.

Spoon a bite-sized mound of salad on the wide end of an endive leaf to serve as hors d’oeuvres. Or arrange five spears of endive on a salad plate and mound a serving of salad in the center to serve as a first course.

Celebrate Leap Day With Decadent Dishes Once Every Four Years

Here’s a menu that is in keeping with a healthy lifestyle. Lean protein, plenty of ... 1 Feb 2020 by Janeen Sarlin