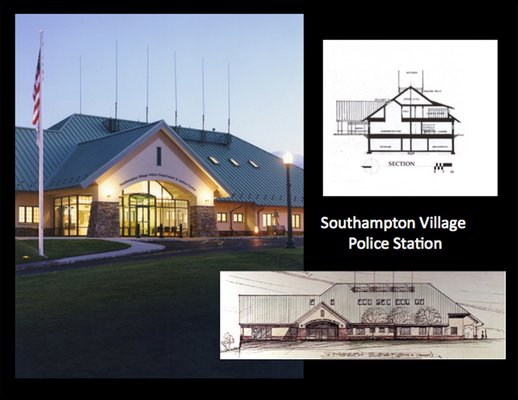 Richard Stott talked about how familiar rooflines reflect a structure as classic and beautiful as a tepee. STOTT ARCHITECTS 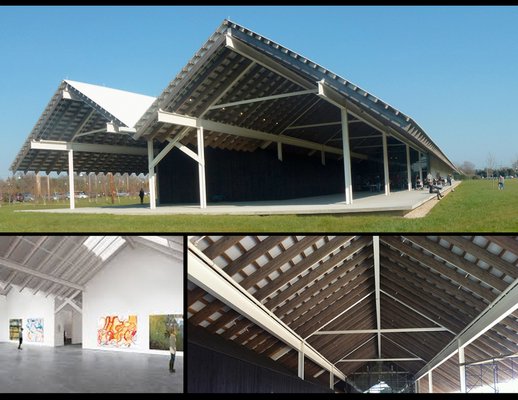 Richard Stott talked about how familiar rooflines reflect a structure as classic and beautiful as a tepee.

Architecture is the unique manipulation of, and expressive dance with, space and light, often with a nod to aesthetics. Architects start with the abstract and work their way to the concrete, with consideration to climate, form and function, among a slew of other design elements. Their final product can serve to inspire, as if a work of art, and can even alter human behavior.

Offering the architectural layman a window into this world, the Parrish Art Museum invited 11 architects to speak briefly on a topic or theme that was top-of-mind when designing and building a project on the East End. Held on Saturday, this third installment of the ongoing series “Architectural Sessions” drew a crowd that filled the Water Mill museum’s theater to near capacity on a beautiful spring day.

Blending passion, creativity, and a flair for fusing elements of design from the past and the future, the architects spoke about their experience working with the unique light and topography of the East End, as well as showcasing some of their own personal favorite design work.

From honoring the history of modern architecture and ways to incorporate green building into communities, to the development of modernist Hamptons homes and using nature as design inspiration, the varied architects explored a wide range of issues.

Mr. Chaleff focused on the need to reduce groundwater contamination by minimizing the impact of human waste through improved septic systems. The health of the Peconic Estuary is in “failure mode” due to excessive septic discharge, he said, adding that there are 360,000 homes in Suffolk County without sewers, and about half of them have septic systems that were installed before 1972 and therefore have no septic tanks. He urged installing community-scaled collection systems, connecting and drawing everyone’s waste to central treatment plants.

Mr. Schappacher, on the other hand, shared the homage he pays to the “ghosts of the original architects” through his work on preservation and rehabilitation of homes that were built in the early to mid-20th century. Using as many original design elements as possible, the architect has restored homes that have grown old and weary over the years, and infused them with a modern twist, as he demonstrated with before and after slides of the Wallace K. Harrison house in Huntington.

Modern architectural elements also find their way into the work of John Berg, who showcased a variety of homes and spaces he has worked on across the East End, including a modernized barn in Springs. He pondered the question “What is Modern?” ultimately concluding that it is a mix of current building technology, sustainable building practices and “spaces which lift the spirit and change quality of life on a daily basis.”

Meanwhile, nature plays the role of muse for Nick Martin, who has used materials and unique design elements, such as gradient on a façade, an organic shadow pattern, or perforated metal to play with light and space. “Nature is the ultimate teacher,” he said.

John Rose focused on the historic architectural details considered in modern-day design, such as traditional shingles, reconstructed barns, outdoor fireplaces and arched doorways. Similarly, Maxine Nachtigal Liao tipped her hat to history as she spoke about how styles from the past have influenced her architectural designs, including the use of recessed porches, gabled roofs and “combining symmetrical elements in an asymmetrical way.”

Hideaki Ariizumi discussed his style of incorporating ell shapes into his architectural design work, while Rick Stott credited the pitched roofs of churches and tepees for influencing his aesthetic. Mr. Stott, a Southampton-based architect, noted some locally well-known roofs that reflect this style in the Hamptons, including his firm’s work on the Southampton Village Police Station, as well as the work of Herzog & de Meuron on the Parrish Art Museum.

The installment, known as Five Minutes Max, presented the East End architects with an interesting challenge to share their experiences in only five minutes using 15 images, which could be viewed for exactly 20 seconds each. The Parrish based the format on the popular PechaKucha Night Hamptons—a set of rapid-fire presentations from creative professionals working on the East End. PechaKucha is the Japanese term for “chit chat,” and the style of event was developed in Tokyo to allow creative people to share their ideas and their work with the public in a simple, snappy forum. Previous installments of “Architectural Sessions” centered on “Drawing Art into Architecture” and “Quiet Architecture.”

“The intention for the event was like so many of my public programs at the Parrish—to get a better sense of the composition of the creative community out here,” said Ms. Grover. “Also, this format invites a lot of people to come together at once … You get to spread the word on different issues a little wider.”

In considering what the audience would take away from the event, “I thought of … what we would need to do to make the program beneficial to them, and therefore asked each architect to discuss an aspect of designing/building on the East End that they find inspiring or challenging,” Mr. Behrooz explained. “In this way, the audience would better understand issues related to this particular area, as opposed to generic ideas about architecture.”

What he dubbed the “tapestry of presentations” on architecture was an opportunity to highlight local examples of the creations of these talented experts. “The outcome was really great because people got to see a wide breadth of architecture out here,” Ms. Grover said.

The next installment of “Architectural Sessions” will be held on Friday, June 20, focusing on women architects.

Pulitzer-winning critic Paul Goldberger, who has penned books and countless columns on the architecture and ... 20 Apr 2021 by Brendan J. O’Reilly

C.L. Fornari, an author, blogger and radio host who focuses on the subject of gardening, ... 19 Apr 2021 by Staff Writer

Westhampton Beach Village Planning Board Chairman David Reilly said the board members would be in ... by Brendan J. O'Reilly