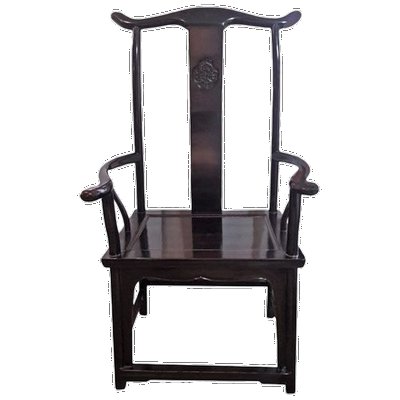 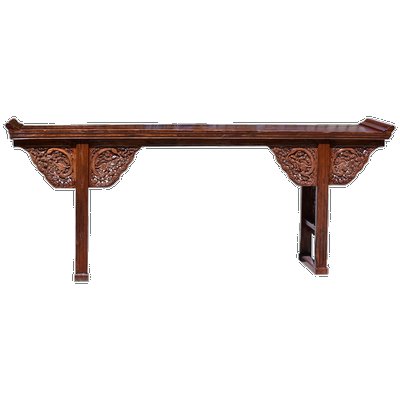 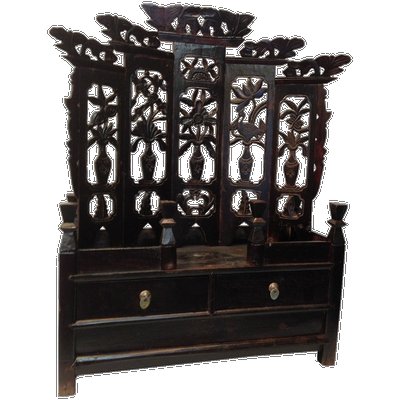 The ancient people of China, around 1,000 BCE, created the first piece of furniture for people to sit on—the woven mat. Different pieces of wooden furniture were designed and built around the sitting mat, such as short-legged chopping boards, tables and lap desks, and small chairs. Some forms of Chinese furniture developed as early as 500 BCE. In the West, we refer to these as altar tables. These long and narrow tables were meant to hold musical instruments and display items like flower arrangements.

Buddhism entered China around 200 CE, and along with it the notion of sitting on a raised platform instead of simply on mats. The raised platform in a typical Chinese home was called the Kang. It is not uncommon for all small-scale furniture to be referred to as Kang furniture, although this is technically incorrect, as the Kang went out of fashion by the Tang Dynasty (618 to 907 CE).

What we consider Chinese style really began in the Tang period, when furniture heights began to rise along with the power and status of the elites. In the West, we say “elevated to a position.” In the East, this is a literal saying.

The furniture makers in the Tang began using high round and yoke-back chairs for the elite. Beautiful ceramics and porcelains make their appearance, some becoming the iconic forms we know today, like the Tang Horse, which has inspired thousands of reproductions to this day.

It is in the next dynasty, the Song (960 to 1279 CE), when the forms of Chinese furniture we know today became common. New furniture types like bookcases, cabinets (or armoires), stools and tables were designed.

In this period, new technical developments in woodworking began with mid-level furniture. Newer and more complex designs appeared, such as rounded backs that molded to the body—a type of early ergo-dynamic seating!

While, at first, made only for high officials and upper class Chinese, the furniture gradually spread to homes of all who could afford them. Long-legged beds, tables, racks, chairs and stools were trends even among the peasant class. By the end of the Song dynasty, most Chinese had at least some furniture in their homes. Of course, Chinese home furniture evolved independently of Western furniture, yet the types are similar: chairs, tables, stools, beds and storage pieces.

Most furniture produced in China was made in plain woods, sometimes polished, sometimes lacquered and sometimes unfinished. Obviously, the elite Chinese could afford the most luxurious carved and lacquered pieces, but gradually even these techniques became increasingly affordable down the social scale.

Chinese furniture is usually light, perhaps to make it easier to move. In the typical Chinese home, furniture was routinely moved, depending on the time of year and to conform to aspects of the sun and moon. Practical fittings in metal such as hinges, lock plates and protective edge plates were used but, in comparison to European furniture, purely decorative metal mounts are rare. In fact, the use of metal in Chinese furniture is quite rare, the preference being for construction using doweling and joinery alone without the use of glue or nails.

It was from this basis that Chinese furniture developed its distinguishing characteristics. Use of thick lacquer finishes, detailed engraving and painted decoration, as well as pragmatic design elements, would continue to flourish, be refined and elaborated on, but the essential forms were thus established by the beginning of the Ming dynasty.

It wasn’t until the 18th and 19th centuries that

significant foreign influence began to be reflected in Chinese furniture as it began to be an export commodity. I will leave the topic of Chinese export furniture to another article, because it is a category in and of itself.

What strikes the eye with classic Chinese furniture is the simplicity of form and its concern with function. This creates an elegant line and a timeless quality that endures to this day. Generally made of hard or dense woods like Chinese elm, zitan, rosewoods and bamboo, all lend themselves to longevity by not being prone to rot or insect decay. Many pieces found today are hundreds of years old yet have the look of something made quite recently.

These forms have made their way into the Western home by importers, exporters and collectors. There has developed a trade in reverse importing, as wealthy Chinese are buying in the West and shipping back to China. Underappreciated in its own country for many years, particularly under Mao and his cultural revolution, antique Chinese furniture is finding a welcome back to its ancestral home.

Therefore, many unique pieces from the Song and Ming periods fetch extraordinary prices at auction, but these must be authenticated pieces with provenance. This is a tricky subject and difficult to prove, since Chinese furniture is not signed or marked, like a scroll or piece of porcelain might be. Adding to the difficulty in dating is the fact that the basic forms, construction, woods and methods didn’t significantly change after the Tang dynasty.

Once again, if you have Chinese antique furniture, you must seek out an expert in the field to ascertain its age and worth in today’s market.

Because of its classic form, Chinese furniture has inspired some of the greatest architects and designers of the 20th century, including Mies van der Rohe of the “less is more” viewpoint, Louis Sullivan of the “form follows function” idea, and Jean-Michel Frank, the iconic French interior designer best known for his “Parsons” table, a modernist table design whose legs are equal in thickness to its top. All three acknowledged their debt to Chinese furniture for its inspiration in their own creations.

Being simple, elegant, functional and well made, Chinese antique furniture mixes beautifully with a modern aesthetic.