Curved Sofas Are Back And Taking New Forms - 27 East 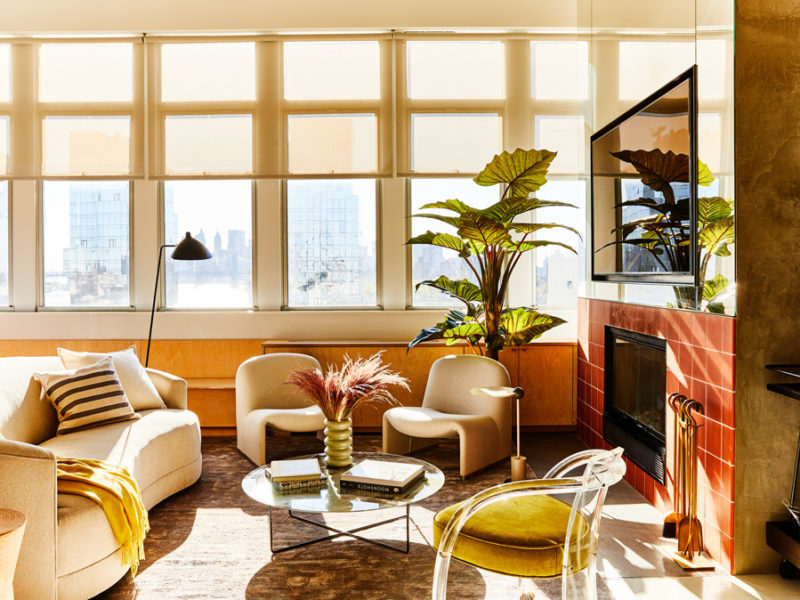 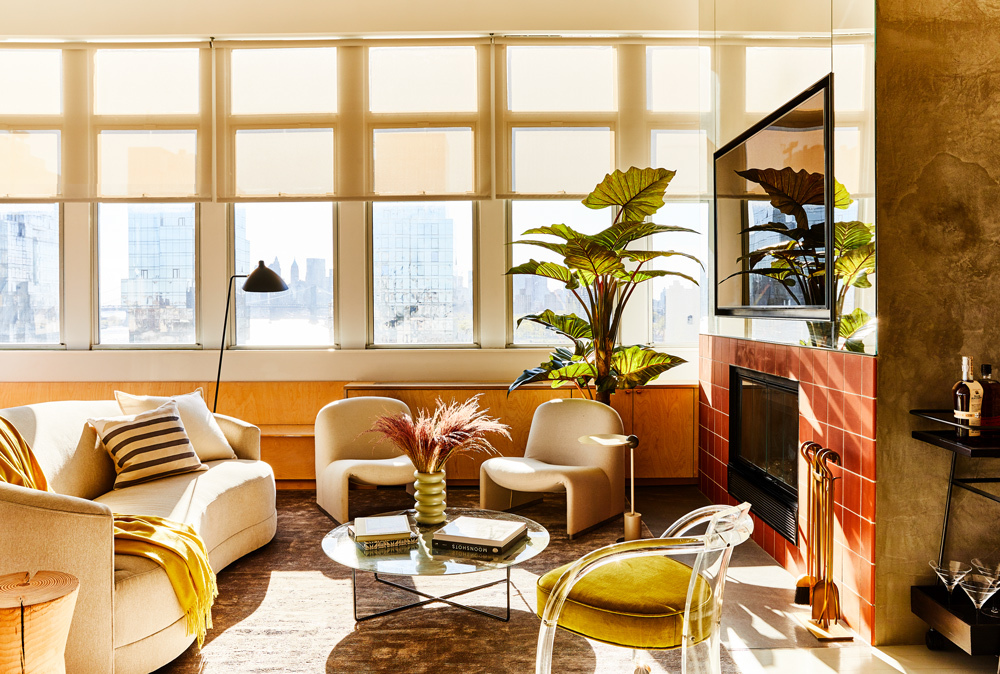 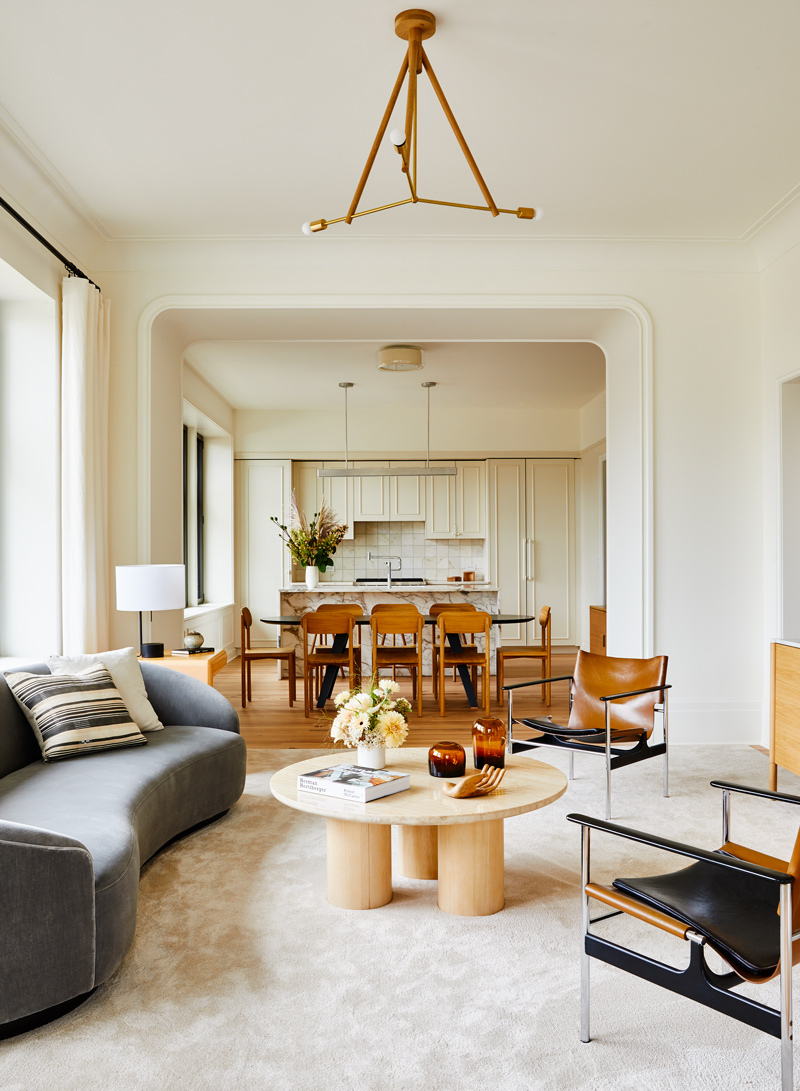 A curved sofa is neatly positioned in this formal living room, parallel to a wall of windows. CHRISTIAN HARDER 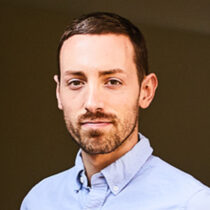 Wherever you’re looking lately, it seems clear that there’s a growing penchant for sumptuous, curved sofas.

There’s an enormous versatility to these pieces that work in an array of spaces and rooms. Like most contemporary trends, there’s a direct link to the somewhat recent past — in this case, think 1980s. However, unlike the mid-century modern craze that swept the nation (and is still roaring in certain circles), we are seeing more than just vintage acquisitions brought back to life or nearly identical reproductions of existing designs being churned out en masse. There’s an added explosion of new forms too, with one simple common thread: a curved seat and back. In full transparency, I’m a fan.

Popularity aside, many people are wondering how they could incorporate this new staple into their homes. Given its somewhat bold shape and departure from decades of what has otherwise been considered “normal,” there’s anecdotal evidence of widespread hesitation in the marketplace. Many instances of a successful installation are marked by the participation of a trusted designer or decorator, with DIYers scratching their heads as to whether such a significant piece is worth splurging on, especially when longevity is often a key concern with furniture of this value. Like clothing that’s too on trend, people are wondering if their love for their purchase is going to fade more quickly than it would for something more straight-laced, especially in a region like the Hamptons, which is famous for its rectangular, white, slipcovered paradigm. However, I’m here to offer some tips on how to make it really work for your home, should you take the plunge.

Broadly speaking, it’s important to make sure that your curved sofa will first and foremost fit: both in the room in question, and also through the potential maze of doors and corridors leading to that room itself. These pieces, especially when of considerable scale, are notoriously tricky to maneuver as they often come in one big solid piece. For the worst case scenarios, a sofa doctor can usually help, but it’s not as straightforward — no pun intended — as most disassemblies. In addition, when the point of entry is challenging, or a sofa doctor fails, consider a sectional sofa with modular curved pieces that can be brought in and positioned individually.

Once it’s established that the sofa will make it into the room itself, be sure that there’s plenty of space for the entire sofa to breathe in its final position. These pieces tend to sing when they take center stage, and whisper when they’re relegated to a dark corner with too many other elements encroaching on their footprint. And if there’s only one takeaway from this entire read, it is this: don’t immediately shove it up against a wall. In fact, curved sofas are often (though not always) best positioned in the middle of a room, as their shape tends to be quite attractive from behind as well; this is one of the key benefits of using one over a rectilinear sofa, which often leaves one wanting something to block the backside, should it be visible.

Of course, not every room is going to be blessed with such proportions. And curvature can vary significantly from a gentle wave to an all-in perfect circular radius. So it will ultimately come down to the piece and the room in question. One rule of thumb is that more subtly curving sofas such as Jean Royère’s Ours Polaire can be happily placed parallel (or nearly parallel) to the center of a straight wall, in contrast with their more sharply curved cousins such as certain examples from Milo Baughman or De Sede, which are often excellent mediators where two perpendicular walls meet. Of course, ensure that in either scenario, proper open space is left between the back and the wall(s) to maximize its intrinsic softening and casual effect. That being said, there are also models made for corners, so be on the lookout for those if a more site-specific and fitted placement is desired.

As for ancillary pieces such as tables, more often than not a round or otherwise organically shaped coffee or cocktail table is best paired with your new curvy seating arrangement. The exact scale need not be a science, but it allows for a more natural complement and has the added benefit of increasing the chances that each person lounging will have fairly easy access to their drink when in need of a sip. Rectangular or square tables, while they may sometimes work, can run the risk of diminishing the overall composition when not done quite right.

Perhaps trickier than tables are area rugs. There’s no rigid rule of thumb here, other than to try to ensure that the entire frontage of the sofa is either completely on or completely off the rug. For those situated in the middle of a room, an oversized rectangular rug that fully extends beyond the back should be fine. But for other spaces, a circular rug can be quite nice. Awkwardly sized rugs that project outward from some edges and retreat underneath in others are a fast way to distinguish between which was done thoughtfully vs. ad hoc.

Finally, it’s usually good practice to make sure that everything is not curved in the room. Lounge chairs, objects, artwork, etc. can provide some orthogonal contrast, which serves to activate and further layer the space. Too many serpentine or organic forms can translate to something that’s ultimately overly restrained and/or trite, so it may be wise to keep more traditional shapes in conversation as well.

Making A Seating Statement: Ottomans Add Sculpture, Function And Personality To Any Room

When it comes to furniture, seating is queen. Surely, neighboring categories — like tables, cabinets ... 14 Mar 2022 by Andrew Bowen

Thanksgiving — or, the unofficial start of the holiday season — is finally upon us. ... 19 Nov 2021 by Andrew Bowen

Labor Day weekend is finally upon us. Despite the title of this column, squarely centering ... 31 Aug 2021 by Andrew Bowen

Chairs are, without a question, a favorite of decorators and collectors alike. They often present ... 14 Sep 2020 by Andrew Bowen
×