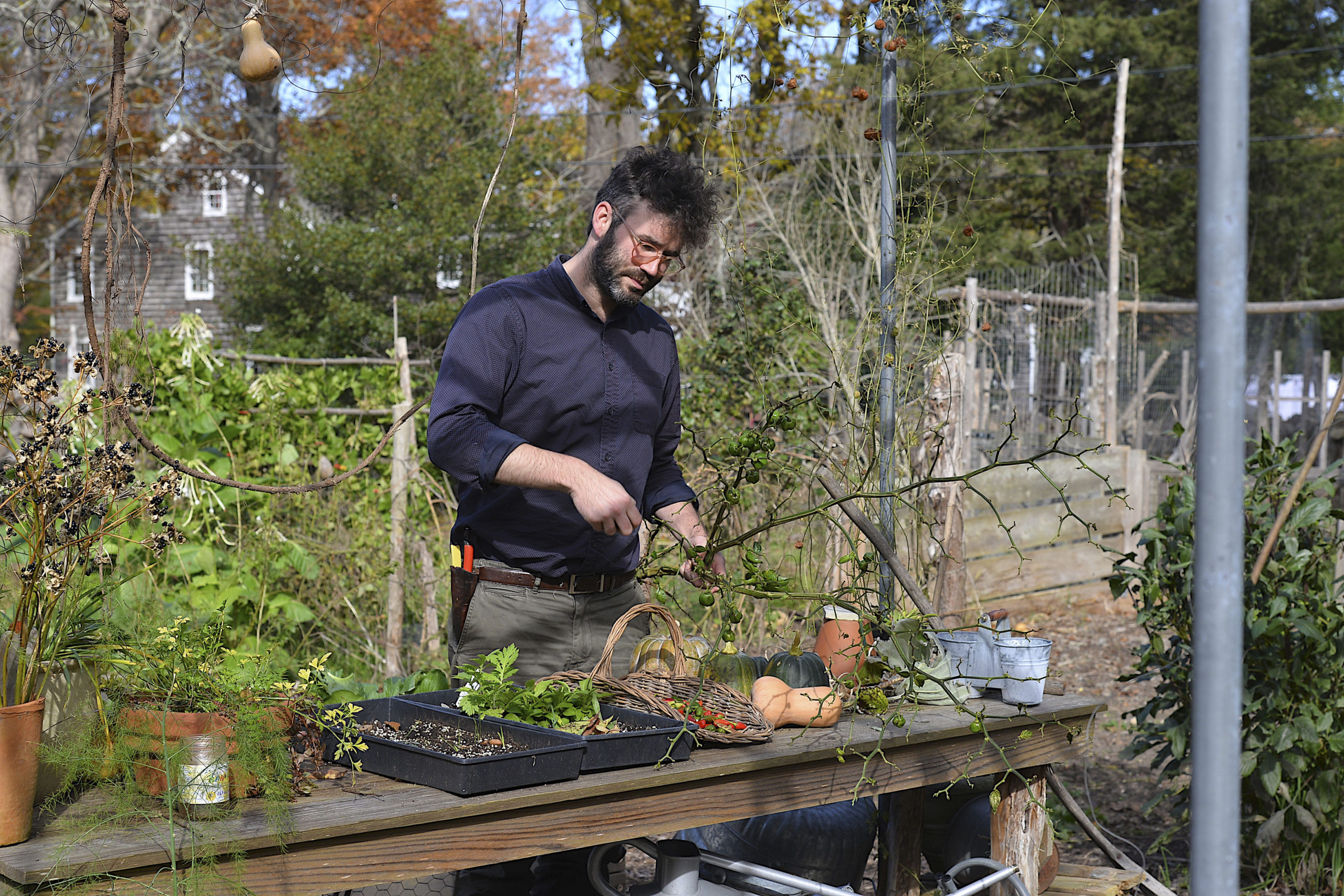 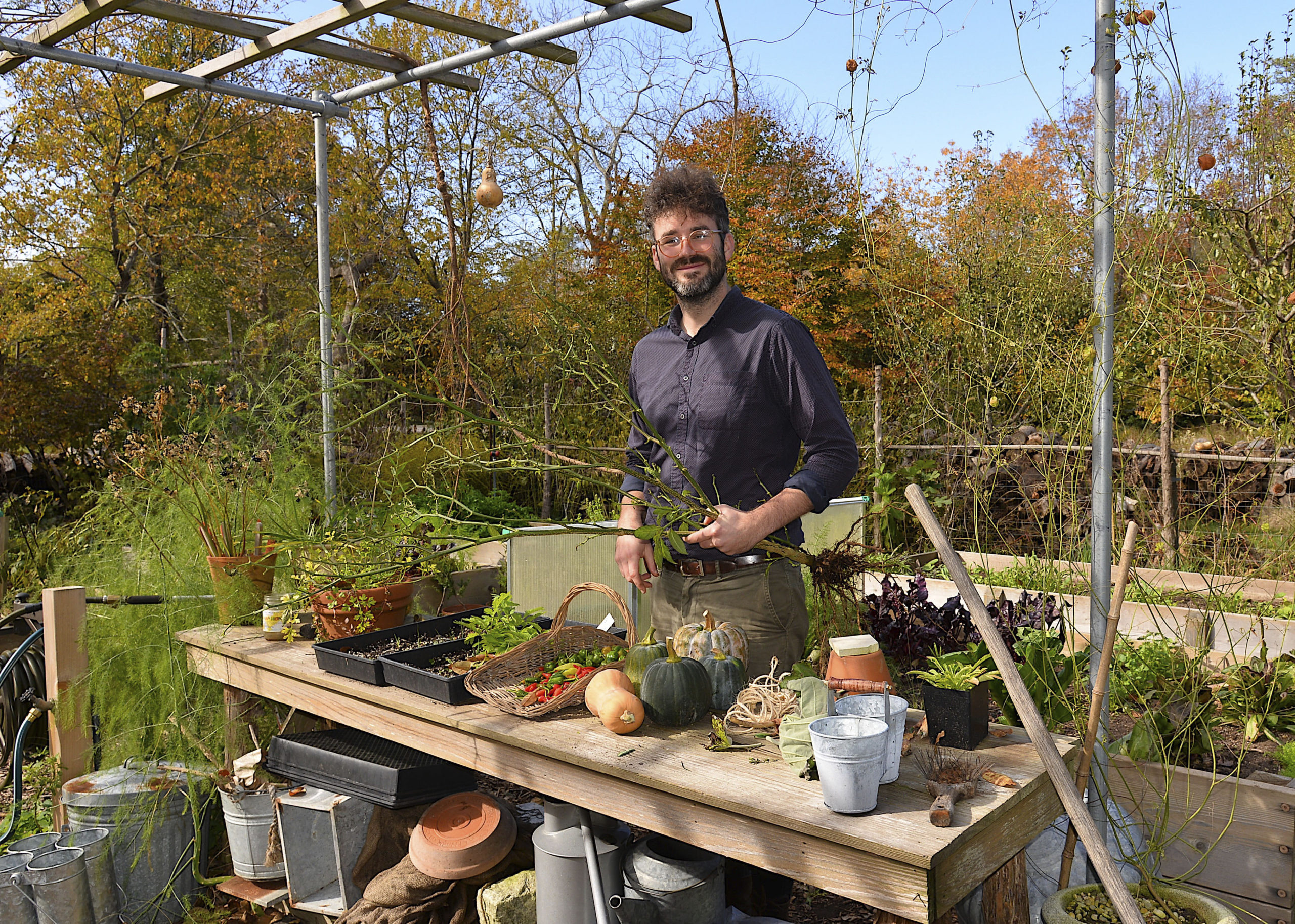 Perfect Earth Project, the East Hampton-based nonprofit that promotes toxin-free lawns and landscapes, welcomed a new gardener/educator this year, just a few weeks before the COVID-19 pandemic emerged in New York State. Timothy Erdmann relocated from Pennsylvania to take on the new role, which, for him, is a welcome opportunity to garden in a new climate with unique challenges.

Mr. Erdmann comes to the Perfect Earth Project from Longwood Gardens, a botanical garden in Kennett Square, Pennsylvania, that comprises more than 1,000 acres of gardens, woodlands and meadows. “In Philly, there are 36 public gardens and arboreta within 30 miles,” he noted during a recent interview.

He said Philadelphia has a strong culture for both home gardening and professional horticulture. The South Fork is like Philadelphia in that way, but the growing conditions are quite different, as Mr. Erdmann has continued to learn with the passing seasons this year.

His initial visit to Marsh House — Perfect Earth Project founder Edwina Von Gal’s home and the headquarters of her nonprofit — was in January.

“When I came up for my interview, that was my first time going east of JFK [Airport] on Long Island,” he said. “So, very new to this whole world.”

He also found it appealing to be on Accabonac Harbor, with salt breezes and other influences of a maritime climate. Though it was the off-season, he recalled that the Marsh House landscape “still felt alive.” Instead of lawn and burlapped hedges, her home is on the more wild, feral end, openly embracing nature, he said. He was also attracted to the ecological bend of Ms. von Gal’s work.

Not only does she practice chemical-free landscaping, she also emphasizes native plants and makes sure to provide food sources and habitat for wildlife. For instance, if a tree falls, she doesn’t cut it down to the trunk, Mr. Erdmann said. She leaves it in place, and it becomes a nesting site for owls.

“One of her biggest rules is that no biomass leaves the property,” he said. “So there’s a lot of innovation with that as well — stacked log walls and haystacks — just ways of making use of what you have.”

He said the property is 4 acres — “more if you include the salt marsh” — with two meadows, a cut flower garden, a vegetable garden, a small orchard, grasslands in between, ornamental bedding, and a terrace with container plantings.

In his inaugural year there, he’s learning about the rhythms of the gardens.

“I’ve been amplifying the way that things are already done but within the framework of what is already there,” he said. “Plus, I wanted to take a year to experience the season and the new climate. I don’t want to be arrogant enough to come in, and then — without seeing a gardening season go through — change everything right off the bat. I don’t think that’s a good approach.”

The biggest limitations he has are the available light and the deer pressure, but he plans to expand the area that is protected by deer fence.

In the growing spaces for annual plants, such as the cut flower and vegetable gardens, he planted things he knew would be exuberant and perform well, he said.

An interesting shift for him was a lack of heat. In Philadelphia, he pointed out, it is not uncommon to have 30 to 40 days each summer with temperatures above 90 degrees. “People joke that it’s kind of a subtropical climate.”

Annuals that took off in midsummer in Philadelphia did not perform the same in East Hampton, he found, so he put them inside cold frames to provide extra heat.

“And another surprise, I would say, would be the deer, for sure,” he added. In East Hampton, he learned, deer browse on many plants that he learned to be deer-proof in Philadelphia and elsewhere. “Putting deer spray on a daffodil, to me, is insane, but we need to do it to keep the flowers,” he said, theorizing that due to overpopulation and a lack of food, deer will browse on plants that would not normally be palatable.

“I like to think the gardens are our proof of concept,” Mr. Erdmann said. “At Perfect Earth, we like to recommend a lot of practices, a lot of processes. We’re not really reinventing the wheel when it comes to gardening. We still have lawns, we still have ornamental beds, vegetable beds, cut flowers, all those things. But it’s the way that we’re doing it that I think is different and noteworthy. And so what we’re trying to prove — and successfully, I think — is that you can achieve all the same ends, if not better ends, by modifying your practices, getting off of pesticides and synthetic fertilizers, and just working with nature instead of against it.”

Mr. Erdmann has a college degree in music rather than horticulture, but he earned a certificate from Longwood Garden’s Professional Gardener Program — now called the Professional Horticulture Program — which is a two-year residential program that includes both coursework and work study.

“That was nice because you kind of got to try on all the different hats of horticulture,” he said.

Rotations included everything from tissue culture in a research lab to climbing trees and working in greenhouses.

He has trained internationally as well, visiting France, England, and Israel to experience different growing climates.

“Writing is an important component of horticulture today, because it’s kind of a dying art,” he said. “A lot of people just — regardless of whether or not they’re interested in it — just decided not to pursue it.”

He suggested that’s because horticulture is usually seen as blue collar work with notoriously low pay. “There are not a lot of young people getting into horticulture, so now more than ever I think it’s important to write about, and just kind of proselytize, and preserve the traditions and talk about the new ones — talk about how things have changed and why they’ve changed.”

The Perfect Earth Project is on the forefront of one of those changes: Abandoning the use of chemical weed control, disease control and pesticides in favor of organic methods that are safer for people, pets and wildlife and encourage a robust ecosystem.

Mr. Erdmann said public gardens, where there is the “highest expectation of perfection,” are often slow to move in that direction.

Because of those chemical diets, the garden soil lacks a community of soil fauna — “microbes, mycorrhizae, your fungal pathways” — that feeds plants, he said.

“In chemical and tilled environments, I mean, the soil, it’s really more dirt than soil,” he explained. “There’s no structure to it. And so, if you suddenly stop all of that and decide to go organic, it’s going to take a little time for that community to build. And so, I think that’s the scary thing for a lot of public gardens, that you’re going to have a few years when everything is establishing.”

And because botanical gardens are dependent on admission revenue, they may not have the patience for that lag time if exhibits go through a period of looking drab.

The pandemic put a stop to many of the in-person events that Mr. Erdmann would have conducted in the first year in his new position, but he looks forward to hosting activities in the future. In a typical year, Perfect Earth Project may welcome local students or students from botanical gardens for tours or a one-day course. The Marsh House property also welcomes guests for the Garden Conservancy Open Days program.

Mr. Erdmann said he wishes to get more involved with garden clubs as well as professional landscapers who would benefit from chemical-free practices that are easier and cost less than conventional practices. “Really, our audience is anyone who is taking care of land,” he said.

A new initiative that the Perfect Earth Project is gearing up to promote is “2/3 for the Birds.” Mr. Erdmann said the campaign asks property owners to pledge that two out of every three plants they install will be native plants. The reason is that native plants are food for insects, and insects are, in turn, food for birds, whose numbers have declined in North America due to habitat loss and pesticide use. And according to renowned entomologist Douglas Tallamy, birds can reproduce successfully and sustainably in a habitat where at least 70 percent of the biomass is native plants.

A website for 2/3 for the Birds will launch soon at 234birds.org. The campaign is not intended to be tied to Perfect Earth Project. “We’re putting it out there for the taking,” Mr. Erdmann said. “We’re not trying to own it.”