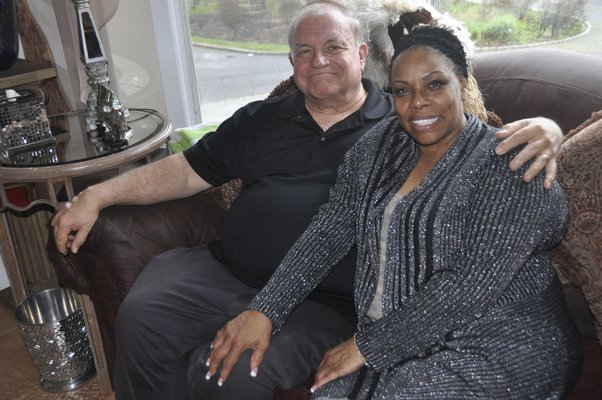 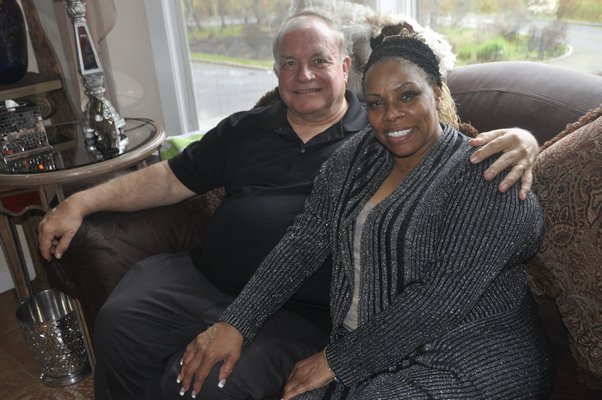 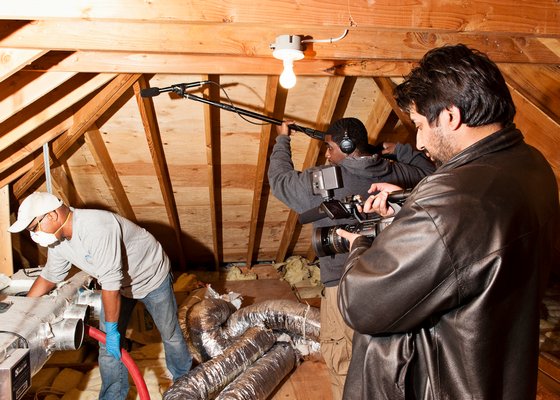 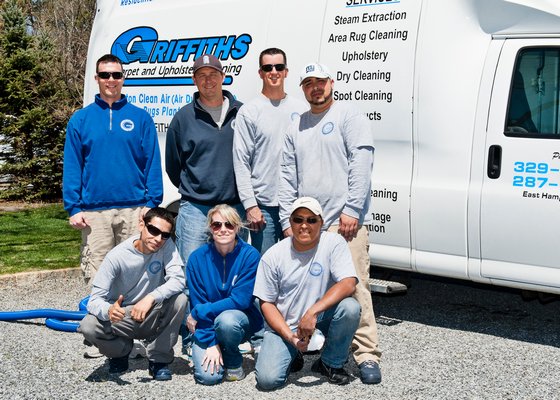 Two days before Hurricane Sandy this past October, there wasn’t a bird in the sky, the deer had fled and an uneasy calm settled over the water surrounding three sides of Dhonna and Bobby Goodale’s Flanders estate.
“This is going to be bad,” Ms. Goodale had thought. “This is going to be very bad.”

When she evacuated her home, she didn’t expect the potential damage—or ensuing hazard control and cleanup executed by Griffiths Carpet and Upholstery Cleaning in East Hampton—to be so extensive as to land her in the pilot episode of a new television show.

On Monday, April 29, a camera team descended upon the Goodale home, following Griffiths owner Isaac Tilstra into the household for residual cleanup—the tail end of a massive, six-month-long process. Edited together with about 20 personal videos and 1,000 photos shot by Mr. Tilstra during the cleanup, the pilot episode footage will be cut into several reels that Mitchell Sacks, Montauk-based producer of MAHA Partners and longtime Griffiths client, intends to present to a few networks in the coming weeks as a teaser to a 26-episode reality series that shines a light on the health risks attached to any type of cleaning, from natural disaster remediation to general home maintenance.

The idea for the series was born of a personal scare in February, the producer recalled last week during a telephone interview. He returned home from vacation to find soot leaking in from the vents, floors and basement of his house. The cause: a major “blowback” from his furnace.

Mr. Sacks had no idea how to fix it, he said, but Mr. Tilstra did.

“You’ll often take for granted what’s in your own house,” Mr. Sacks said. “You just believe it’s your house, it’s safe. Then we started watching what [Mr. Tilstra] did to the house and understanding that the house has a lot more perils than you really realize. You don’t think of your big toe until someone drops a 10-pound weight on it.”
The homeowner had a revelation. He began taking a closer look at the cleaning liquids he was using in his home and how to check for simple problems, such as leaks and mold. And as he began talking more openly about his naïveté, he realized everyone he asked was just as in the dark as he was.

“The aim of the show is to make people aware of their living environments and the dangers that exist for you and your family,” he said. “This is something that could be exciting to watch. We have a company that focuses on edu-tainment. We don’t believe in TV as you normally see it.”

That doesn’t mean the show skimps on the drama. Mr. Tilstra’s photos document the worst of the damage to the expansive Goodale home: 4 feet of water in the crawl space swimming with jellyfish and other marine life on top of a foot of bay silt—which was shoveled and removed by hand.

“It’s a pretty gnarly episode,” he half-laughed, half-sighed last week during a telephone interview. “I would say it was a 10 out of 10, as far as floods go.”

Over the course of four days, Mr. Tilstra and his eight-man crew removed about 5,000 square feet of insulation and filled seven 30-yard dumpsters with debris, uncovering mold and a rodent problem in the house.

“A tree hit the house, so we have visitors who don’t pay rent,” Ms. Goodale said last week during a tour of her home. “I have to get Reptile Rob to come in and trap them. There’s so many ways they have made their way into the house. It’s like a jigsaw puzzle.”

And a potentially deadly one, at that. In June 2011, chiropractor Dr. David Hartstein contracted hantavirus while cleaning up mouse droppings in the basement of his Montauk home and died a little more than a week later. He was 35.

During the 8 hours of filming at the Goodale’s home last month, the crew cleaned out their air duct system, explaining that it is likely used as a tunneling system for the mice and a welcome breeding ground for hantavirus, Mr. Tilstra said.

“My day-to-day stuff that I do is not normal for normal people,” he said, and laughed, “It’s going to be more of a shock for people to see what I do than for me to do the show. I think it will get picked up. The Discovery Channel is very interested in it.”

While this is Mr. Tilstra’s first brush with television, actress and producer Ms. Goodale is well acquainted with the small screen—and so is her house. Last December, despite the Sandy damage, the Goodale home was featured on the TLC special “Four Houses: Deck the Halls.”

“When we were packing up before Sandy, I said, ‘If we save nothing else, save the books and the Christmas trees,’” Ms. Goodale said while standing in her home’s library. “And we did. Life is wonderfully strange. For me, you could lose your house. You can build another house. But my husband? I have an earth-bound angel. I’m not going to get another one. He was safe and my kids were safe. This is all part of life. A house is just a possession.”

But that didn’t mean the couple was willing to do any reenactments for the reality show, which is currently untitled.

“Girl, nobody had enough money to make me do that again,” Ms. Goodale laughed, with a snap of her fingers.