Waterfront Homes Will Always Be King In Hamptons - 27 East

Waterfront Homes Will Always Be King In Hamptons 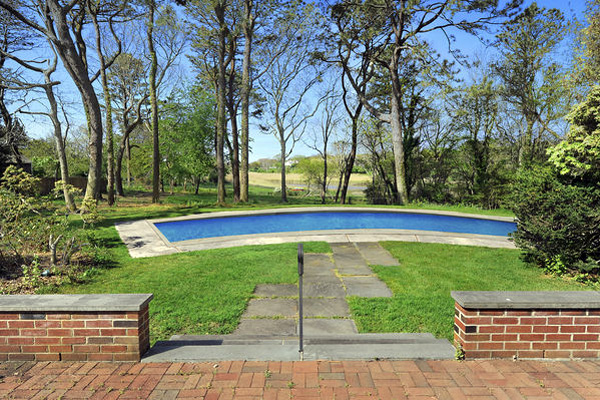 The view from a pondfront home at 6 La Forest Lane in East Hampton. COURTESY CORCORAN 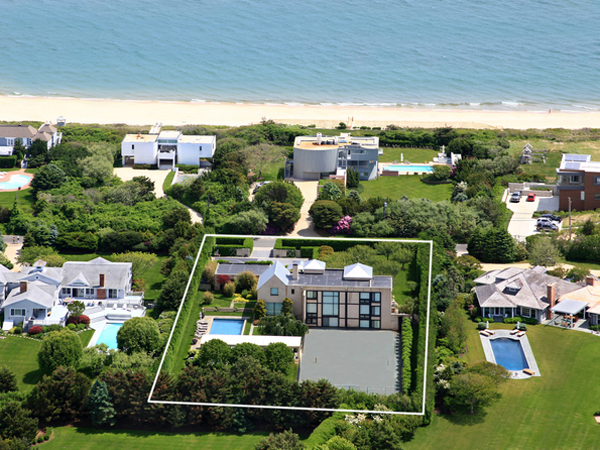 A home at 72 Surfside Drive in Bridgehampton will fetch significantly less money than one on the oceanfront side. COURTESY PRUDENTIAL DOUGLAS ELLIMAN 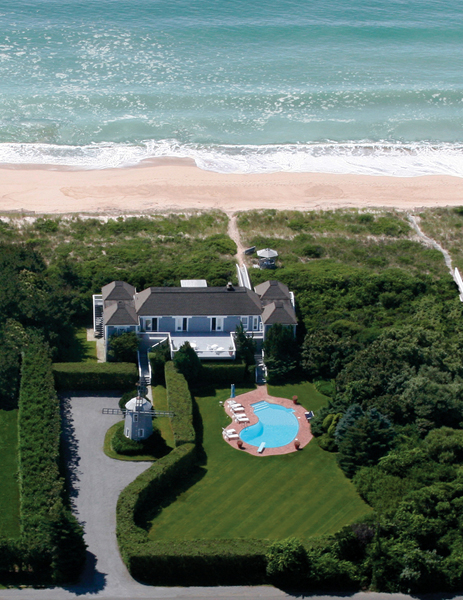 A home at 95 Surfside Drive in Bridgehampton just sold for $13 million. Its new owners plan to tear it down and build anew. COURTESY PRUDENTIAL DOUGLAS ELLIMAN 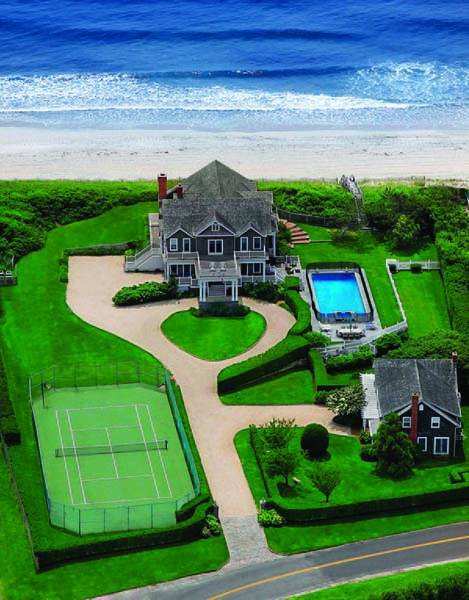 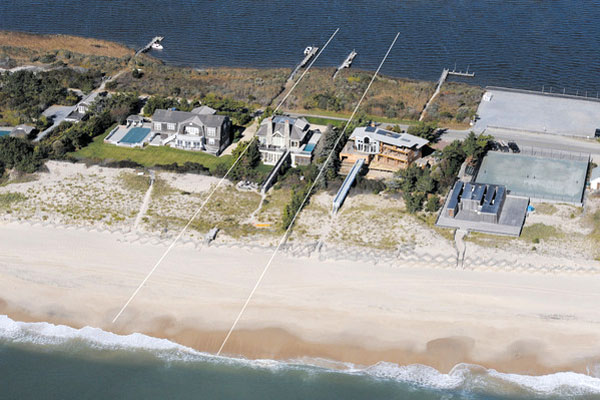 The 6,000-square-foot, shingle-style beach house at 466 Gin Lane in Southampton is inarguably a typical Hamptons getaway, equipped with swimming pool, tennis court and guest house—not to mention that it sits near the Atlantic Ocean, which lies just steps away from its grassy backyard.

But put this manse and all of its fixings on the other side of Gin Lane and its $26.5 million asking price could be slashed by as much as 50 percent, realtors say.

“Oceanfront homes carry the highest price tag by far,” Prudential Douglas Elliman associate broker Priscilla Garston, who works in the Bridgehampton office, said during a recent interview. “Almost every home that has sold in the Hamptons this past year for over $20 million has been on the ocean. One non-oceanfront sale over $20 million that stands out was the sale, last year, of a 35-acre estate with a 22,000-square-foot historic mansion on Millstone Brook Road in Southampton. Aside from a unique sale like that one, nothing trumps oceanfront.”

Generally, vacationers come to the East End knowing what they’re looking for, and it’s almost always water, Mark Schindler, Corcoran vice president and associate real estate broker, explained during a recent interview. Because there’s a definite inventory of waterfront property—an amount that will never be increased—and an unlimited demand, the net result is price premiums along the Hamptons’ shorelines.

“There’s only so much of God’s creation left, so if you have the ability to afford it—a slice of the pie—you do it,” Mr. Schindler, who works in the Westhampton Beach office, said. “The price-point is significantly less west of the canal than the rest of the Hamptons, other than Amagansett Dunes. It’s the same water and the same sand. It really is amazing, but it is what it is.”

There is some give and take, he said. For example, an 8,000-square-foot, higher-end home sitting on a half-acre in West Hampton Dunes could sell for $3.5 million. That same house on a one-acre lot in Westhampton Beach or Quogue would cost nearly double, he said.

“It’s all pretty relative, but the good thing is, in the Dunes, you can get instant gratification living on the ocean, being on the beach for $4 million or less,” he said. “You can’t do that anywhere else in the Hamptons.”

He’s right about that. Oceanfront properties on the market for less than $4 million are a rarity, according to brokers across the East End. Most fetch between $6 million and $40 million, they said.

Even when the house is considered a teardown, potential owners will pay a premium for the ability to live on the water.

For example, the 3,000-square-foot oceanfront Windmill house—most recently home to Secretary of State Hillary Rodham Clinton and former President Bill Clinton—at 95 Surfside Drive in Bridgehampton just sold for $13 million, according to Ms. Garston. But across the street, 72 Surfside Drive—a just over 4,000-square-foot estate with a pool and tennis court—is listed for $12 million.

“[The Windmill house] was on the ocean, but is going to be torn down, so it was just land value,” Ms. Garston explained. “This [72 Surfside Drive] has tremendous house value. It is high-quality construction with a pool and tennis. Someone could easily spend $10 million to build a new home on the ocean, so compared to that, you could get this one for $12 million or less.”

Waterfront living follows something of a hierarchy: the larger the body of water, the higher the price tag. The ocean is the cream of the crop, followed by bays (which often attract boaters, kayakers and canoers), then harbors, ponds, canals and creeks, the experts said.

“There are many different opportunities to live on the water out here without having to pay,” Susan Ryan, a Corcoran vice president who works out of the East Hampton office, said during a recent interview. “A lot of people assume if you are looking to be on the water, it has to be over $10 million. The reality is that we have properties that range from $1 million to the highest number we’re seeing—$45 million.”

Ms. Ryan pointed out that some of the benefits of living on the water—whether physical or psychological—can be achieved oceanfront or pondfront, which in many cases can save a homeowner millions. A five-bedroom oceanfront home with a pool at 1225 Flying Point Road in Water Mill is currently listed for $18.95 million, while a five-bedroom, pondfront home with a pool at 6 La Forest Lane in East Hampton is listed for $6.95 million.

“It’s not oceanfront, but it’s a beautiful property in East Hampton and a great opportunity for someone to come in and renovate the structure to have unbelievable views of the water,” Ms. Ryan said.

Aside from aesthetics, homeowners want waterfront properties because they are “sound investments,” explained Amadeus Ehrhard, a broker with Brown Harris Stevens in Sag Harbor, during a recent interview.

“There is a finite amount of waterfront. Waterfront always sells first. Waterfront always commands a premium,” he said. “One of my first exclusives I sold here in the Hamptons was waterfront on Redwood Road in Sag Harbor. I knew when I got the listing in 2009, even though the economy was bad, it would sell. And it did within three months.”

Waterfront living has been, and always will be, “the golden ring” of the housing market, Town & Country owner Judi Desiderio said during a recent interview from her office in East Hampton. The difference between living on the water and residing inland is like apples to oranges, or diamonds to Cubic Zirconia, she said.

“As someone who owns two Gardiner’s bayfront properties—one I live in—personally, I find looking out to the big blue to be, as I call it, ‘nature’s therapy,’” Ms. Desiderio said. “Looking out over the water is like having the most beautiful painting constantly changing for your pleasure. There’s nothing like it. Once you step off the water, it’s like stepping down from the Major Leagues to the Minors.”