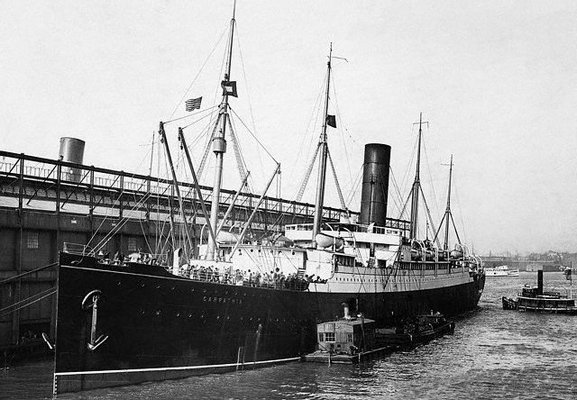 The "Carpathia" docked in New York following the rescue of "Titanic" survivors. 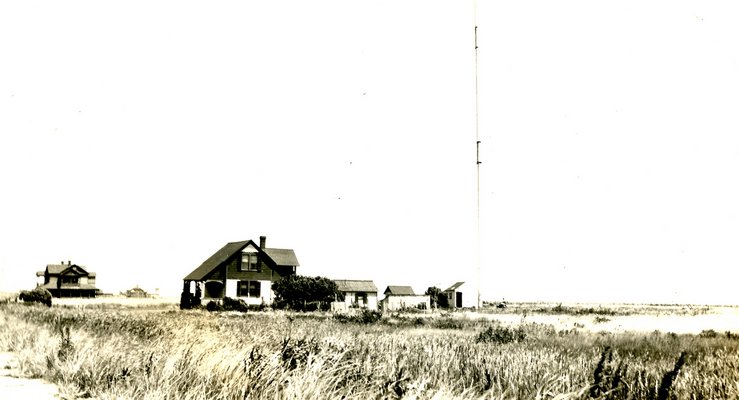 The former Marconi tower in Sagaponack around 1905. COURTESY BRIDGEHAMPTON MUSEUM 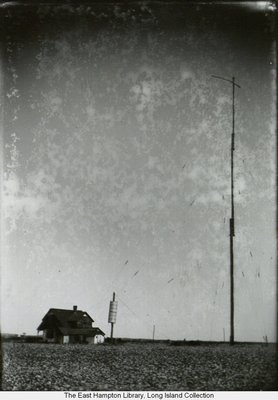 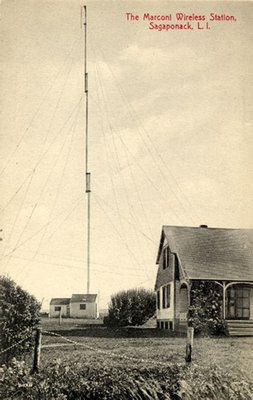 A postcard depicting the former Marconi tower in Sagaponack. 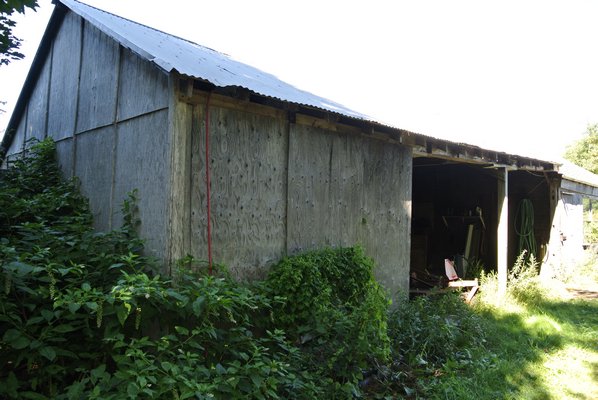 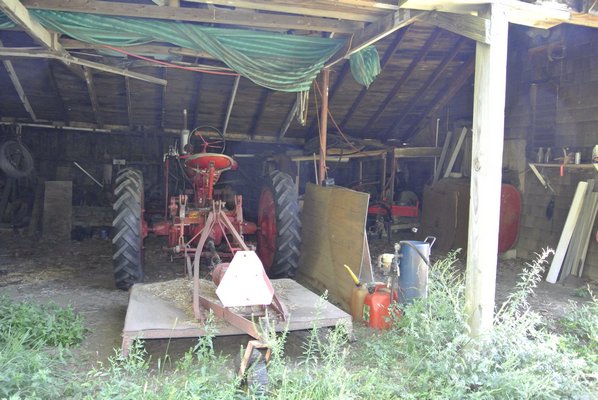 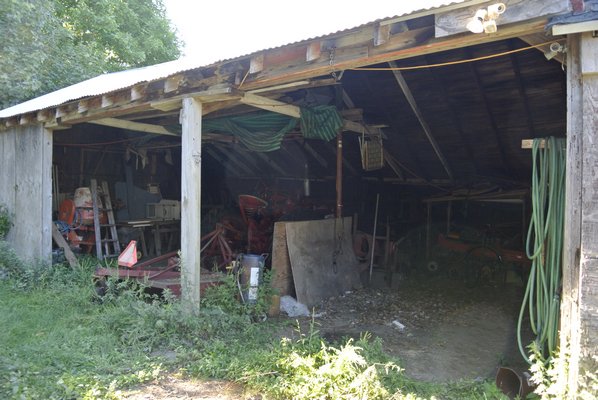 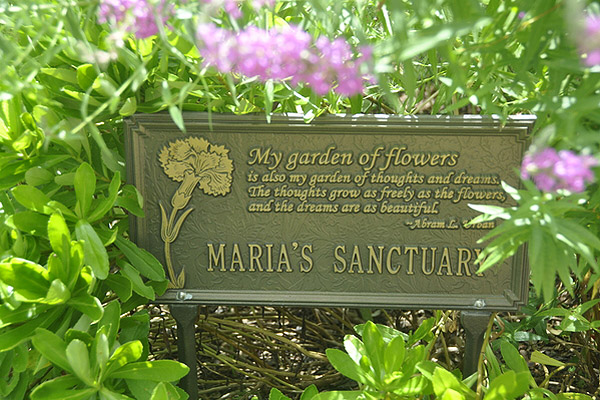 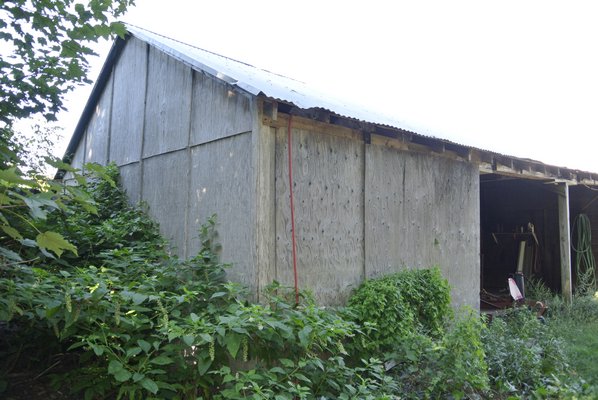 It may be hard, now, to imagine ships traveling the high seas without the ability to communicate with people on shore, which is why Guglielmo Marconi’s groundbreaking wireless telegraph system, which was used just before the turn of the 20th century, was such an amazement.By 1911, before radio—let alone TV—a Marconi wireless tower atop Wanamaker’s department store in New York City allowed passengers aboard Marconi-equipped vessels such as the Titanic to send and receive news from as far as 150 miles away, and to relay them from even greater distances through stations on the coast.

Thus it was in the week of April 15, 1912, outside the Marconi station at Wanamaker’s, that family members and the general public waited anxiously for word of passengers lost or found as the Carpathia steamed west for three days from the North Atlantic to New York City bearing news as well as 704 survivors rescued from the Titanic.

And as the Carpathia advanced, its Marconi operators sent messages to stations like the one in Sagaponack that stood at the end of a quiet sandy path off Sagg Main Street near the beach:

On Carpathia have you heard of Martha

Next to the Sapaponack tower stood a one-story outbuilding in which wireless operators received and sent off these messages. That building now sits on a former potato farm near the Wölffer Estate in Sagaponack, its three bays partially filled with a tractor and other farm equipment, a handmade boat and an antique sleigh stowed in the rafters with a dirt floor below.

Tom Dombkowski, who owns the structure, explained that he’s going to sell the 3 acres on which it sits. “If someone came and said they wanted it, they could have it,” he said of the outbuilding, which he noted was a little decrepit. “You give me a week or two to clean it up.”

His father and uncle had moved the building north to Narrow Lane East about 60 years ago. “Supposedly, they bought it to use for storage,” he said. “Dad told me that they cut it in three pieces and put it on a flatbed trailer.”

The building was at one point used as a labor camp; Mr. Dombkowski recalls workers coming to the house looking for a ride to town after a good week and in good spirits. More recently, Mr. Dombkowski added a shop at one end where he’s been working on a Bronco.

Julie Greene, an archivist for the Bridgehampton Historical Society, said the Sagaponack Marconi station was most likely one of the first to learn that the Titanic was sinking.

The Titanic’s wireless operators continued to use the Marconi distress signal, CQD, as well as the newly adopted SOS, as the Titanic took on water. Both made it off the ship. One, Jack Phillips, died in the water, while the other, Harold Bride, went on to help transmit survivors’ messages from aboard the Carpathia.

The Sagaponack Marconi station used the call letters “MPA,” which can be seen in time-stamped messages from the Carpathia. The first station on Long Island, it had opened around 1902 and was the one that received the most traffic by about 1906, according to Constance Currie of the Long Island Radio and TV Historical Society.

“It most probably did receive signals from the Titanic,” Ms. Currie said in an email.

By 1915, the Sagaponack Marconi station had been closed due to diminishing traffic, and it was dismantled in April 1917.