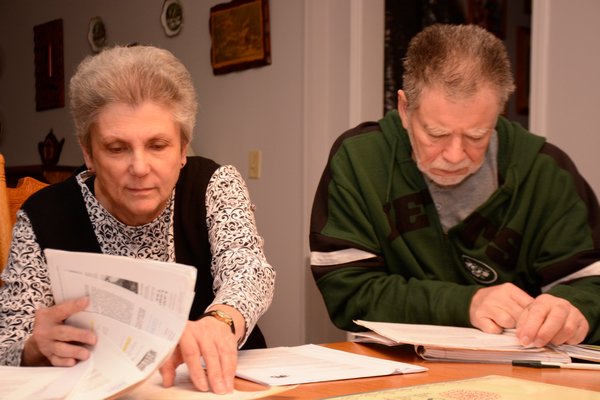 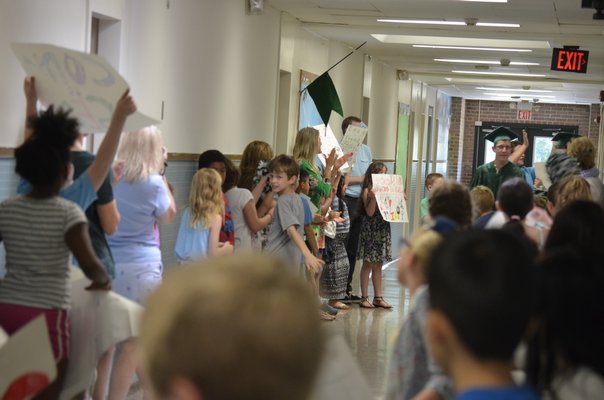 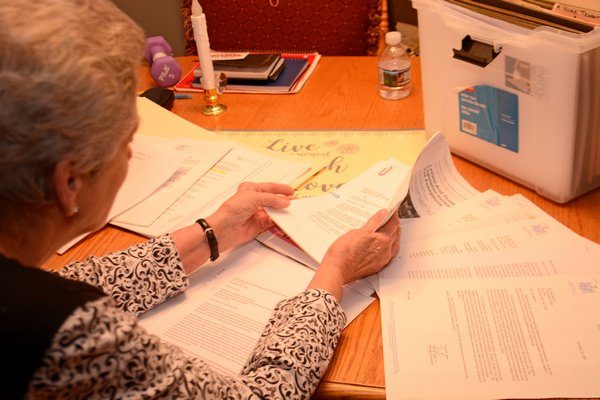 Rent has nearly doubled in a decade for manufactured home residents like Gale Baldwin of Riverside. A bill is working its way through Albany that would allow her to challenge "unjustifiable rent increases" in court. JD ALLEN

A bill that would allow tenants in manufactured home parks to challenge excessive rent increases has struggled to advance through the state legislature for the last 12 years.

Typically, mobile-home residents own only their homes, and they rent the land their homes sit on. Other residents rent both the homes and the land. In both situations, residents are vulnerable to rate hikes because of a lack of state regulation, State Assemblyman Fred W. Thiele Jr. said.

Reintroduced in 2019, the legislation, sponsored by Mr. Thiele and State Senator Kenneth P. LaValle, would give mobile-home owners the right to challenge a rent increase in court if that increase is greater than the consumer price index­—a measure of the change over time in the price paid for consumer goods and services—in New York State, and if the mobile home is their primary residence.

Mr. Thiele has said state law is supposed to protect people who live in such affordable housing from “involuntary forfeiture” for not being able to pay for their homes due to “unreasonable” rent increases.

The bill has advanced past the State Assembly every year but one, but has never reached the floor of the historically Republican-controlled State Senate. But now with a Democratic majority in the Senate, local lawmakers are optimistic.

The Mobile/Manufactured Homeowners Association of Suffolk Inc. has led the charge for the bill to become law. A husband and wife are both on the association’s board: Peter Baldwin is vice president and Gale Baldwin serves as secretary.

Both over the age of 65, they say their rent has nearly doubled in the two decades they have lived at Riverwoods Mobile Home Community in Riverside, making it difficult for seniors on a fixed income like themselves to afford to stay there much longer.

Homeowner association leaders are not as optimistic.

“The plight of senior citizens is the main issue here,” Mr. Baldwin said. “With new personnel [in the Senate], they may not look at the bill as rent control. We do not base our hope on change of party. Our hope is in fairness to senior citizens.”

Mr. LaValle, a Republican, and Majority Leader Andrea Stewart-Cousins of Yonkers could not be reached for comment on the Senate’s approach to the bill this year. The homeowner association also reached out to Mr. LaValle in December, but has not gotten a response.

“This bill has not been able to move to the Senate floor because it was opposed by the real estate lobby,” Mr. Thiele said. “They claim it is rent control, which it is not. This is not government telling a landlord what they can charge. This prevents price gouging.”

In January, management sent the Baldwins their year-to-year lease renewal, including a monthly increase of $39.52, making the monthly bill $1,044.95 after their enhanced STAR exemption—a state tax credit for income-eligible homeowners over the age of 65. Neighbors and association members in other nearby home parks received similar hikes.

In 2000, when the Baldwins opted to rent a quaint home at the end of a cul-de-sac, the rent was $613. Over the course of 20 years, the Baldwins’ monthly rent has gone up $100 more than the consumer price index.

However, home park owners contend they have a right to profit on their properties.

MacLeod Communities, which was family owned by Myron MacLeod until December 2011 when Kingsley Management Corporation of Utah purchased the Riverside property, claimed during heated public hearings in Riverhead in 2011 that rate increases pay for necessary infrastructure investments.

“That’s when we got hit the hardest, when they were in the middle of selling the park,” Ms. Baldwin said. “They pulled one out from underneath us, because we actually had the right of first refusal to buy the park or the lots.”

Riverwoods also advertises a 10-year lease that includes a fixed-rate rent increase for residents who want more financial security, according to the park’s lease agreement.

Regardless, Diana Ruvolo—a Mobile/Manufactured Homeowners Association of Suffolk trustee—said tenants have no control over this substantial portion of their housing costs, which needs to be addressed. She is a resident of the Lakewood community in Calverton.

“We don’t want rent control, but we want our rents to be more reasonable,” Ms. Ruvolo said. “We are seniors on a fixed income. We shouldn’t have to make the choice between making rent and paying for food and medications.”

Nate Nelson, the president of Kingsley Management Corporation of Utah, which owns Riverwoods Mobile Home Community, could not be reached for comment.

Earlier this year, the Mobile/Manufactured Homeowners Association of Suffolk sought clarity on the state’s law from the State Division of Homes and Community Renewal, or HCR, but has not gotten a response. The association has not launched a formal complaint against Kingsley on this issue yet.

The agency is charged with building, protecting and serving affordable housing and increasing homeownership across the state.

“We are assessing rising rents for manufactured home park tenants across New York State and considering ways in which we can preserve affordability and ensure tenants are treated fairly,” said Dina Levy, the state agency’s senior vice president of single family and community development.

The trend of out-of-state corporations buying out manufactured home parks and raising rents has become a problem for the state, which boasts just fewer than 2,000 parks, many of which are located in Suffolk County, according to HCR.

As a result, the agency recently launched the Manufactured Home Advantage Program to help keep existing home parks affordable, without pinching owners. At Governor Andrew Cuomo’s request, the state legislature is weighing a proposed allocation of $5 million to the program in the budget to help offer grants and low-interest loans. This assistance is geared toward the acquisition and rehabilitation of manufactured home parks by nonprofit organizations who want to preserve and create affordable housing.

On its face, the premise of the bill will significantly help Long Islanders who live on a fixed income, but the bill has a long way to go before it’s ready for a vote in Albany, said Ian Wilder, the executive director of Long Island Housing Services, a nonprofit fair housing agency and civil rights watchdog.

“These senior mobile-home owners would have to go to court—that’s a pretty high barrier for them and for this to be effective,” Mr. Wilder said.

In addition to requiring home park owners to fully disclose all fees, charges and assessments before entering into a rental agreement with a prospective tenant, the legislation gives tenants 90 days from the date of an increase notice to challenge “unjustifiable” rent increases. At least 5 percent of residents affected by the increase must be petitioners. Rent can be increased only once a year, under current state law.

Mr. Wilder contends the law is overcomplicated and rent increases should be capped year-over-year.

“Costs on Long Island are out of sight. It is impossible to find affordable housing here. We certainly need some market intervention because whatever we are doing is not working here,” he said. “But I fear that if we put a rent control on these parks, the owners are just going to sell the parks and the residents have to up and leave.”

South of Riverwoods are East Quogue and Hampton Bays mobile home parks, which are two of the largest parks on the South Fork owned by Garden Homes Management in Connecticut.

“I do not object to this bill in principle,” said Richard Freedman, the company’s president. “I do have one concern. The bill should allow for landlords to raise rents by consumer price index without challenge on the portion of the rent that excludes the tenants’ pro-rata share of property taxes, and then allow for a direct pass-through of any increase attributable to property taxes. … Towns frequently raise taxes faster than inflation, or properties are reassessed and the taxes go up sharply, and this bill does not acknowledge that possibility.”

For the Baldwins, they are just looking for some relief. Mr. Baldwin is a disabled veteran who is temporarily in a wheelchair after a bad fall last year.

“We are getting older,” Ms. Baldwin said. “The medical bills are getting harder. Property taxes are rising. Rent has become overwhelming. We don’t want to have leave our home.”