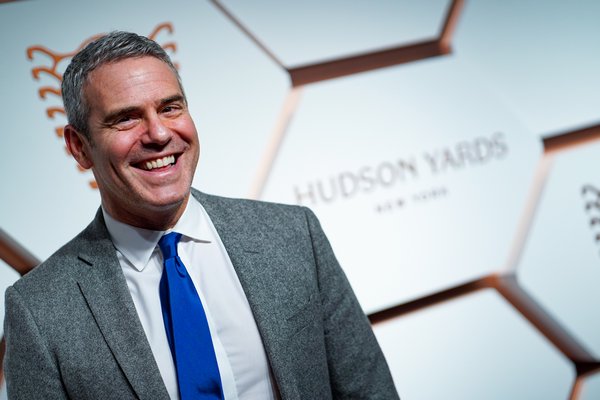 This year has already been a busy one for the television personality Andy Cohen, and it just got even busier with the closing last week of property at 161 Marine Boulevard in Amagansett. Having paid $5.4 million, according to The Reap Estate Report Inc., Mr. Cohen is the owner of a 0.56-acre oceanfront parcel and is expected to begin the building process.

According to reports, the property, with 125 feet of ocean frontage, originally listed for $7.25 million. More good news is that permits are already in place for a house with a deck and walkway to the beach, so neighbors can probably begin counting the weeks if not the days until bulldozers arrive on the beach and the new owner trades in being a Sag Harbor resident for being an Amagansett one.

For those of you not in the know, which of course we (almost always) are: Mr. Cohen is credited with being the first openly gay host of an American late-night talk show. The St. Louis native is the executive producer and host of Bravo’s “Watch What Happens Live with Andy Cohen.” His career began in television as an intern at CBS News, after graduating from Boston University. He spent a decade at CBS, which included stints as producer of “The Early Show,” “48 Hours” and “CBS This Morning.” He joined Bravo in 2004 while also making appearances in front of the camera on “Sex and the City,” “Live! With Kelly,” “Morning Joe,” “Inside Amy Schumer,” and “The View.” And let’s not forget “Sesame Street.”

Speaking of programming for kids, there were headlines earlier this year when Mr. Cohen became the father of a son. No doubt this experience will be fodder for a book, and Mr. Cohen has already authored three: “Most Talkative,” “The Andy Cohen Diaries,” and “Superficial.” Those of you who stayed up late enough on New Year’s may recall that Mr. Cohen co-hosted CNN’s coverage of that night’s events in Times Square with Anderson Cooper.