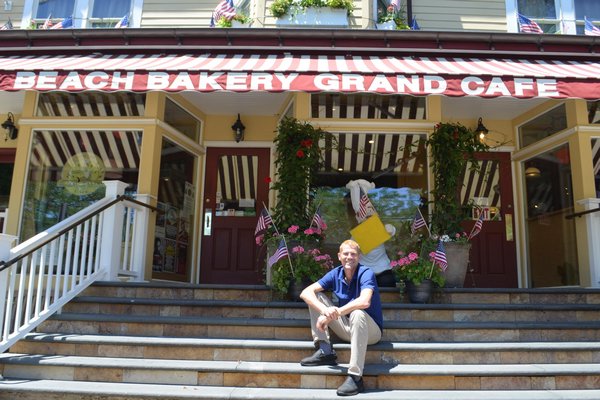 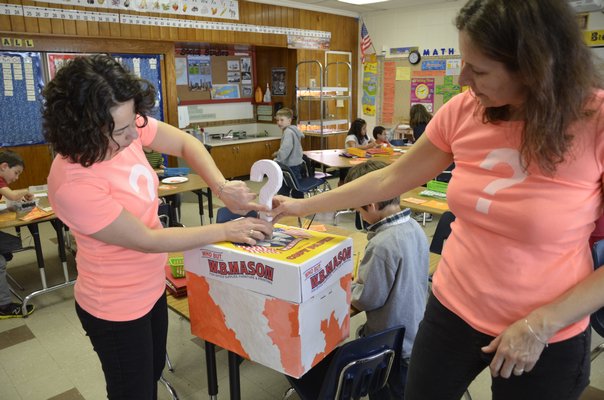 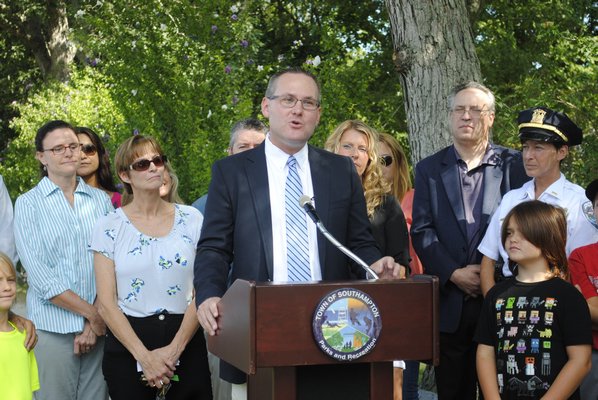 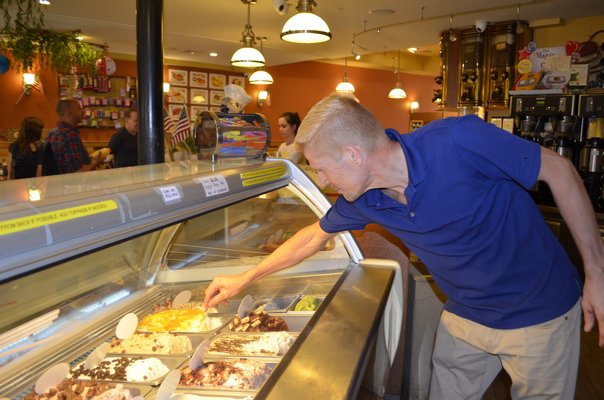 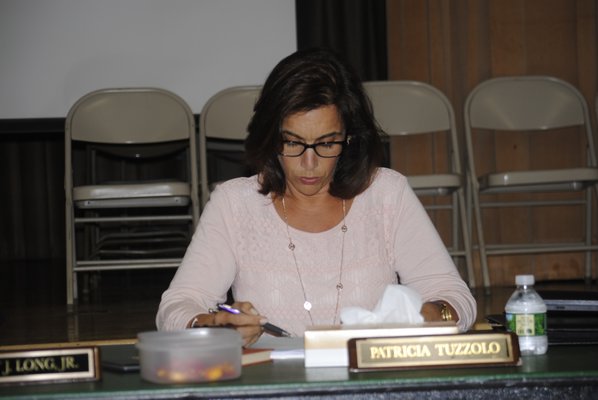 Patricia Tuzzolo, president of the East Quogue Board of Education, during a special meeting on Tuesday afternoon. AMANDA BERNOCCO

Concerns about the future of the Beach Bakery Grand Cafe, which has been on the market for three years and has been described by many in the village as the “heart of Westhampton Beach,” can now be quelled: The bakery has a new owner, but its character and products will remain the same.

Simon Jorna, one of the most recognizable faces in Westhampton Beach, is saying goodbye to the village and the Main Street business he ran and grew for three decades. He sold the bakery on April 26 to Rashid Sulehri, a Lake Grove resident who also owns Montauk Bake Shoppe and Villa Italian Specialties, a deli in East Hampton.

“I never expected to own it for so long. I just bought a small, little bakery,” said Mr. Jorna, who plans to leave the village by September. “I just stayed and stayed, made it bigger and bigger. It became more popular, and I hear every day that we are the center of Westhampton Beach.”

A representative for Mr. Sulehri, Sammy Awan, was at the bakery last Thursday, June 27. He said that Mr. Sulehri decided to buy the Beach Bakery because it is similar in nature to his two other locations and has comparable sales.

“Simon worked very hard for 30 years, and it’s hard to fill his shoes, but with [Mr. Sulehri’s] experience, he’s very, very confident,” Mr. Awan said, noting that the new owner has 20 years of experience in the food industry and has previously owned several fast-food franchises.

Mr. Sulehri wants to increase the efficiency of the management of the bakery to shorten wait times during busy hours and focus more on catering, while keeping products and ingredients the same, Mr. Awan said.

“Things will change—they always do. And that’s a good thing,” Mr. Jorna said. “The problem is, if I own it, things will not change anymore, and that will be the bad thing.”

Mr. Jorna would not disclose the selling price of the business and shared only that it was originally listed at $5.6 million, but that he lowered the price due to a lack of interested buyers.

The Beach Bakery is a kosher, vegetarian cafe and restaurant in the center of Main Street that sells fresh bread, pastries and gelato in the front bakery area, and meals for lunch and dinner in the rear restaurant, where people order at the counter and wait for a buzzer to ring.

It has become a popular destination spot for both year-round residents and summer visitors alike. Aside from the food, people go there to enjoy live music on weekend evenings and to play board games, but also to study, conduct business meetings and get tutoring lessons.

Quogue residents Suri Harris and Alfred Schreiber considered the Beach Bakery their “go-to spot” for 20 years. While waiting for their lunch to be prepared, the couple said that they visit the bakery at least once a week and has made it part of their Saturday night routine—eat dinner nearby and then visit the bakery for dessert.

“I just couldn’t imagine being out here without this place. It’s just interesting how a place of business can become so much a part of your experience,” Mr. Schreiber said. “The whole experience is special and unique, and we’re just really hoping—and I think everybody in the community is—that it will stay like that.”

By the end of summer, Mr. Jorna, 54, will embark on his retirement vacation plans with his husband, Da Zhi, to Miami and Berlin, where he has a house, and later to countries in Asia and South America.

On Thursday, he sold his other Main Street property, the former Books & Books property at 128 Main Street, to the current owners of the former Magic’s Pub at 115 Main Street, Lance Farlow and his two partners under a limited liability company. He also recently sold two residences he owned in Westhampton Beach and Flanders.

Although he is no longer the owner and officially retired two weeks ago, customers can still find him behind the pastry cases and making repairs throughout the cafe. He said he was always a hands-on owner who preferred to be on the floor with other employees and socializing with guests.

Word of him selling the bakery quickly spread among locals who have frequented the bakery for years. He said that customers have been approaching him every day recently to bid him a fond farewell.

Debra Martin, a longtime village resident, came up to Mr. Jorna on her way out of the bakery last Thursday.

“He is wonderful. This man has done so much for so many people, you have no idea,” Ms. Martin said. “He never says anything about what he does for everybody. It’s been an honor for me to know him.”

Mr. Jorna is originally from the Netherlands and has lived on the East End for 33 years. His first American job was at Montauk Bake Shoppe, where he was promoted to manager within his second year. He left that job after two years and partnered with his friend Hubert Venneman to own and operate the Beach Bakery in 1988. He bought out his partner’s share for full ownership two years later.

The bakery underwent a $2 million renovation in 2013 that doubled the square footage and nearly tripled the seating capacity to 32 seats. In hindsight, Mr. Jorna said he should not have done the renovation, because it ultimately cost him much more than he would have liked.

The former bakery owner was also heavily involved in the development of the village. He became a familiar face at Village Board meetings and was never afraid to voice his opinion. Mr. Jorna also sat on the board of directors for the Greater Westhampton Chamber of Commerce as of last year, and was a member for 29 years before that.