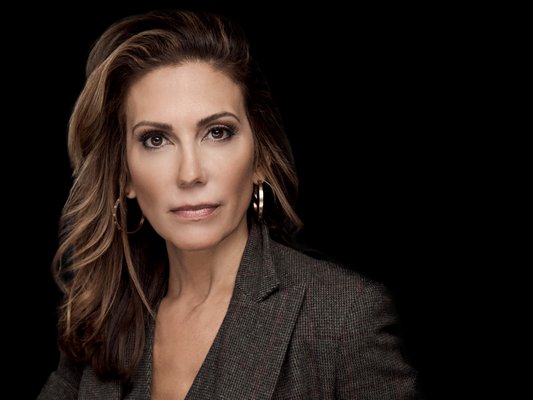 The luxury real estate firm Brown Harris Stevens has existed since 1873. What it never had, before now, was a chief executive officer.

Ms. Freedman began her career as an attorney, working first as an assistant state’s attorney in Montgomery County, Maryland, before moving on the juvenile rights department of New York City’s Legal Aid Society, which provides legal assistance to indigent people.

When her daughter was born, 17 years ago, Ms. Freedman made a turn into real estate.

“I started to sell real estate in Manhattan,” she said. “I loved it and did really well. I was at Corcoran, but I rose through the ranks, had a lot of success and got tapped into management.”

In 2013, she moved to Brown Harris Stevens, where she took a position as executive senior vice president. Her upward trajectory continued; by 2017, she was promoted to co-president, serving alongside Hall Willkie.

A company like Brown Harris Stevens, with an established track record and quantifiable success, did not necessarily need to seek change. As Ms. Freedman said, however, sustained growth caused the company to re-think its strategy.

“The company seemed to need more of a cohesive environment,” she said. “The owners really felt that we needed to look at everything. I have really good relationships with our managers in the other regions, and it was sort of organic.”

The regions represented by Brown Harris Stevens include, in addition to New York City, the Hamptons, Palm Beach and Miami.

Ms. Freedman believes that her values, which she described as “very in line with Brown Harris Stevens,” are part of the reason that she was appointed the company’s first CEO. But she also pointed to her ability to nurture relationships with agents within the company.

“I think emotional intelligence is really important,” she said. “We have to be able to listen to and communicate with and support our individual agents. I’m very good at identifying talent and hiring the right people. [And] they saw that I had really solid relationships with the agents. There’s a level of trust, which I think matters.”

Thus far, Ms. Freedman has presided over a “steady, stable market.” She conceded that the year began slowly, but that sales—and morale—have picked up of late.

“The high end has had some movement lately,” she said. “In the Hamptons, business has been pretty good. The Hamptons has been a little more challenging. It has gotten hit a little harder. We’re just kind of slow and steady in the Hamptons.”

Acknowledging the hyper-seasonality of the Hamptons market, she said Hamptons homeowners looking to take advantage in a buyer’s market should consider preparing their homes for sale as early as January or February: “Getting ahead of the curve is good.”

As to the perennial question as to whether technology has supplanted the work of knowledgeable agents in the field, Ms. Freedman offered a resounding no. “The fact that the information is so readily available to everyone [on the internet] is great,” she said. “It has made everyone more aware, which I love.”

The availability of content has opened doors for buyers, allowing them to gain a clearer understanding of the market even before partnering with an agent. This access has expanded the understanding of real estate, and, in many ways, this has fortified relationships in the field.

Still, with access sometimes comes professional peril. That information, Ms. Freedman stressed, is not a substitute for the work of a professional. “The data is not knowledge. We give them the data, but then we have more to explain about the building, the architecture, the layout. All that stuff matters to sophisticated buyers and sellers. When you’re dealing with people in this type of a market, they want service.”

Perhaps what best demonstrates Bess Freedman’s approach to leadership in her capacity at Brown Harris Stevens is her devotion to individual relationships. Recognizing that real estate is not purely transactional means that she sees nuance where others may not. And real estate is anything but impersonal; a buyer must put his or her entire financial life on display.