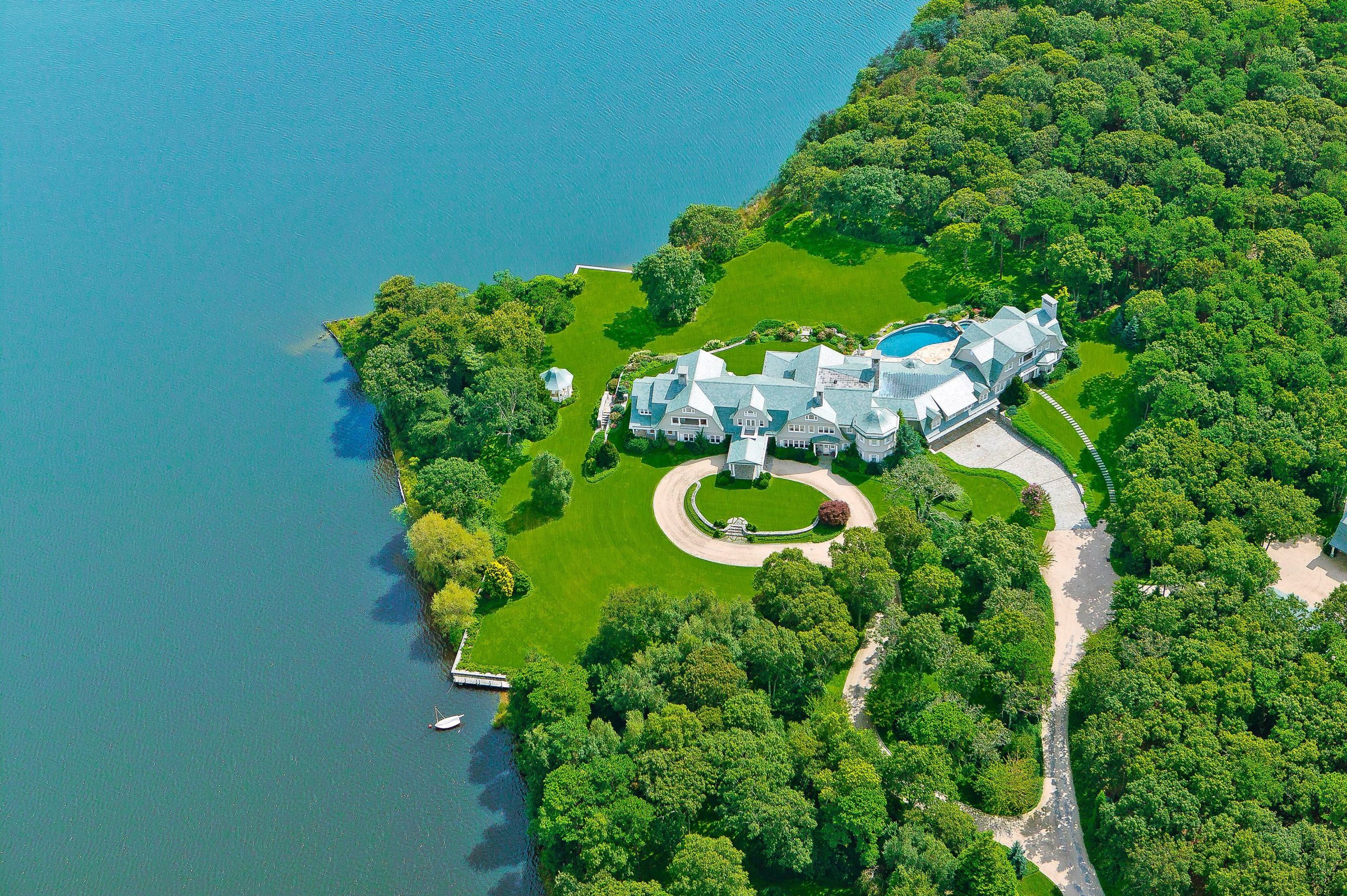 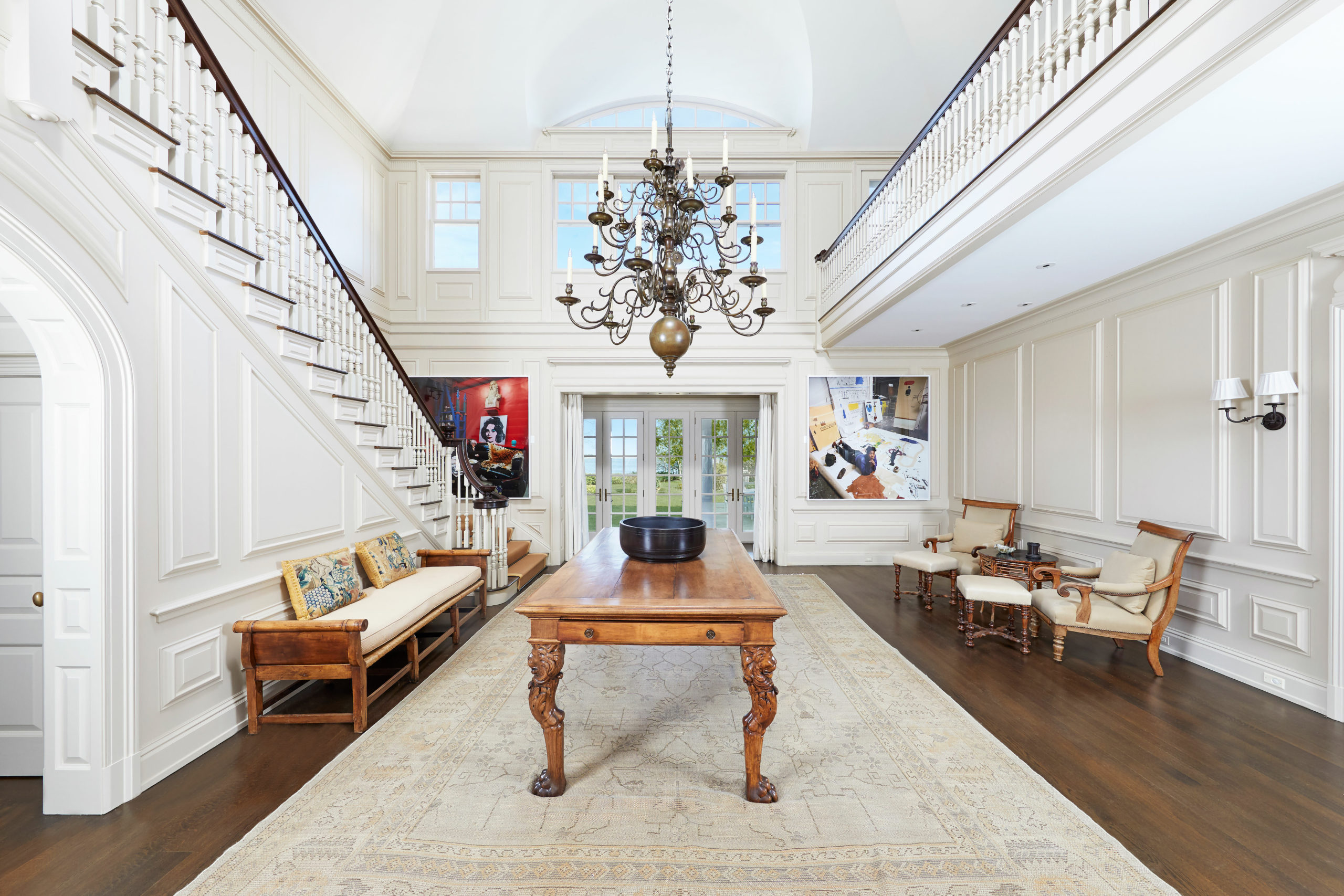 Burnt Point, a gated 25-acre estate in Wainscott designed by Francis Fleetwood, has sold for $47 million — more than five years after it was first listed for $95 million, fully furnished.

At 38 Mathews Road, the estate is on a peninsula that juts out into Georgica Pond, with 2,024 feet of waterfront. It boasts an 18,000-square-foot Gambrel residence completed in 1999. A 2015 New York Times article announcing the listing noted that the estate was originally designed for commodities trader David Campbell, with interior architecture by Brian O’Keefe and interior design by Marjorie Shushan.

The steel-frame construction main house has five principal bedroom suites plus a self-contained three-bedroom guest wing. The residence is complemented by a waterside pool and spa, a tennis court and a dock.

The house has a double-height entry hall, 200-year-old antique flooring and water views from almost every room. Among the amenities are two elevators, an eat-in kitchen with commercial grade appliances, a beamed library, a paneled office, a professional screening room and a wine cellar.

The seller was The Stewart J. Rahr Foundation, a charitable organization started by Stewart Rahr, the founder of pharmaceutical wholesale distributor Kinray. The 2015 Times article noted that Mr. Rahr had transferred ownership of the estate to his foundation that year. “By donating this house to my charitable foundation, its contributions to medical research and youth initiatives can be stepped up to an even higher level,” he told The Times.

The asking price was slashed a few times since 2015 and was listed with various brokerages. By 2020, the ask stood at $56 million.

According to Bespoke Real Estate, which had the listing when Burnt Point sold, this sale is the most expensive trade ever of a non-ocean waterfront Hamptons property.

The Real Estate Report Inc. says the sale closed on April 16, and the new owner is TOBH Properties LLC.