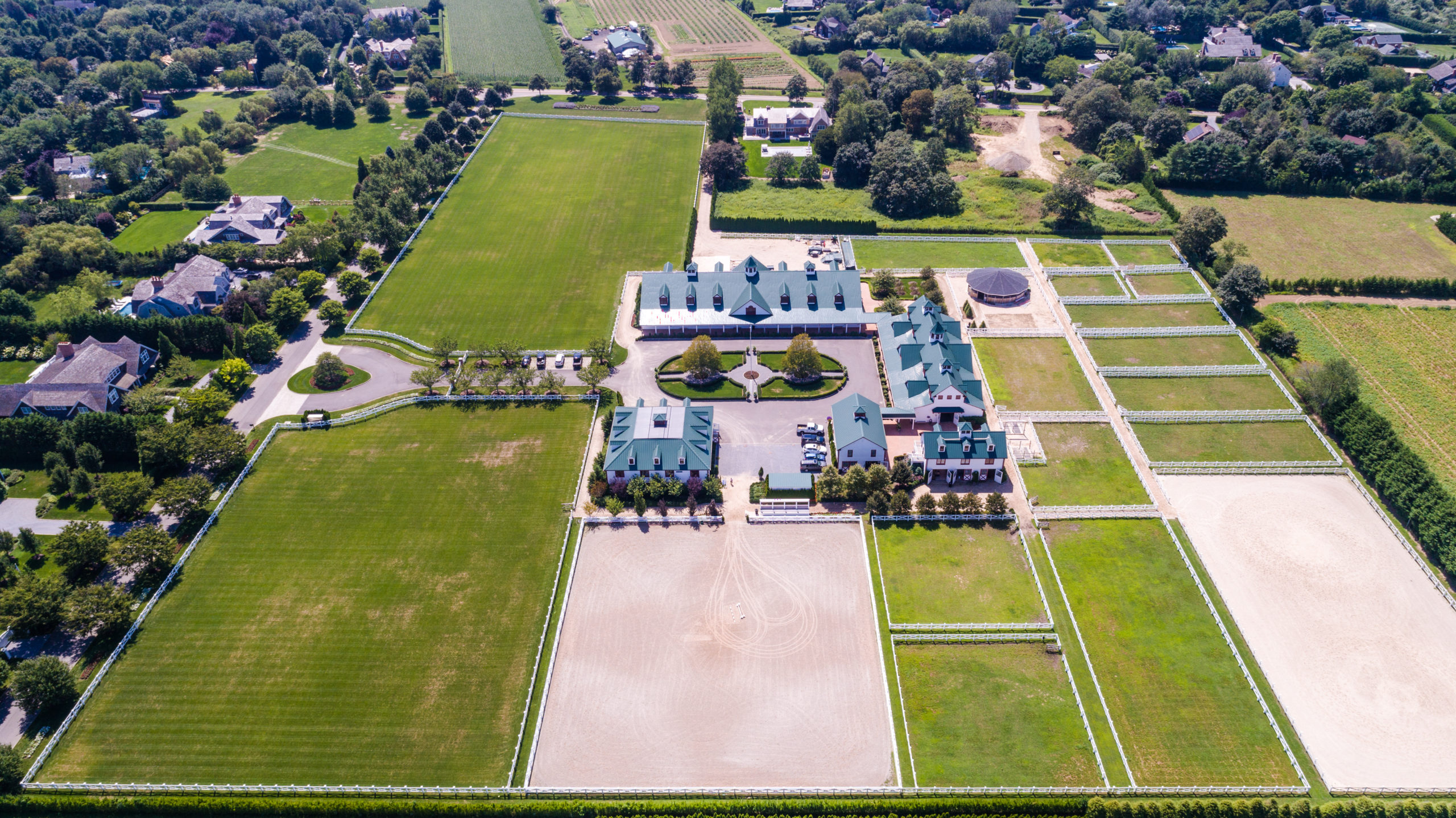 The Campbell Stables, an equestrian compound built in Bridgehampton in 2015, has sold with a last asking price of $20 million, according to Douglas Elliman Real Estate, after several years in search of a buyer. Traded.co reports that the final sales price was $14 million.

The sale of 6 West Pond Drive, represented by Tal Alexander and Sara Goldfarb, closed on August 13. The gated property is 16.5 acres with an additional 2.6-acre agricultural reserve to accompany it. Designed by DHMurray Architecture, the facilities include five structures with white clapboard facades, hunter green standing seam roofs and red muntins and mullions, and three outdoor rings with viewing stands. A 15,000-square-foot arena has an air-conditioned second-floor viewing lounge with entertaining space, a family room and a private bath. Other amenities include two tack rooms, a veterinarian and managers offices, and staff housing. There are 27 horse stalls in all and 13 paddocks.

The stables are named for Bob Campbell, the late shoe magnate who died last year at age 82. According to Footwear News, Mr. Campbell, a Pittsburgh native, was the founder, chairman and CEO of BBC International, a Boca Raton-based global business that designs, sources and sells both licensed brands — including Disney and Marvel — and its own in-house footwear brands.