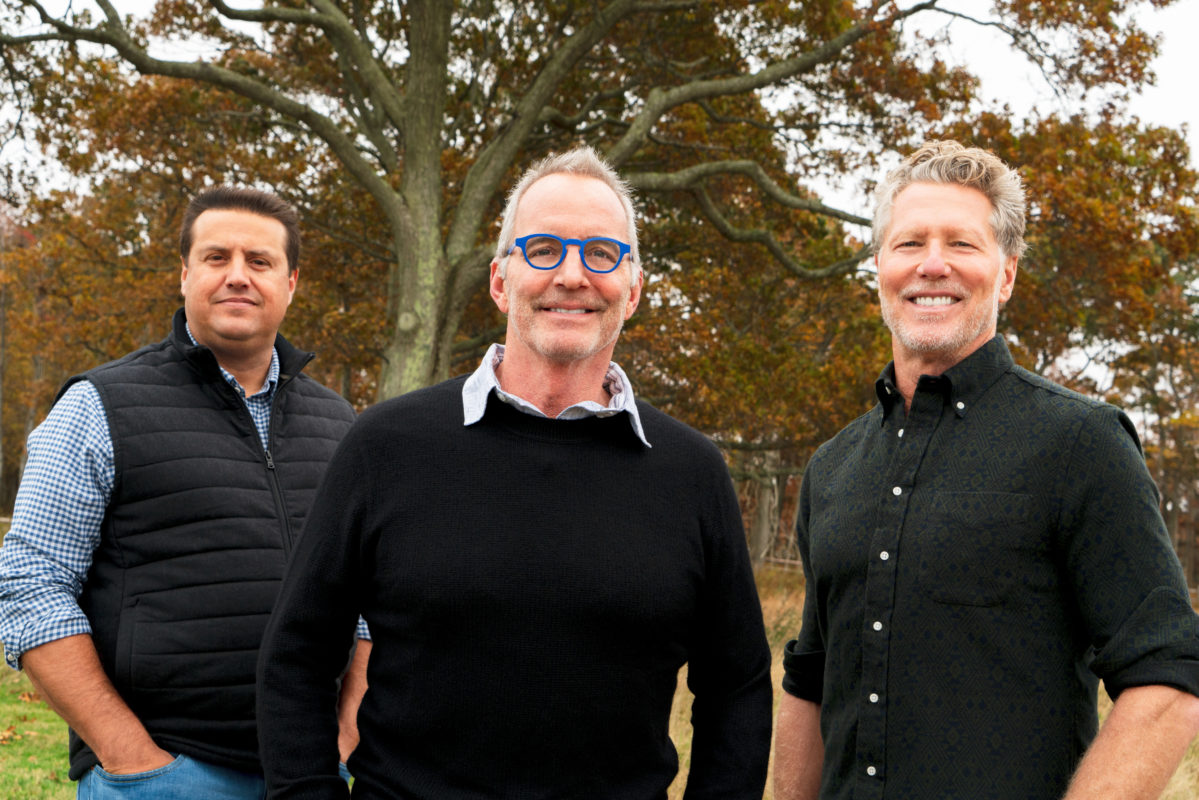 Cee Scott Brown and Jack Pearson, a duo of associate brokers who are veterans of the East End real estate industry, have joined Compass, a firm that has established a foothold on the South Fork in recent years.

The Cee Brown & Jack Pearson Team had been with The Corcoran Group since Allan M. Schneider Associates was acquired by Corcoran in 2006. Named Corcoran’s No. 1 sales team in the Hamptons, it has been responsible for more than $500 million in sales in the last five years.

Speaking on Wednesday, November 6, his first day with Compass, Mr. Pearson said that he and Mr. Brown are entering the third part of the trilogy that is their real estate career together.

“The first third of it was being with a boutique business, such as Allan Schneider. The second part of the trilogy is really us being with a bigger, more corporate company, like Corcoran, which provided us with an incredible experience and a lot of success,” Mr. Pearson said.

And then they got to talking about how they would complete their trilogy.

“Compass came on the scene, and we did our due diligence,” Mr. Pearson said. “And we feel that Compass is the wave of the future and felt like this would be a great, great move for us. And it’s really exciting because I think that they are built in a way that addresses real estate in the future successfully.”

Compass, founded in 2012, is a national brokerage that bills itself as a modern real estate technology platform. It opened its first Hamptons office in Bridgehampton in 2015 and has since expanded to East Hampton, Sag Harbor, Southampton, Westhampton Beach and Montauk.

Mr. Pearson will work out of Compass’s Bridgehampton office, while Mr. Brown and the third member of the team, associate broker Jeremy Dunham, will be based in Sag Harbor. Mr. Dunham, the team’s rental manager, joined about five years ago. “He does a lot of our groundwork,” Mr. Pearson said.

“We are extremely proud to welcome Cee, Jack and Jeremy to Compass,” said John Gicking, Compass’s managing sales director in the Hamptons, in a statement. “They are considered among the most well-respected agents in their field, not only by their customers and clients, but also by their fellow agents.”

Mr. Pearson lives in Water Mill, and Mr. Brown lives in Sag Harbor. They both moved full-time to the East End, where they were previously weekenders, from New York, where they had previous careers. Mr. Pearson was a fashion retail executive and worked for Neiman Marcus, Bloomingdale’s and Saks Fifth Avenue. Mr. Brown has a Master of Fine Art in museum studies and worked for the Museum of Modern Art, the Holly Solomon Gallery and Creative Time before entering real estate in 1996.

They became great friends and did deals together when working for Allan M. Schneider Associates, Mr. Pearson explained. “When Corcoran purchased Allan Schneider, Cee and I felt like we would be more effective as a team since Corcoran was obviously a much larger company than Allan Schneider, and there were so many teams in the New York market that inspired us.”

They were the first Corcoran agents to operate as a team in the Hamptons market, he added. Mr. Brown worked in Sag Harbor, and Mr. Pearson worked in Bridgehampton. “We felt that those were our expertise geographic areas, and we wanted to maintain that breadth and diversity,” Mr. Pearson said.

They are maintaining the same arrangement with Compass and will continue to sell from Southampton to Montauk.

“We just feel that it’s a strategic advantage because we are around different people. We are interfacing with two different offices and markets, and it enables us to really get the word out about our listings in a more broad way, and you get more information that way as well because you just learn a lot from the people around you.”

Mr. Pearson said that today real estate is about “reaching customers in a technologically advanced way” with artificial intelligence and algorithms, and that’s one of the things that attracted him to Compass.

“You’re dealing with people who have expertise in marketing and technology,” Mr. Pearson said. “They have engineers who have come from Amazon and Google, and they are giving the agents the tools they need and the training that they need to adapt to the future and the technology of our life today. The old model of real estate was sort of top-down, and you just interfaced with someone above you — a manager — and they helped you in whichever way they could, but not in a very modern way.”

He said he looks forward to combining the experience that he and Mr. Brown have with “a company that is visionary and knows how to help the agent succeed in a way that today’s world requires.”