Chester Arthur Slept Here, And So Could You - 27 East

Chester Arthur Slept Here, And So Could You 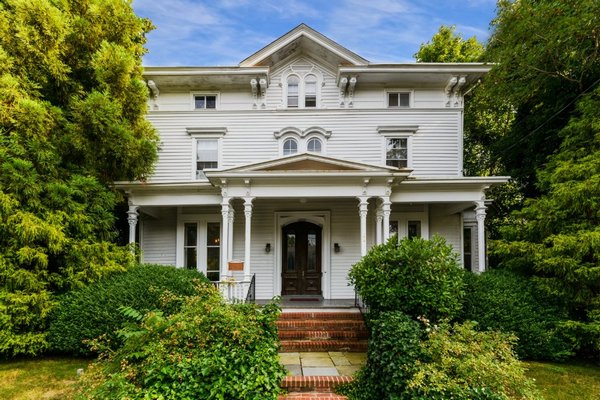 Chester A. Arthur's summer White House can be rented this summer.

If your bucket list includes owning a piece of President Chester A. Arthur, here is your chance. His house on Union Street in Sag Harbor is available as a summer rental, with the price tag being $390,000.

Of course, it has not been his home for quite some time. During his tenure as president, 20 Union Street was known as the “Summer White House” whenever he resided in Sag Harbor. It is fitting that the dwelling is just down the street from the Custom House, because his stint with U.S. Customs launched Arthur’s career in politics.

His father, a Baptist preacher, had emigrated from Ireland to Vermont, where Mr. Arthur was born in 1829. He became a lawyer in New York, and during the Civil War he was the state’s quartermaster general. Mr. Arthur’s appointment by President Ulysses Grant in 1871 as collector of the Port of New York gave him a formidable base of power because he now ruled over thousands of employees and could hire more from Republican ranks. When it seemed that Arthur was becoming too powerful, President Rutherford B. Hayes fired him.

In January 1881, Hayes was out and James Garfield was in as president, with Mr. Arthur as his vice president. Before the year was out, Mr. Garfield was dead due to an assassin’s bullet and Mr. Arthur became the 21st chief executive of the United States. Though some critics saw him as a GOP hack, Mr. Arthur turned out to be a pretty good president. He became a champion of civil service reform, his administration enacted the first federal immigration law, and he tackled unfair tariff rates. Chances were he would be reelected. But Mr. Arthur was diagnosed with a kidney disease that turned out to be terminal, so he did not run again, and he died less than two years after leaving office, in November 1886.

During his time as president and in his last years, Mr. Arthur enjoyed his Sag Harbor retreat. It had been built in 1796 for the whaling captain Lester Beebe. In 1876, it had been renovated by the New York architect Stephen B. French. In the intervening years, the property went from one owner to another, then it was sold two years ago for $3.9 million.

The most recent renovations have just been completed. For your $390,000 this summer, you will rent a third of an acre with gardens and a Gunite pool, a garage, and a dwelling with six bedrooms, 4.5 baths, media room, and wine cellar . . . and the thrill of dropping into conversations, “Chester Arthur slept here.”