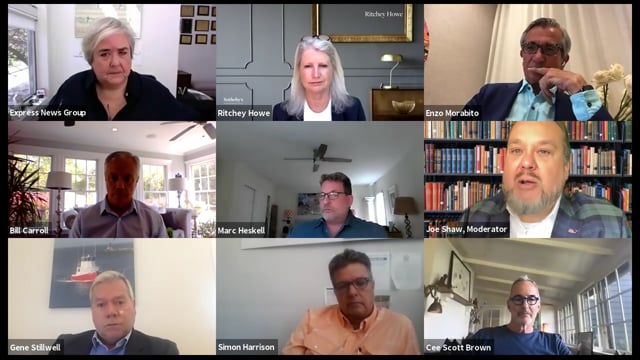 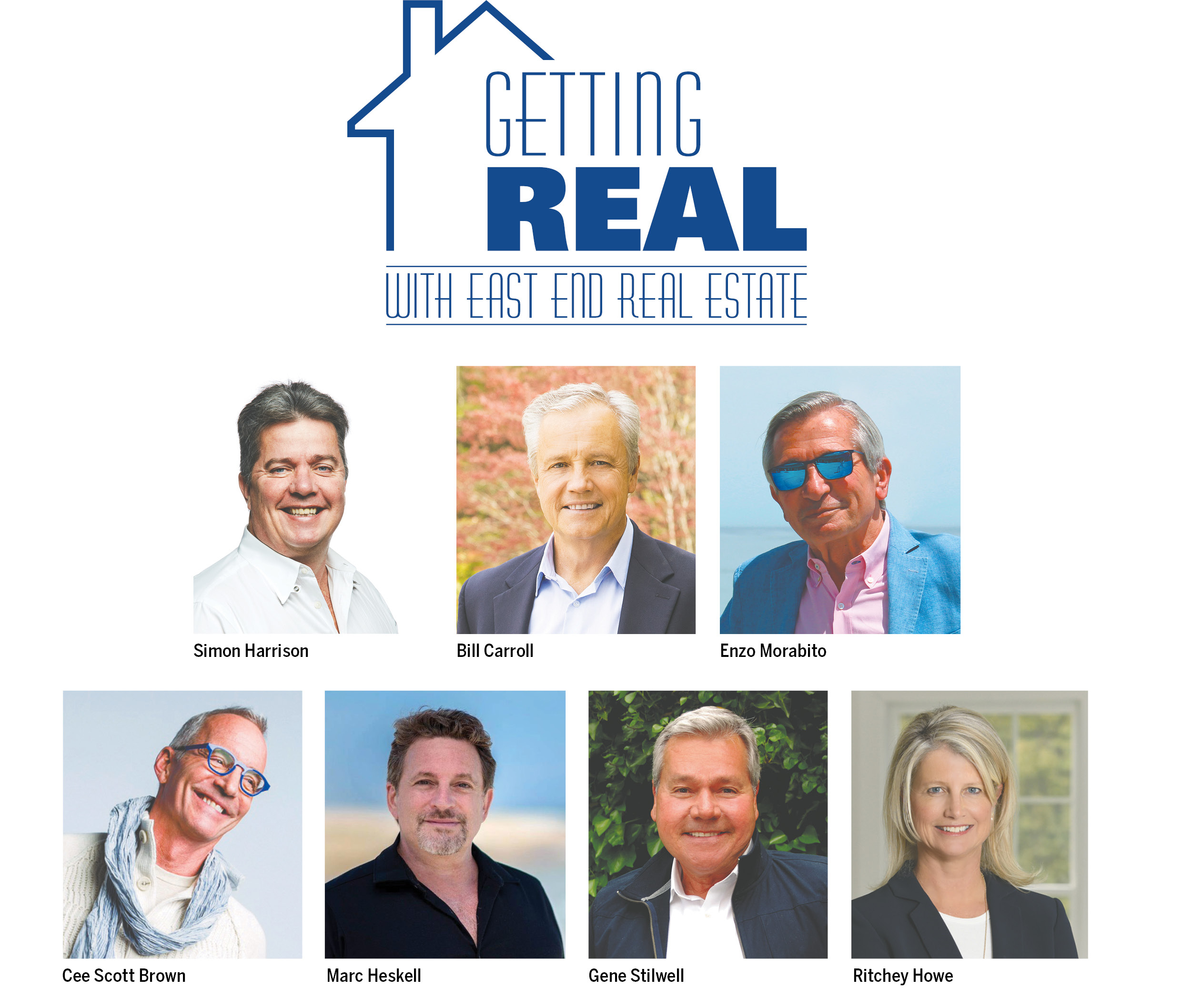 For many second-home owners, their Hamptons houses have been promoted from vacation homes to primary homes during the last 15 months — and they like it that way.

At the same time, most also kept their Manhattan residences and are anticipating returning to the city for some of their time as they are recalled to their offices for at least a few days a week.

Splitting their time almost evenly between both homes could become their new normal, as what was once a weekend and summer retreat becomes a base of operations for work as well. Jonathan Miller of the real estate appraisal firm Miller Samuel dubbed this the “co-primary scenario.”

The Express News Group explored this idea in a virtual panel discussion last Thursday, May 20, with Hamptons real estate professionals. Titled “Co-Primary: Hamptons Houses Now Seen as More Than Vacation Homes,” it was the latest in the Getting Real with East End Real Estate series of discussions led by Executive Editor Joseph Shaw.

City residents using their Hamptons homes during the “shoulder seasons” before and after the busy summer, and even coming out well into fall and winter for a retreat, is nothing new, but the pandemic has added the option of working remotely from the East End rather than at a Manhattan office — and that has brought a world of possibilities for Hamptons homeowners.

Ritchey Howe of Sotheby’s International Realty shared a term her stepfather had coined: “ITOT,” for “in (to the city) on Tuesday, out on Thursday.”

“There are a lot of ITOTs out there, or people spending full weeks out here and then perhaps going into the city,” she said.

She also noted that while she has an apartment in Manhattan, she’s only spent six nights there in the last year. “I don’t think New York City is gone — and that’s one of our major feeder markets — but I definitely think ‘co-primary’ is a wonderful new phrase for the real estate out here in the Hamptons,” she said.

As vaccination rates climb and mask mandates loosen, how much time people with Hamptons homes spend in Manhattan or traveling may be about to change rapidly.

Enzo Morabito of Douglas Elliman pointed out that changes that would normally take months are happening over the course of weeks during the pandemic.

Gene Stilwell of Town & Country Real Estate said the population here likely tripled after COVID first hit. “It was a frenzy, because everybody that could come out here wanted to be out here. They didn’t want to be in the city anymore,” he said.

He doesn’t see this as something that will end quickly, as people who came out to the Hamptons learned they could stay, he added. “COVID forced everybody to work remotely,” he said. “You had no choice, and after discovering that and realizing the quality of life that one could have out here — not just as a summer vacation home, but as a primary residence — and function, they want to do that.”

The demographics have shifted younger, Mr. Stilwell observed: “A lot of younger people have realized they can be out here, they can put their kids in school, and they’re staying. They’re not going to go anywhere.”

Simon Harrison of Simon Harrison Real Estate in Sag Harbor said the current market was inspired by the largest worldwide migration in the history of humankind.

While the area is used to the population going up significantly seasonally, at this point it’s been a 15-month summer season, and a new summer is beginning, he said — and that raises concerns about infrastructure.

With all of these new homeowners spending much more of their time here than the period between Memorial Day and Labor Day, it’s taxing on the infrastructure that was not designed for such a large year-round population.

Cee Scott Brown of Compass is finding that buyers are here to stay. “What we’ve noticed on our team is that it isn’t co-primary at all,” he said. “The folks that we’ve been dealing with are moving out here.”

This is happening nationally as well, he said, giving an example of friends in San Francisco whose companies have given up their leases and are having all employees work remotely going forward.

All of the places that are growing in population as a result have infrastructure concerns, including traffic and schools, he noted, saying, “The Hamptons is going to need some shoring up.”

Mr. Harrison said the influx of population year-round impacts the water quality, which should not be taken for granted.

Mr. Morabito agreed that the East End’s waters and the lifestyle they provide must be prioritized. “That’s why people come here, and that is as basic as oxygen,” he said.

Meeting Needs And Relying On Experts

Bill Carroll of The Corcoran Group said the pandemic gave one-time fence-sitters the extra element they needed to get over the hump to make a purchase of a vacation home or to live out east.

“It’s actually almost as if it’s added a totally different demographic into the market, and that’s one of the reasons that this is such a white-hot market and there’s no inventory,” he said.

He has also observed that certain “wants” that buyers desired in the past have moved into the “needs” category.

Marc Heskell of Saunders & Associates said buyers have more boxes that need to be checked to meet their lifestyle, such as family gathering space and workspaces. That includes both buyers who are new to the market and buyers who have Hamptons homes but wish to upgrade to a place with more space both indoors and outdoors.

Panelists agreed that new homes have been snatched up and that many of the homes on the market do not meet buyers’ needs — but they can be renovated to do just that.

Ms. Howe said she has builders on speed dial who she brings in when she is showing houses so potential buyers can see what can be done to expand their homes. Often, this involves lifting a home to add lower-level gyms, an extra bedroom or a kids’ playroom.

It had been the case that buyers only cared about having enough bedrooms because they would go out to the beach or restaurants, Ms. Howe explained, but now they also care about having spaces to play and work at home.

Mr. Carroll said that due to the lack of inventory on the market now, buyers are leaning on the expertise of their agents more.

“When the inventory was larger, people were more adamant about getting that toothbrush-ready home, and really didn’t want to do any renovations,” he said. “They really don’t want to do any changes — they were happy just moving in — and now, with the lack of inventory, they really have no choice.”

Real estate agents, as the professionals, know the designers and the architects, and they have the ideas of how a home can be renovated, Mr. Carroll said.

Mr. Haskell said agents are resourceful and bring in the right people who can see the potential in properties that the buyers may otherwise discount or not see the value in.

There are still homes on the market that have the space buyers want and are already furnished, making them truly turnkey.

Mr. Brown said that furniture is impossible to order as the lead times have grown huge during the pandemic, so it makes a difference when sellers agree to sell furnished.

Mr. Morabito said it used to be that buyers and sellers could get into a war over a lamp or a couch, but now everyone is flexible: the buyers want the furniture, and the sellers don’t want the burden of moving furniture.

“People are willing to accept what’s in the house because they can live with it, and then they can start doing their own sourcing and get the furniture they want when things in production get back up to normal,” Mr. Brown said.

Another reason why turnkey homes are more desirable than ever is that finding a builder or contractor who is available is no easy feat.

Mr. Stilwell said buyers are accepting things that they never would have accepted two years ago because they don’t have a choice if they want to get into a home.

“Demand is high and the supply is very, very low, and that goes right down the board,” he said. “It’s a domino effect.”

He explained that not only does it takes months to get furniture, the builders and contractors are booked up.

One of the long-standing complaints that year-round Hamptons residents have had is that people come to the Hamptons to escape the city — but then they bring the city with them, Mr. Shaw said. He questioned whether a desire for more urban living and a different aesthetic is something that locals need to resist.

Mr. Heskell said village and town architectural review boards and zoning boards have the ability to evaluate and manage any transition in architecture and design in a respectful way that keeps the “integrity and quality of the landscape and lifestyle.”

He acknowledged that some give-and-take is healthy, but objected to recommendations that zoning be changed to meet people’s desires.

“We can’t be rezoning things to accommodate people just because they want bigger houses,” he added. “Let them find bigger houses, but let’s not rezone.”