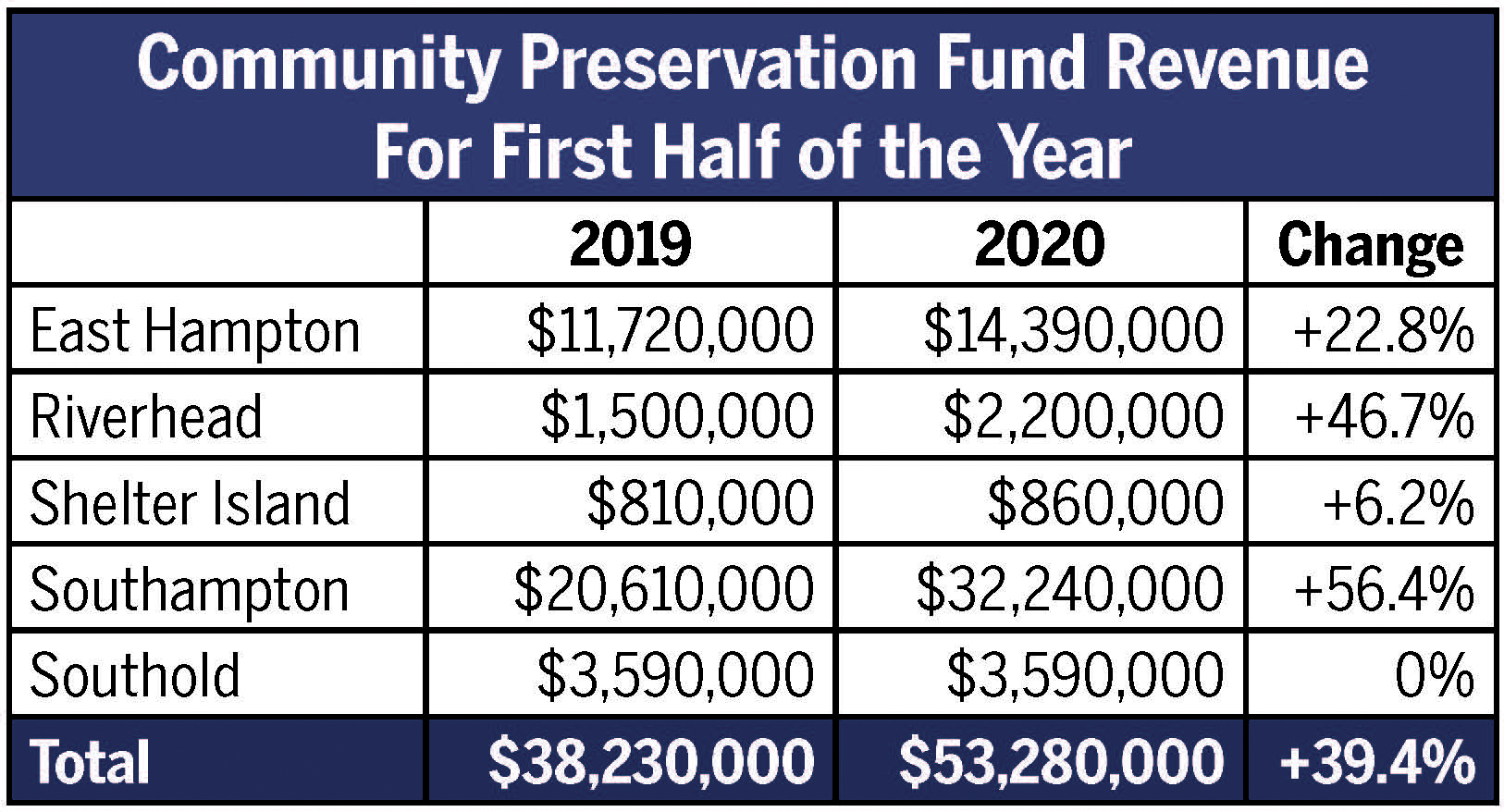 CPF Revenue For The First Half Of The Year

The CPF levies a 2 percent tax on real estate transactions in the five East End towns, so CPF revenues are indicative of the state of the region’s housing market.

In the first six months of 2019, CPF revenue was down 23.8 percent compared to the same period a year earlier. Overall, 2019 was considered a weak year for Hamptons real estate sales, but toward the end, sales began to pick up.

Headed into 2020, the South Fork had one of the hottest winters for real estate sales seen in years. Then the coronavirus pandemic took hold in New York State. The economic shutdown initially dampened sales activity, but as it became clear that the pandemic would not be resolved quickly, there was a surge in contract signings for Hamptons home sales in May and June.