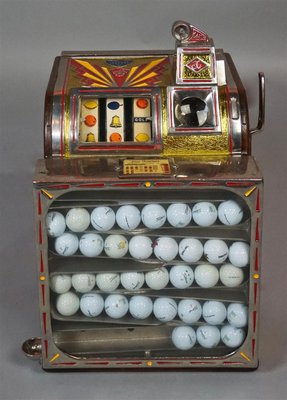 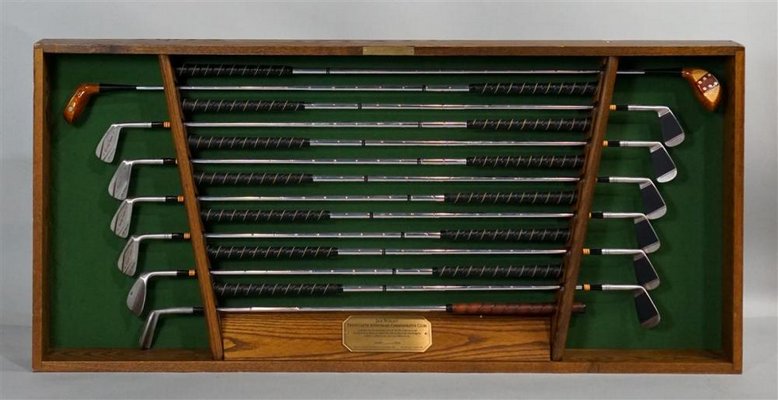 Jack Nicklaus commemorative clubs from Three Ponds Farm will be on auction. COURTESY THE POTOMACK COMPANY

Three Ponds Farm, the 58.65-acre, eight-structure compound complete with its own 18-hole golf course in Bridgehampton, has sold—and that means it needed to be emptied out. The contents of the 25,000-square-foot Italianate residence, the orangerie, the pro-shop and the course’s halfway house are on the auction block with the Potomack Company in Alexandria, Virginia.

Potomack Company owner and CEO Elizabeth Haynie Wainstein, a veteran of Sotheby’s and Christie’s, said the contents were all shipped to Virginia to be displayed in Potomack’s 15,000-square-foot warehouse for auction previews. The interiors of the estate have been re-created in the warehouse to give potential buyers a sense of how the antiques, artworks and other property was kept at Three Ponds Farm.

The warehouse, in the historic Old Town Alexandria neighborhood, is just five minutes from Reagan National Airport, so bidders fly in from all over to view the auction lots, Ms. Wainstein noted.

A live auction on Saturday, June 15, at 10 a.m. will offer the artworks, including works by old masters. Lamps, mirrors, candlesticks, tables, chairs, dressers, and more will also be on the block. Absentee bidding has started, and callers can phone-in bids during the live auction as well.

Then on Wednesday, June 19, an online auction at potomackcompany.com will offer the contents of the pro shop and halfway house and the estate’s designer pieces. A few examples of items on auction are a slot machine that awards golf balls, a vintage-style Coca-cola machine, and commemorative Jack Nicklaus golf clubs.

Ms. Wainstein said that when it comes to the works of old masters, about 70 percent are bought by private buyers, 20 percent go to members of the art trade—usually from Europe—and about 10 percent go to institutions such as museums.

Her personal favorite object in the Three Ponds Farm auctions is a marble Art Deco table that was in the orangerie. With clean lines, it has a historical feel but fits in well with modern interiors, she said.

The auction is of note because most of the pieces have not been on the market in a long time, Ms. Wainstein added. “They have been held at this estate for decades, so it’s fresh to the market, and it’s a combination of historical and more modern pieces.”

Large auctions such as these may come up because owners are downsizing to a smaller home, or it could be that the owners have died and the heirs have decided to sell the personal property, Ms. Wainstein explained. Some estate owners know what they want to keep and what they want to sell, she said. Others want Potomack Company’s help deciding what to sell or, at least, want to know the valuations of certain possessions before they decide.

“Some people have a very clear idea of what they want to keep initially, and then we come in and help with everything else,” Ms. Wainstein said.

She went on to say: “We actually turn auctions around fairly quickly, and I think that’s why we’ve developed a niche in this area. Because it still takes at least a month, but we are able to turn an estate into an auction within a month, which is very fast in the auction cycle. We photograph, research, catalog, everything that we sell and put it up on different internet platforms.”

Three Ponds Farm was listed for $49 million by Bespoke Real Estate. The New York Post reported that the buyer was Arbor Realty Trust CEO and President Ivan Kaufman and the final sales price is $35 million.