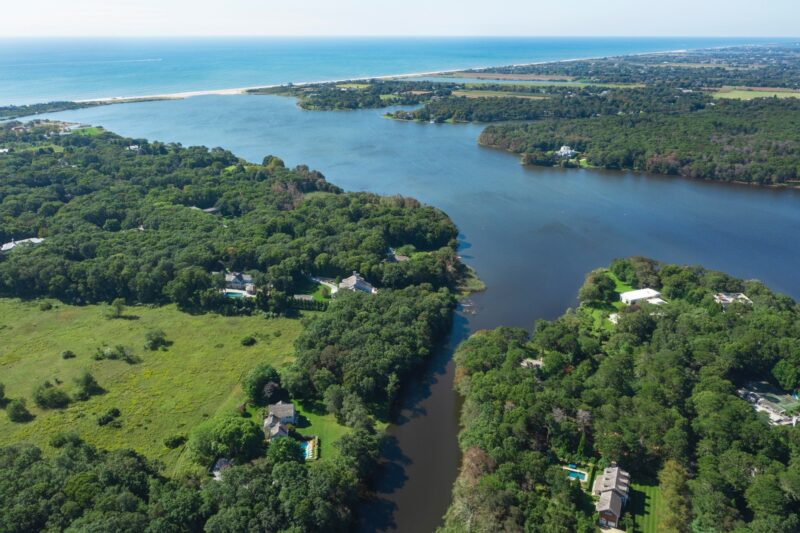 The Peconic Land Trust and the Town of East Hampton closed Wednesday, April 27, on the purchase of a parcel that fronts Georgica Pond and is next door to Pond House, the 12,000-square-foot mansion purchased last year by music titans Jay-Z and Beyoncé, who made a better offer for the land but were passed over in favor of preservation.

At 18 Jones Creek Lane, the 2.7-acre vacant property is just up the way from Revlon Chairman Ron Perelman’s 57-acre estate The Creeks and adjacent to the Fulling Mill Farm Preserve, a 17-acre tract that is owned by The Nature Conservancy.

The town, using Community Preservation Fund revenue, and the land trust evenly split the $8.5 million purchase price. It was originally listed in September 2021 with Town & Country Real Estate’s Linda Batiancela for $11.75 million, and multiple, higher offers were fielded before the owner, Ana Meier, and her husband, Daniel Creighton, decided to take a deal that would lead to the land’s preservation and protection of Georgica Pond.

“They wanted to do the right thing,” Batiancela said of Meier and Creighton.

The parcel has 300 feet of pondfront and is less than a mile away from the ocean.