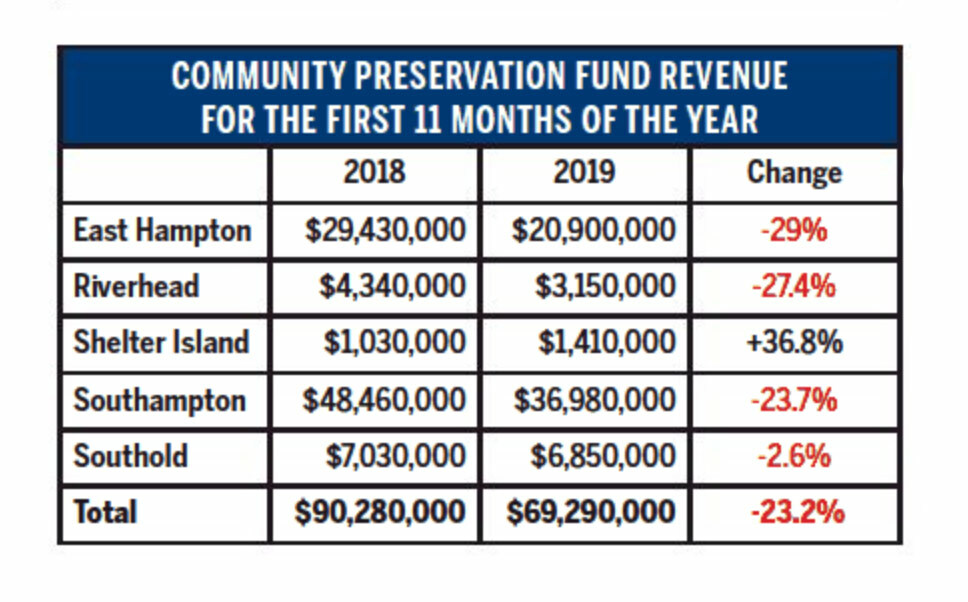 Revenues for the Peconic Bay Region Community Preservation Fund during the first 11 months of 2019 were down 23.2 percent compared to the same period in 2018, according to New York State Assemblyman Fred W. Thiele Jr.

Since its inception in 1999, the Peconic Bay Region Community Preservation Fund has generated $1.451 billion for open space preservation, water quality and other uses. It is funded through a 2 percent tax on most real estate transactions.