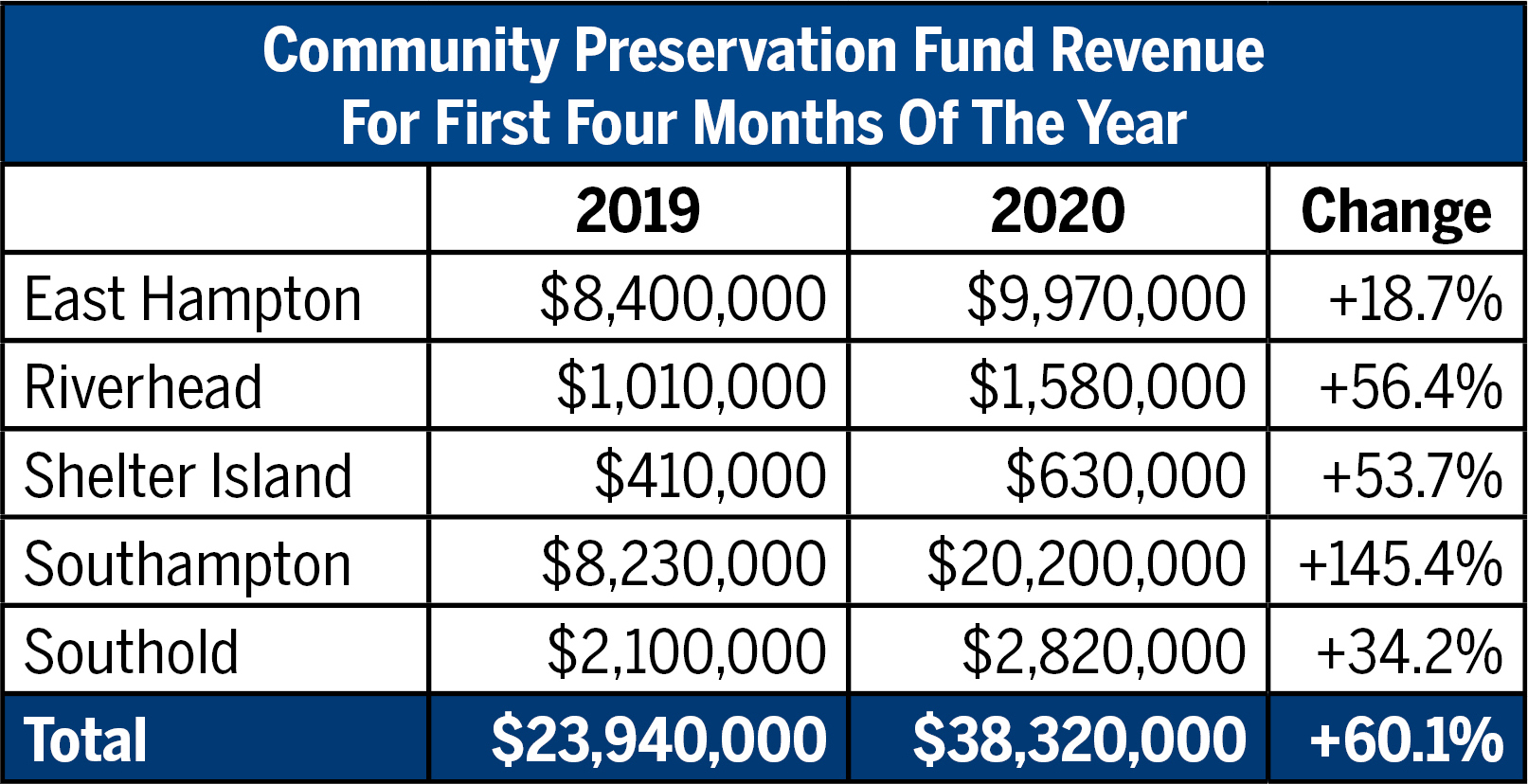 CPF revenue for the first four months of the year.

Community Preservation Fund revenue in April was on par with the same month a year ago, despite restrictions that were put on the real estate industry to enforce social distancing.

Governor Andrew Cuomo’s New York on PAUSE executive order has prohibited in-person real estate showings since March 23, but closings for home sales that were already in motion have continued remotely.

Revenue in the first quarter was up 86.9 percent across the East End compared to 2019, setting a record for the biggest first-quarter haul in the 22-year history of the CPF, which is funded through a 2-percent tax on most real estate transactions. According to data released by the office of New York State Assemblyman Fred W. Thiele Jr., April 2020 revenues totaled $7.4 million, matching April 2019.

“Despite the institution of NY PAUSE in mid-March, CPF revenues were strong for the month of April and virtually identical to last April,” Mr. Thiele said in a statement. “Clearly, real estate activity has continued across the East End over the past month. Revenues will need to be monitored closely in the coming months during this very volatile economic time.”

Home sales are permitted to continue via virtual showings only under the New York on PAUSE order.