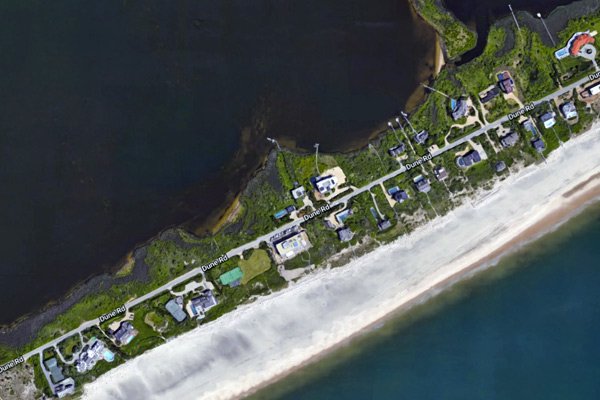 At first, the sale of 139 Dune Road in Water Mill attracted our attention because this shy acre within a tutu’s toss of the ocean went for the bargain-basement price of $852,000. Then we looked at the buyer, and the transaction became more interesting—the Jerome Robbins Foundation.

First, the house on the property. It is a modest one, to say the least, just 750 square feet with 2 bedrooms and 2.5 baths and built in 1994. The seller is William Earle, a high-end furniture designer who perhaps did not need to make a profit. Second, there may be a few readers wondering, who is or was Jerome Robbins? He was one of the world’s foremost choreographers of ballets who also worked on Broadway and in Hollywood. For decades, Robbins was closely associated with the New York City Ballet, and toward the end of his life—he died in 1998—he was creating a series of ballets for the great dancer Mikhail Baryshnikov.

To the general public, Robbins is probably best known for his theater and screen work. His Broadway shows include “On the Town,” “West Side Story, “The King and I,” “Gypsy,” “Peter Pan,” and “Fiddler On the Roof.” “Jerome Robbins’ Broadway,” the last show he did for Broadway, in 1989, earned six Tony Awards. He received two Academy Awards for the film version of “West Side Story.” The Jerome Robbins Foundation, new owners of 139 Dune Road, was established in 1958 by the choreographer to honor his mother. Its purpose is to support dance and theater programs. During the 1980s, its efforts were directed almost exclusively to the AIDS crisis. Can we expect dancing in the dunes this summer once the property receives some upgrades?

By the way, what other famous ballet choreographer “resides” in the Hamptons? Aficionados of Oakland Cemetery in Sag Harbor know that is George Balanchine, who died and was buried there in 1983, at age 79. Styled as the father of American ballet, he co-founded the New York City Ballet and remained its artistic director for more than 35 years. Balanchine was invited to America from Russia in 1933 by a young arts patron named Lincoln Kirstein, and together they founded the School of American Ballet, and a career in the U.S. was launched.