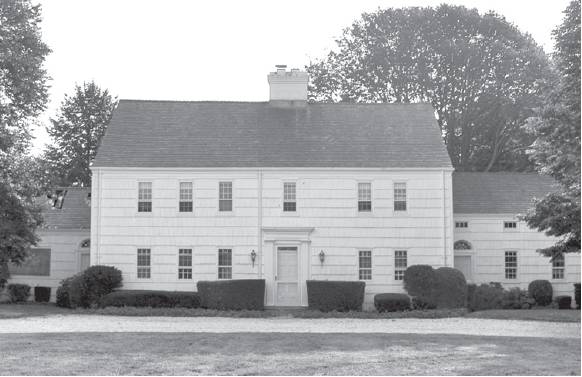 The house at 444 Little Plains Road in Southampton prior to dis-assembly. ROBERT STRADA 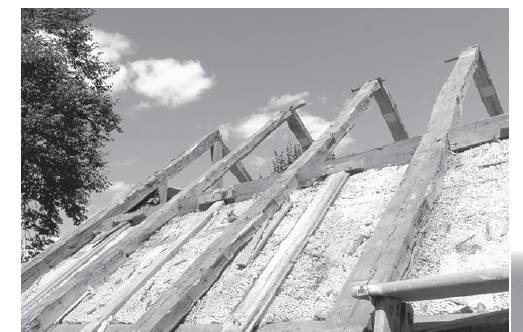 East Hampton architect Robert Strada, his wife and a dedicated crew took on the daunting task of disassembling this 266-year-old Colonial, one piece at a time, cataloging each beam, peg and board. 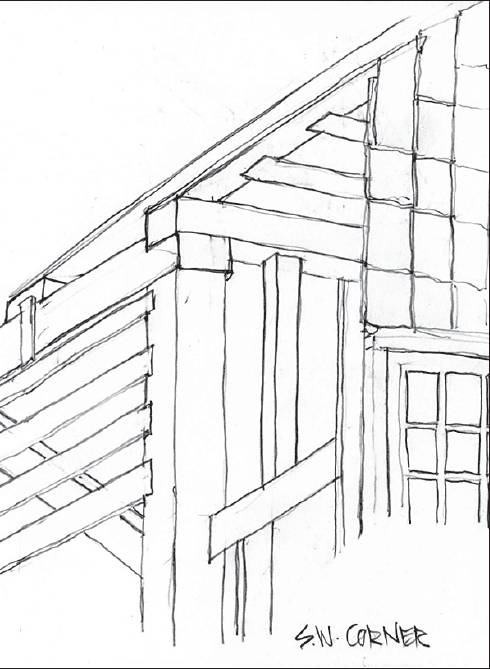 The recording process was as important as the careful deconstruction because Mr. Strada plans to put the whole thing back together on a piece of property in Amagansett, where it will again stand in its original 1740 form. 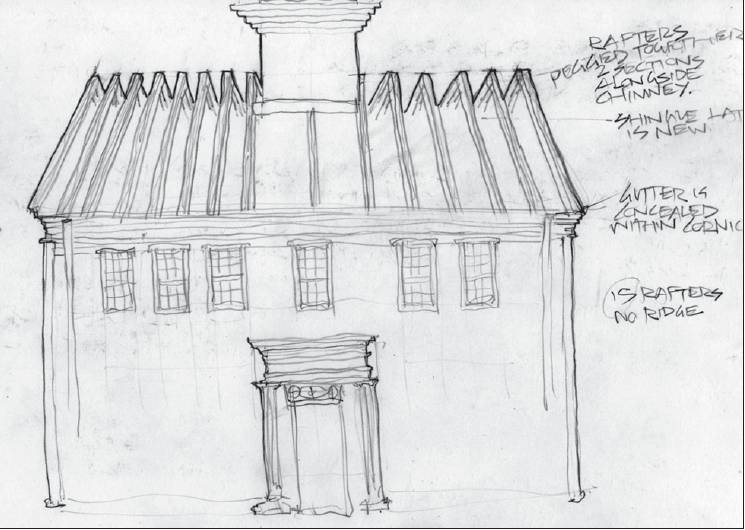 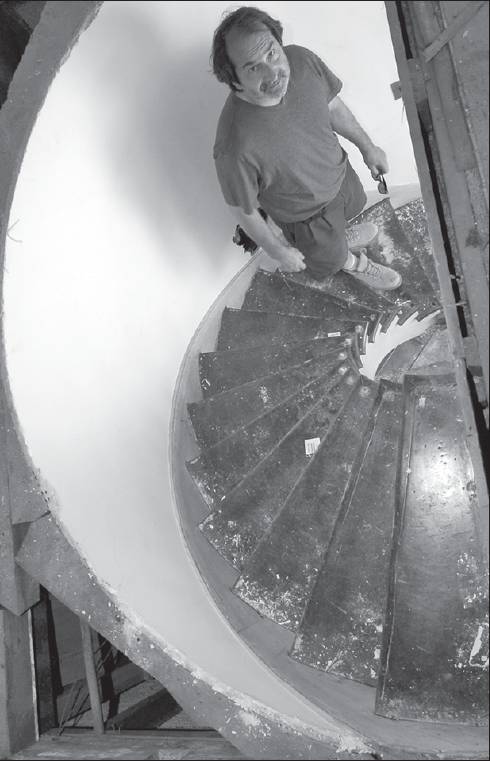 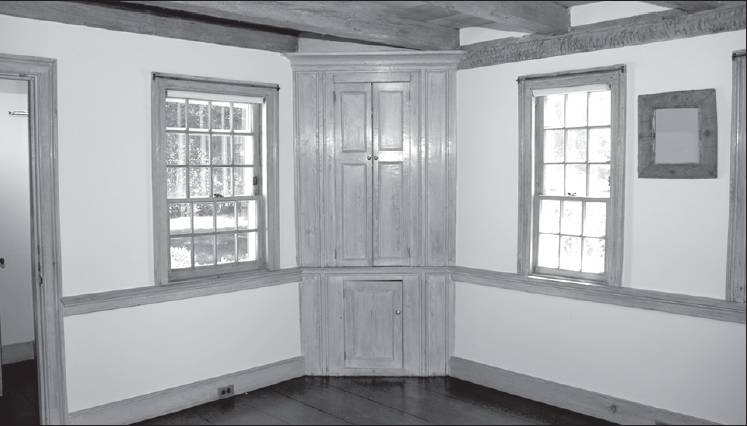 Looking at the architectural anatomy of this house, one immediately feels its incredible strength ... This house possesses dignity. Oak and chestnut timbers provide all the physical security ... These sticks have soul.

—From the diary of Robert Strada,

More than a month ago, Robert Strada, an architect and historic preservationist, his wife, Michelle Murphy Strada, and a crew of workers set out to take the 266-year-old home at 444 Little Plains Road in Southampton Village down—piece by piece. They took it apart to save it. The home sat on a piece of property purchased by a new owner who wanted to build a new house there. So the 18th century Colonial was headed for destruction. But village officials worked with the new owner, area preservationists and Mr. Strada to broker a deal that was amenable to everyone. In the end, the effort kept the Little Plains home from becoming a tinder box.

During the three-week disassembly, Mr. Strada kept a journal of the work, the progress and the sometimes surprising finds revealed as layers of wood were peeled and pried back.

The first day of this preservation project begins uneventfully, waiting for the Dumpster and storage container. The crew starts tomorrow, after the insurance certificate is received by the buyer’s attorney. I complete the CAD drawing of the three floors as a woman pulls into the driveway with her granddaughter. She claims to have been a friend of the Dixons (the home’s previous owners). Now, simply a friend of preservation.

The house was built in Connecticut around 1740 and sometime in the late 19th century was moved by boat to Sag Harbor, where it remained for a few decades until spotted by a member of Dixon family and moved again, this time to the family’s property in Southampton Village. It came to rest at 444 Little Plains Road in 1930.

The Little Plains property is not in the village’s Historic District, so the village’s Board of Architectural Review and Historic

Preservation had no jurisdiction over the home. And since the Colonial’s origins lie far outside the village line, it didn’t qualify for landmark status protection. Still, the age of the home, its excellent condition, and the fact that its classic design is reminiscent of the some of America’s earliest architecture prompted historic preservationists, includ-7 August 2006

I decided to remove the original corner cupboard from the property for safekeeping. Zach Studenroth and Roger Blaugh visited this morning. I value their input ... The mason who worked on the chimney revealed himself to us: W. Darby, who dated the work

Roger Blaugh, chairman of Southampton Village’s Board of Architectural Review and Historic Preservation, was integral in hammering out the deal among the Little Plains property owner Richard Byrne, village officials and Mr. Strada to preserve the home, Mr. Strada said. The main sticking point was an $80,000 tax bill Mr. Byrne was going to have to pay if the home was still standing when he closed on the purchase of the property. But by allowing the fire department to conduct two firefighting drills in non-historic portions of the house, the village was able to give Mr. Byrne a rebate on the property’s fire protection tax bill to offset the taxes.

“It takes a village—it really does,” Ms. Murphy Strada said last week. “So many people came together to help save this beautiful old house. It was really an amazing thing to see the cooperation and caring.”

The Stradas were equally thankful the fire crews practicing in the home were as careful as they were not to damage any of the historic elements.

“Truly, in the end, everyone in this village that could help make this work, did,” Mr. Strada said.

And once the disassembly began Mr. Blaugh and Mr. Studenroth, director of the Sag Harbor Whaling Museum, visited the site often, helping the Stradas identify parts and marvel at the construction.

Eureka! The numbering system has revealed itself in the form of Roman numerals on each section of the roof rafters. As I follow the rafters down to the plate, it becomes obvious that corresponding numerals exist at the peg opening of the adjacent spacing rafter. The spacing of the rafters starts out randomly, then suddenly becomes consistent ... Another odd characteristic is that the first seven rafters (identified with Roman numerals I-VII) starting on the north side are thinner than the next eight. In fact, the middle rafter is not a part of any numbering system. ... Zach Studenroth arrives to clarify the puzzle: We are looking at two 18th century structures joined together. Thus the two numbering systems and the random spacing.

The post and beam structure is remarkably strong considering its origin ... Unlike today’s construction techniques, there are birdsmouths to be found where the rafter meets the top timber.

Removing the windows, 444 Little Plains Rd. Southampton. This section appears older and perhaps to have had clapboard siding and not shingles ... We discover that [a few of the windows] are from the 1940s. A label appears on the top left corner of the jamb. Someone hand-wrote “South Hampton” on the jam ... It appears that only one rafter is not in great shape after all these years of wear and tear. I can [see] where this structure survived the hurricane of 1938. It’s built to last.

Six men are working to disassemble the first floor studs and primary posts. Three men are transporting components to Amagansett.

Mr. Strada, who agreed not only to oversee the deconstruction, but to fund it, has estimated the entire project, including an eventual reassembly, will cost somewhere between $600,000 and $1 million. Ultimately, he and his wife plan to get a building permit and reassemble the home “as it was meant to be” on a piece of property the couple owns in Amagansett. That meant every floorboard, every rafter, every wooden peg, door jamb and windowsill had to be numbered and mapped on an architectural sketch so that it can be put back in exactly the same place when the time comes.

“The project required seven less days than planned because the work just flowed, with everyone sharing the enthusiasm of doing something special, something important, that it became a team effort.”

Now, the thousands of house parts are sitting in storage at the Stradas’ Amagansett property waiting to one day be joined again, standing tall and reminding all of early American architecture.