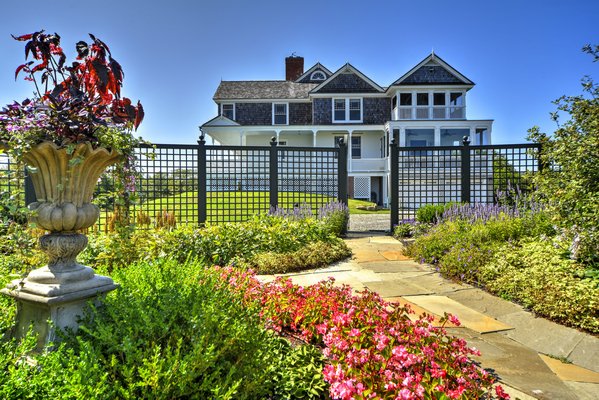 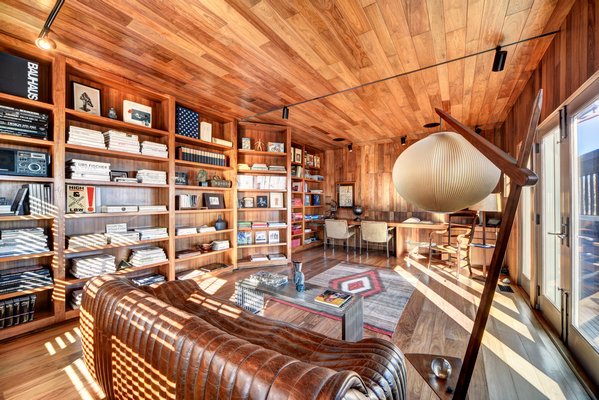 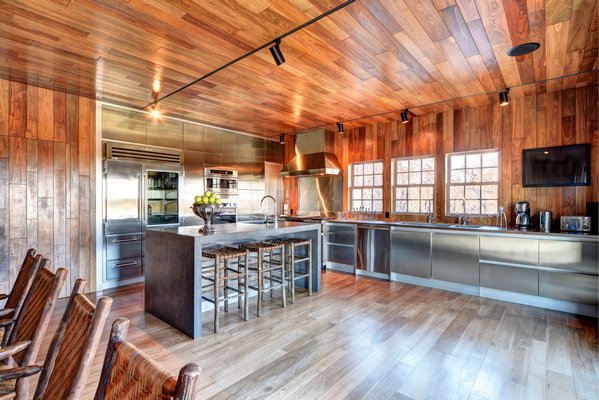 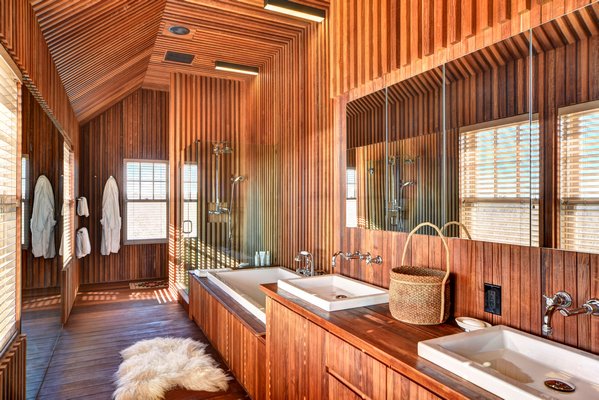 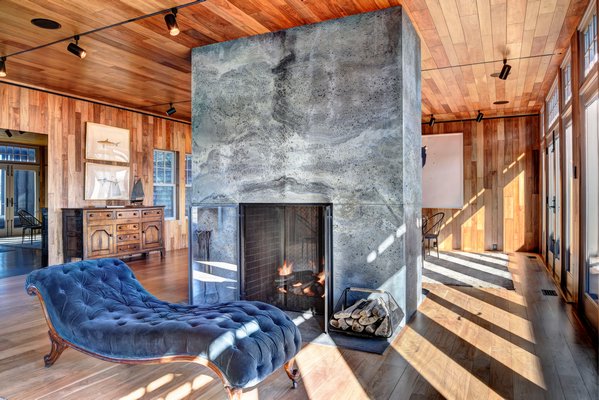 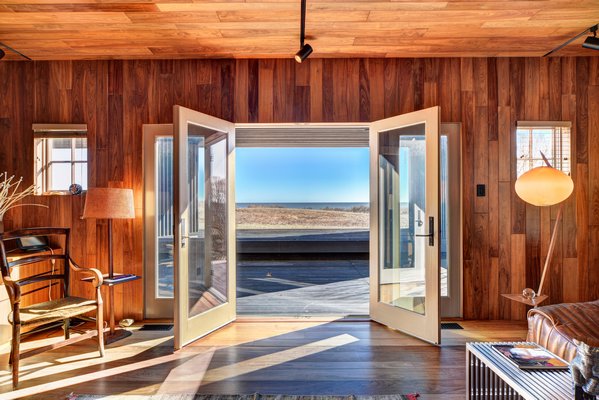 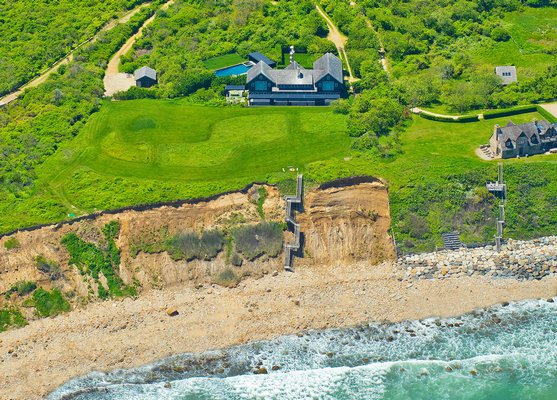 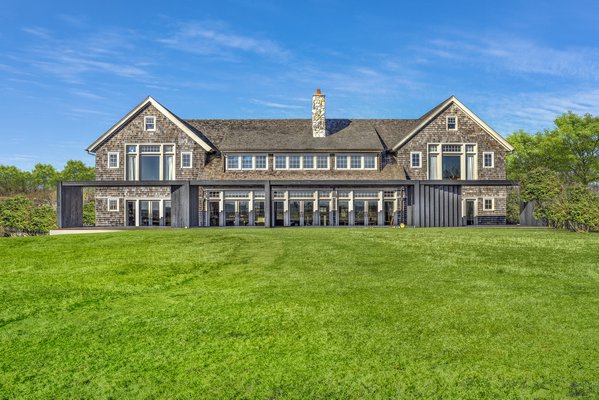 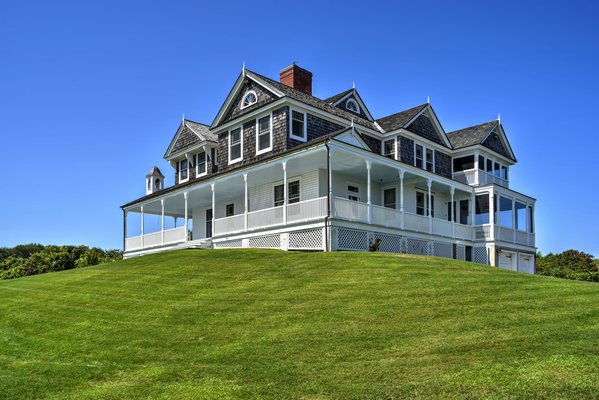 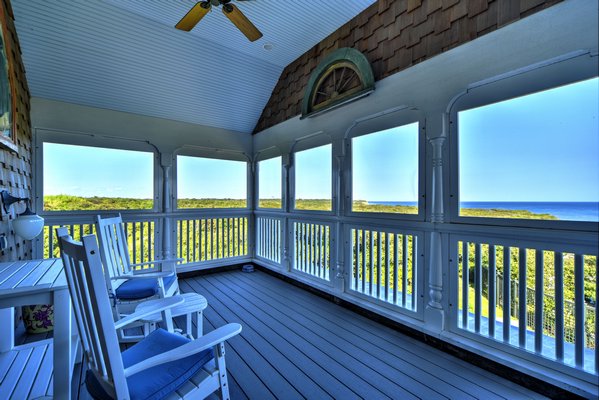 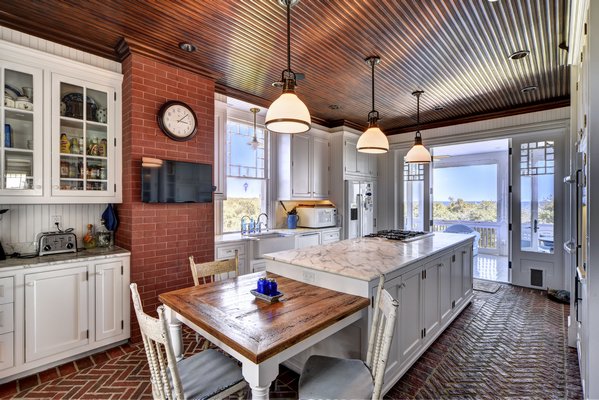 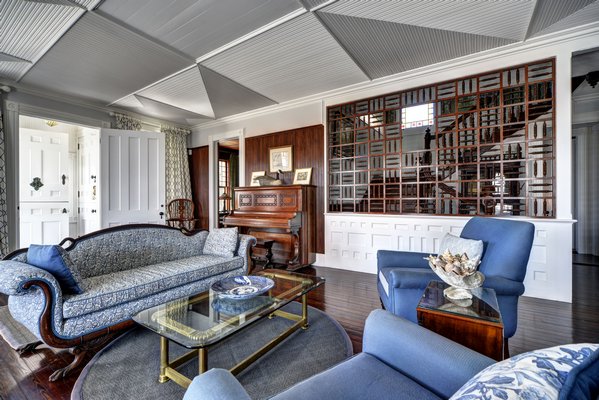 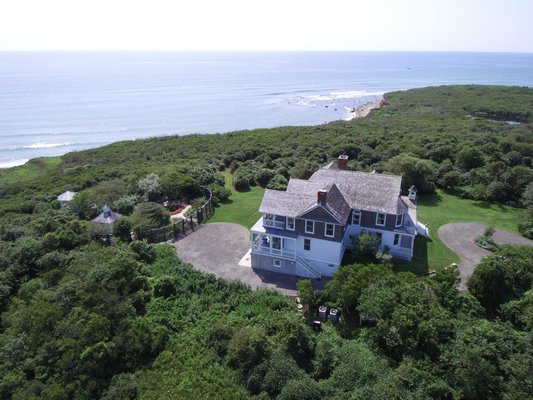 Perhaps reflecting new financial realities of Hamptons high-end real estate, Tick Hall, the longtime home of the television host and writer Dick Cavett, has undergone its second significant price drop and is now available for $33.95 million, via Corcoran. When the 19.8-acre estate was originally listed in June 2017, the ask was $62 million, and that was cut to $48.5 million last August. With new representation there is a new effort to sell the 19.8-acre property, which is quite unique.

“Envision land encompassing 20 private oceanfront acres offering both sunrises and sunsets,” begins the fresh promotional copy. “Next, imagine a dramatic cliff with a staircase down to a private shoreline stretching 900 feet along one of the most pristine soft, sandy beaches.” The house itself, known as Tick Hall, is a 7,000-square-foot “summer cottage” whose original structure was designed by the legendary Stanford White. Twenty years ago the abode was destroyed by fire, then Mr. Cavett had an exact replica built. So-called “Cavett’s Cove” is located on the easternmost end of an enclave of seven homes designed by McKim, Mead & White and sited by Frederick Law Olmsted in the early 1880s that became part of the Montauk Association. This cluster of homes for wealthy New Yorkers later became known as the Seven Sisters. This estate is home to a historic three-story residence with a finished lower level that was painstakingly rebuilt to mirror the original structure but with today’s amenities. Bordered to the east by nearly 200 acres of oceanside parkland along 2,200 feet of coastline, the estate “offers a rare combination of history, natural beauty, privacy and a remarkable house from which to savor it all.”

Another property, also repped by Gary DePersia, is back on the market after a price drop, although this one moved from only a shade under $30 million to $24.95 million. Within a gated entry is 404-406 Old Montauk Highway sprawling across 6 acres on two distinct parcels, high above 535 feet of Montauk oceanfront. The newly renovated, 7,500-square-foot residence on three levels of living space has six bedrooms and nine baths. With impressive views from nearly every room, handsomely finished walnut floors welcome all into the spacious living room highlighted by walls of glass as well as a two-sided fireplace that also warms the large dining room. The fully equipped, professionally outfitted kitchen is enhanced by a breakfast area and large center island with poured concrete countertop. On the western end of the ground floor awaits a den serviced by a full bath that could easily be pressed into service as a guest suite. Upstairs, the master wing offers a wood-clad sleeping chamber, spa-inspired bath, and a media room with fireplace that provides a buffer from four additional bedroom suites. The finished lower level finds a billiards room with vintage bar, home theater, wine cellar, laundry, and a staff suite with an additional staircase up to the kitchen. If purchased separately, the price for the residence on 3 acres is $18.95 million, inclusive of new furnishings and artwork as curated by Bob Melet. The contiguous 2.8-acre vacant parcel, with an additional 325 feet of oceanfront, already has permits in place for a potential guest house and its own staircase to the beach.

The seller is the art collector Adam Lindemann, who in 2015 spent a cool $50 million to purchase the former Andy Warhol estate Eothen. It was the most expensive home ever to sell in Montauk. Alas, it appears Tick Hall will not have that distinction.