East Hampton Candidates Stake Out Positions On Water, Housing And The Airport’s Future 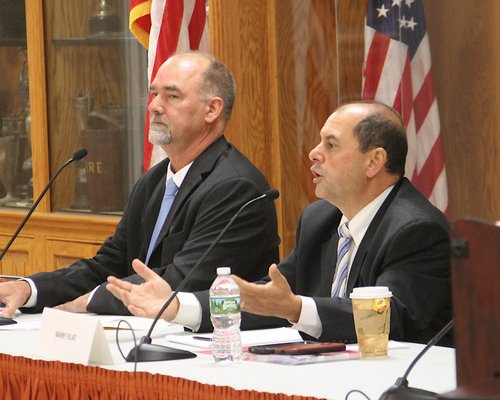 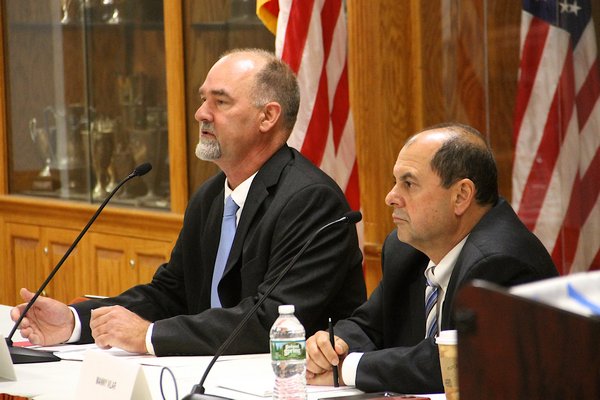 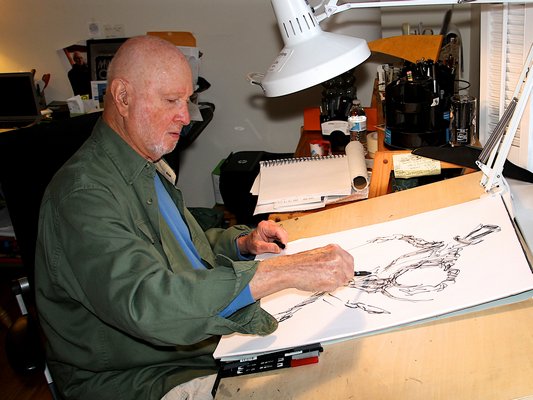 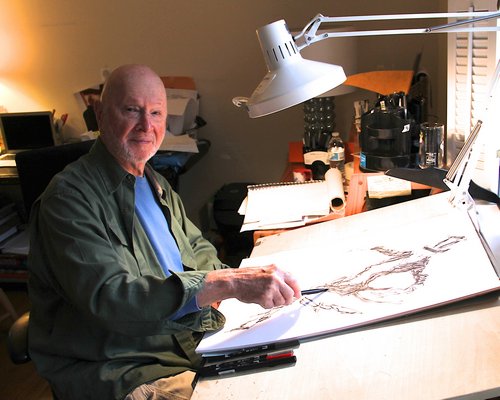 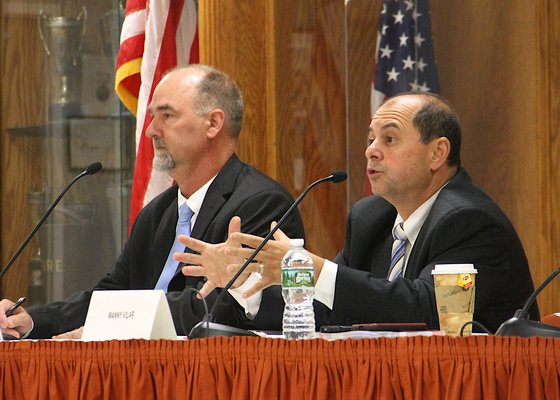 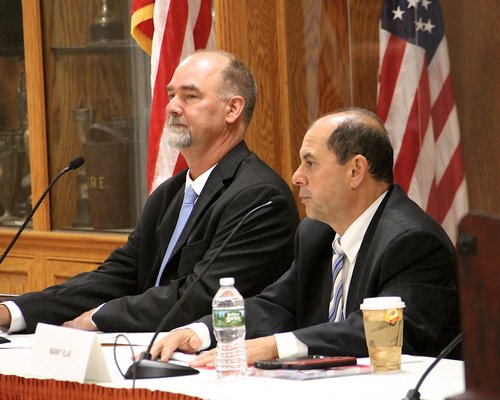 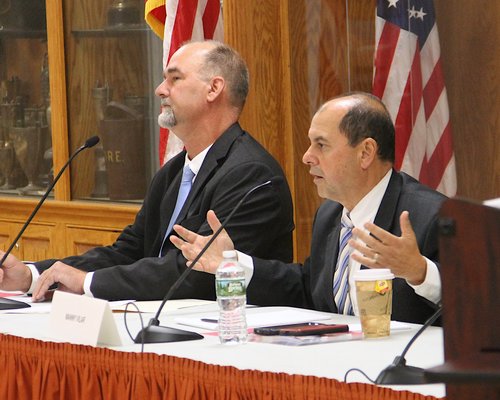 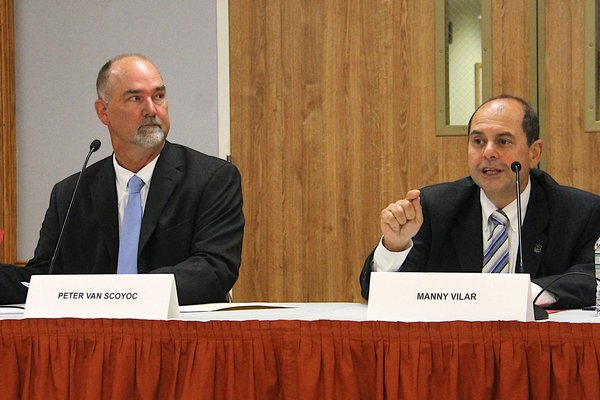 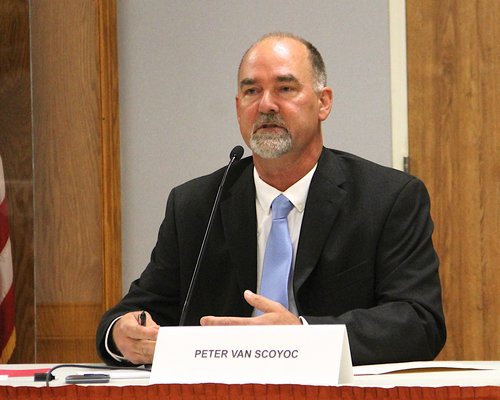 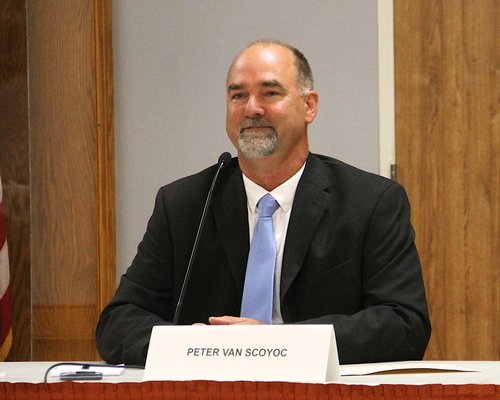 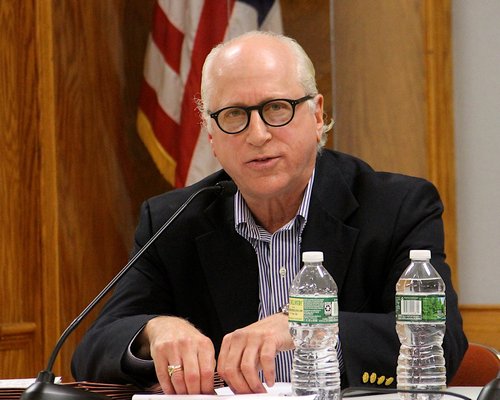 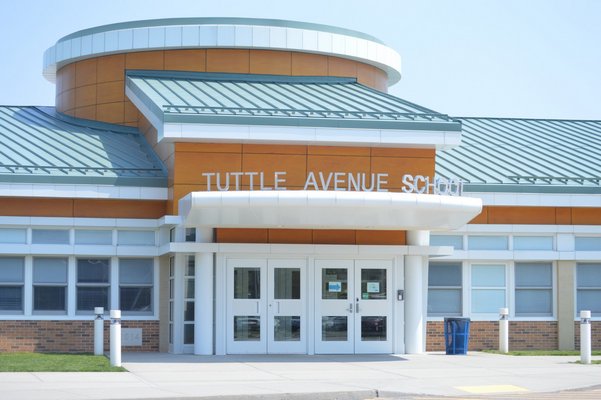 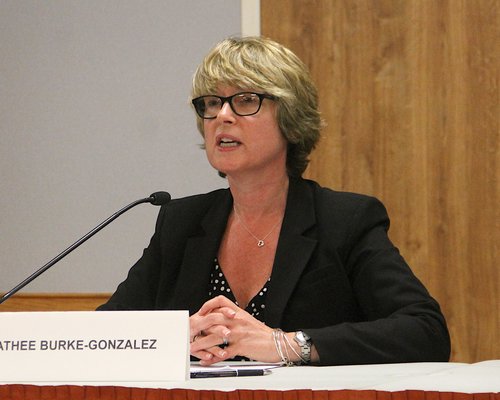 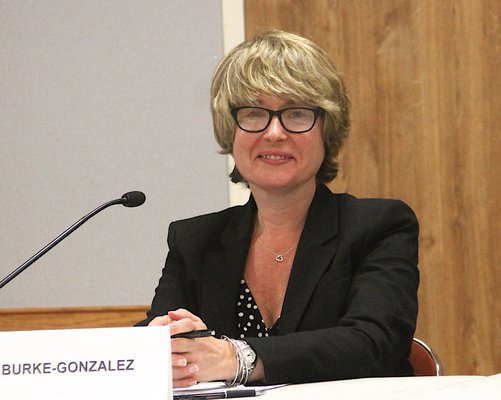 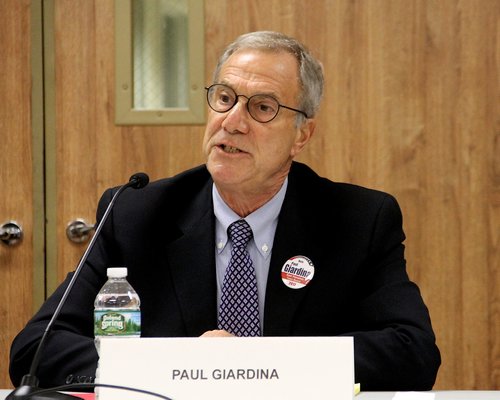 The Republican candidates for East Hampton Town Board labored at candidate forums this past week to cast a shadow over the work their incumbent Democratic opponents have done while in the majority the last four years.

Specifically, they focused on projects that have not been completed and initiatives on issues like wastewater treatment and affordable housing that they say do not reach far enough.

The Democrats, on the other hand, spotlighted their successes and efforts that they say advanced the ball further than previous Republican administrations had—including many of the same programs the Republicans sought to paint as failures.

Overall, the candidates expressed strikingly similar views of the direction in which the town should be moving on most issues of major importance, with the only great divide coming over how to fund upgrades to septic systems.

All were staunchly pro-environment, in favor of expanding renewable energy resources townwide, and they seemed to agree that water quality improvement was a top priority. All said that efforts to create more affordable housing options must be stepped up, and each noted a need to reach out better to the large Latino community.

On the most prominent issue of the campaign thus far, the effort to improve water quality, the two sides have split about how to proceed, with the incumbents supporting the recently created rebate program using Community Preservation Fund revenues to help homeowners replace septic systems as needed, and the Republicans pressing a plan developed by council candidate Paul Giardina, a retired Environmental Protection Agency official, that proposes borrowing tens of millions of dollars from a federal fund administered by the state to advance replacements more aggressively in the short term and paying it back over time.

“We can make a dramatic impact all at once,” Jerry Larsen, the former East Hampton Village Police chief and a Republican candidate for one of the two council seats on the ballot, said on Monday at a debate sponsored by the League of Women Voters of the Hamptons. “We have the money available.”

Mr. Larsen pointed to a meeting in 2015 at which members of the Montauk community had applauded a proposal to create a municipal sewer system in the hamlet’s downtown. He criticized the Town Board for not having started construction yet and having waited, for political expediency, until earlier this year to direct a consultant to begin exploring how such a system would be configured.

Councilwoman Kathee Burke-Gonzalez, who is running for reelection, defended the incumbents’ record, pointing to policies and programs they have begun in the meantime.

“The Town Board has made water quality our number one priority,” she said. “We’ve preserved over 300 acres … We’ve done outreach programs to purchase properties that affect our harbors and bays. We’re doing more water testing and monitoring. We’ve developed new watershed plans. We’ve gotten more than $650,000 in grants in Springs alone.”

The Democrats said that the Republican plan would require the town to take on tens of millions of dollars in debt and interest payments. They said it would also involve making homeowners submit to inspections that could force them to make improvements to their property’s septic systems and take on debt to replace them. They said that their more measured approach would not cost taxpayers anything while leaving the decision of when to replace a system up to the homeowner.

“Do you really want to have the septic police come to your house and mandate that you have to repair your septic system … and saddle you with $21,000 debt?” asked Jeff Bragman, an East Hampton attorney and Democratic council candidate. “They haven’t even worked out whether this is a loan or attaches a lien to your property. What it really looks like—surprisingly, for Republicans—is a tax.”

With the Democratic plan, Mr. Bragman said, “you get a rebate when it’s logical for you to be thinking about your septic system. That’s action. And it’s action that’s not taking money out of your pocket.”

Mr. Giardina said that the more aggressive and proactive plan he devised would allow the town to tackle both residential septics and point-source pollution from runoff in one fell swoop. He also suggested that there would be allowances giving homeowners a reprieve from having to pay back the debt on septic replacements if needed, putting repayment off until a house is sold. He noted that the current program, adopted earlier this year and taking effect on January 1, will require inspections every three years to ensure a septic system isn’t failing, “so the septic police are there,” he said.

“The right way to spend CPF money is to take land out of use,” he added. “There is plenty of money to replace septic systems that are failing or about to fail in the state’s revolving fund … and use CPF for what it was originally intended.”

The two candidates for town supervisor—Councilman Peter Van Scoyoc and Republican Manny Vilar—both emphasized the need to create more affordable housing as well as more commercial spaces for small businesses to base their operations. Mr. Vilar called for a comprehensive economic plan for the town and for municipal support of more affordable work spaces, either through leases of town land or zoning incentives. Mr. Van Scoyoc nodded to new commercial leases the town has been pushing at East Hampton Airport, which give businesses room to grow and have brought new jobs to the area.

Mr. Vilar voiced slightly more skepticism about the vetting process for an offshore wind farm planned some 30 miles southeast of Montauk, which commercial fishermen have decried as an ecological and economic boondoggle in the making, than Mr. Van Scoyoc did. Mr. Vilar did not specifically say he was opposed construction of the wind farm, but did say he harbors concerns about the potential for ecological damage from its construction and operation.

“The answer may be as simple as they just need to move it to another location,” Mr. Vilar said.

Mr. Van Scoyoc said that the specific location for the wind farm and where the power supply cable comes ashore must be carefully examined and watched by local officials. He said he was opposed to a proposal to run the cable through Gardiners Bay because it would be too disruptive to the fragile ecosystem.

On the hot-button topic of the future of East Hampton Airport, Mr. Vilar said the town has seen no improvement in the negative impacts of the airport—which he acknowledged are substantial and must be lessened.

“The faces on the boards change and we’re no further ahead than we were 15 years ago,” said Mr. Vilar, a veteran New York State Parks Police officer and president of the state’s police union. “We still have the planes, we still have the noise and we still have no restrictions.”

Mr. Vilar said his experience in state government makes him suited to wade into negotiations with the Federal Aviation Administration to secure controls on aircraft to reduce the noise for those in neighborhoods beneath flight paths.

Mr. Van Scoyoc, who is midway through his second term as a councilman, rebutted that the current Town Board has, in fact, made great strides in advancing efforts to get better control of the airport, despite a federal court’s striking down curfews on aircraft traffic the board imposed in 2015 and 2016. The councilman said that the town’s recent decision to begin a so-called Part 161 application for legally enforceable flight restrictions is the only route the town can take.

Both candidates said they do not support closing the airport.

Despite being asked twice by moderators on Monday night, none of the candidates were able to shed much light on a clear path to improving the town’s government and community services to Latino immigrants, beyond attempts to improve outreach.

Mr. Van Scoyoc and Ms. Burke-Gonzalez, the incumbents, noted that the current board had created a Latino Advisory Committee, which had been successful in drawing large crowds to informational meetings last year, but which has seen its effectiveness and participation wither in the wake of fears over Trump administration calls for more aggressive deportations of undocumented immigrants.

Mr. Vilar, the son of a Portuguese immigrant, said he might consider creating a new town post specifically to work on immigrant relations—something Ms. Burke-Gonzalez also nodded to as having been successful in the East Hampton School District.

The need for more “affordable” housing also was a major highlight, with all the candidates supporting it in general but each offering different views of what is being done and what should be done.

Mr. Larsen once again played the foil, highlighting projects that haven’t been completed by the current administration, while Ms. Burke-Gonzalez highlighted the realities of time lines for such things in municipal business.

“The current Town Board hasn’t produced any,” Mr. Larsen said of subsidized housing units. “The last proposal I could find … I drove by there on the way here—there’s nothing there.”

Mr. Bragman said he was disappointed that the current Town Board had rejected a proposal for an affordable housing project in Wainscott, bowing to pressures from residents who said that it could force expansion of the tiny Wainscott School. He said he would support such a project should it be reintroduced while he is a councilman. He also lamented the spread of “super-sized” housing that has driven up land costs and said he’d like to see the town pursue the purchase of small building lots and subsidize construction and sale of houses on them to expand single-family home ownership for those of “modest means.”

Mr. Giardina saw the most aggressive future for the town efforts, saying that the town should be looking to create 1,000 affordably priced residences, in a variety of forms, through public-private development partnerships.

“We need 1,000 new units,” he said. “I want to see public-private partnerships. Let our builders and our real estate owners make a buck on supporting our high school kids, our seniors and our working families.”