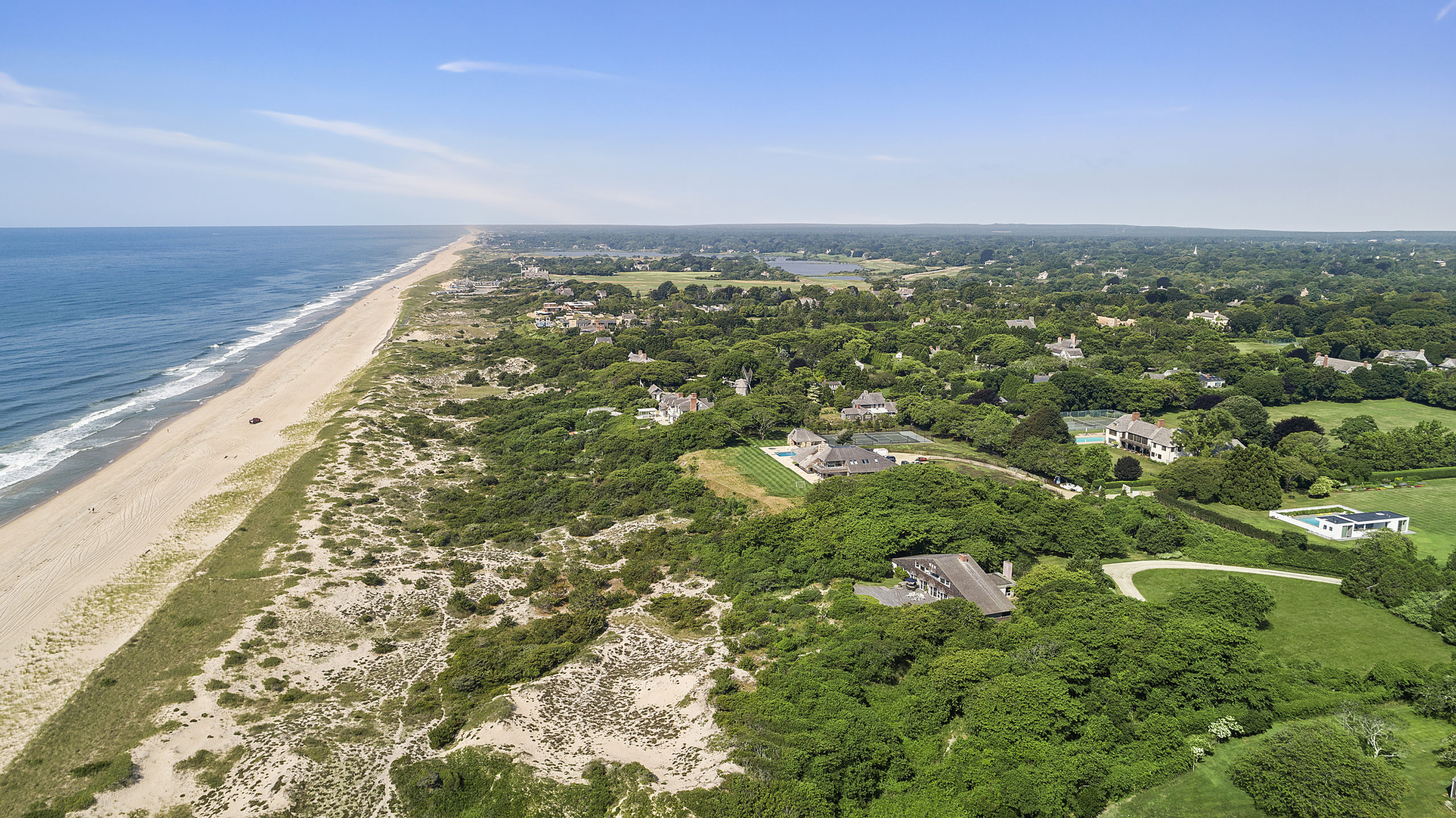 A nearly 6-acre oceanfront property in East Hampton Village with a circa-1955 midcentury modern residence overlooking the dunes has sold for $60 million in one of the Hamptons’ biggest real estate transactions of 2021 thus far.

Off Further Lane, the address is 30 Spaeth Lane and the seller was the estate of June Noble Smith Larkin Gibson, the Life Savers heiress who died in June 2020 at her Greenwich, Connecticut, home at the age of 98. According to an obituary from NNY360.com, June Noble Smith Larkin Gibson — Smith, Larkin and Gibson were the names of three husbands who predeceased her — was the daughter of Edward J. Noble, an industrialist who helped found Life Savers as well as the American Broadcasting Company, which later simply became known as ABC.

Two months after her passing, her East Hampton residence was listed for $72 million, and the asking price was later reduced to $67 million.

Architects George Nelson and Gordon Chadwick designed the house with. According to Caroline Rob Zaleski’s 2012 book “Long Island Modernism 1930-1980,” it was built for Eloise and Otto Spaeth, who gave Spaeth Lane its name. Mr. Spaeth was an industrialist who made his fortune in aluminum, among other ventures, and the Spaeths were significant art collectors.

The home was a second-story porch with ocean views; formal and informal living rooms, with a fireplace in each; six bedrooms, five bathrooms and a finished basement.

The property has 333 feet of shoreline and a double dune that offered storm protection, the listing notes. The listing also says the property can yield a 15,421-square-foot residence.

The deal closed on March 15 and the new owner is identified only as 30 Spaeth Lane LLC, according to The Real Estate Report Inc. Peter Turino and Christopher Burnside of Brown Harris Stevens had the exclusive listing.