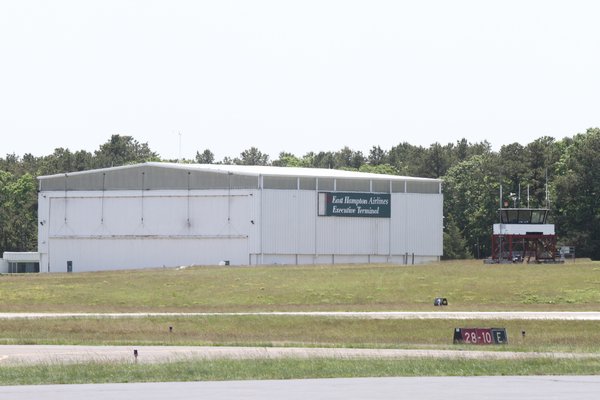 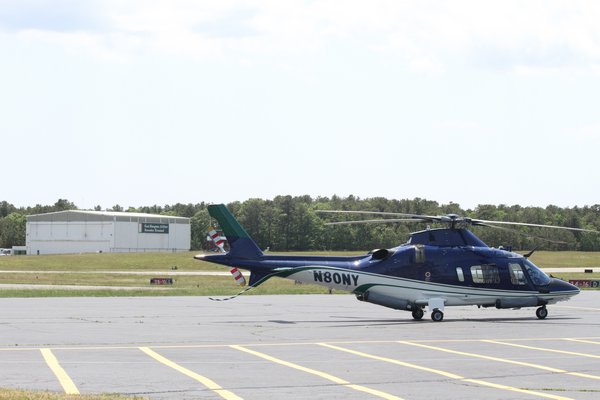 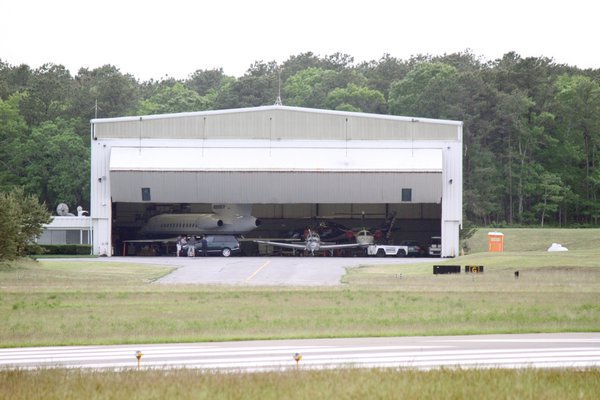 East Hampton Town is in negotiations with the estate of the late Ben Krupinski to buy out the lease for the largest airplane hangar at the airport, known as the East Hampton Executive Terminal.

The Town Board last month approved designating $275,000 from the airport’s surplus funding reserves for the purchase of the leasehold. The resolution adopted unanimously by the board on May 16 said that the purchase has been negotiated, but town officials last week said the deal is not yet inked and that the money was being appropriated in case a deal was worked out.

“We’re still negotiating things, so it is yet to be determined at this point,” Town Supervisor Peter Van Scoyoc said.

The hangar, which sits along the southern perimeter of the airport across the runways from the main terminal, is the largest of the airplane storage hangars at the airport property. The original lease puts the size of the hangar bay itself at just under 10,000 square feet and the attached offices at about 2,000 square feet.

Mr. Krupinski—who died one year ago in a plane crash off Amagansett that also took the lives of his wife, Bonnie Bistrian Krupinski, grandson William Maerov and pilot Jon Dollard—kept his small fleet of aircraft in the hangar, which still bears the banner of East Hampton Airlines, a charter service that utilized the family’s aircraft.

The lease terms require that the property have an “environmental audit” conducted before it can be returned to the town and that the lessee remediate any environmental issues at the site before it is turned over.

The hangar is not among the 47 acres of the airport property that the State Department of Environmental Conservation declared to be contaminated with hazardous waste last week.