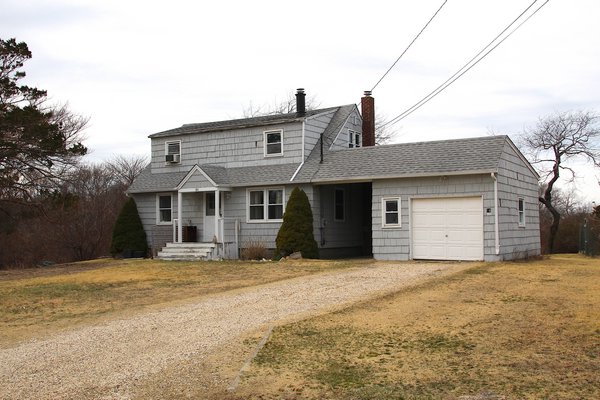 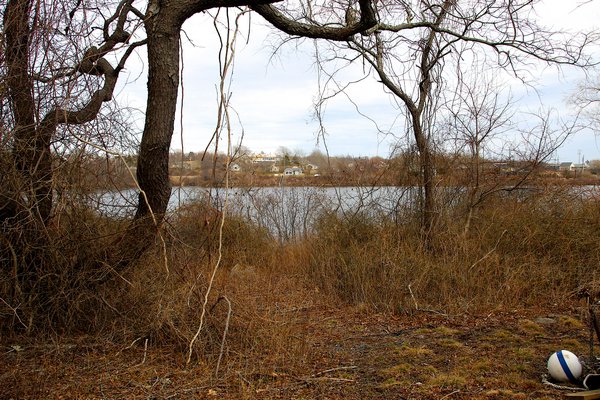 The land at the end of Endicott Road on Shepherds Neck, on Fort Pond, was approved for purchase by East Hampton Town for $1.1 million. Kyril Bromley

East Hampton Town is planning to purchase two small waterfront parcels in the Shepherd’s Neck area of Montauk, for slightly more than $1 million each, using money from the Community Preservation Fund.

Both properties are a little more than a half acre in size. Both have substantial areas of wetlands on them. One is already developed with a house, which will be razed if the deal with the town comes to fruition.

The other, a purchase the Town Board approved last week, has had long-standing but unused building permits for a house that now will never be built.

The Town Board voted, 3-0, last Thursday, March 21, in favor of purchasing the parcel at 35 South Endicott Place for $1.1 million. Councilman David Lys was absent and Councilman Jeff Bragman abstained from the vote.

The parcel sits at the very tip of Shepherd’s Neck, a peninsula that juts into Fort Pond to the east from Second House Road. It is mostly wooded, though a small area has been cleared, and is rimmed by wetlands along the water’s edge.

A building permit for a 2,000-square-foot house that benefited from a number of Zoning Board of Appeals variances was in place for several years but expired in 2015, according to Scott Wilson, the town land management coordinator, who leads the town’s CPF acquisition efforts.

The purchase was criticized, mildly, by Springs resident David Buda, who asked what public access there would be to the property, which sits at the end of a narrow, dead-end residential street, and suggested that the sale price was high for a property on which the development potential was “difficult at best” because of multiple limitations on the small lot.

He also noted that the seller of the land is the adjacent property owner, Douglas Moore, and said the lot’s sterilization would become an “extended backyard” for the existing owner, with a $1 million bonus. Mr. Moore purchased the lot through an LLC in 2010 for $680,000, according to town records that Mr. Buda shared with The Press.

Next month, the board will consider the purchase of another Shepherd’s Neck parcel, just around the corner at the northern end of South Elroy Drive.

The parcel, which is six-tenths of an acre, is already developed with a house, owned by Mark and Marisa Borek, that has been for sale for some time. The lot is adjacent to a swath of town-owned waterfront land between South Elroy Drive and E Road. The proposed purchase price is $1,025,000, and the sellers must pay to tear down the residence and restore the land to a natural state before the sale is completed.

The Town Board will hold a public hearing on the proposed deal on April 4.