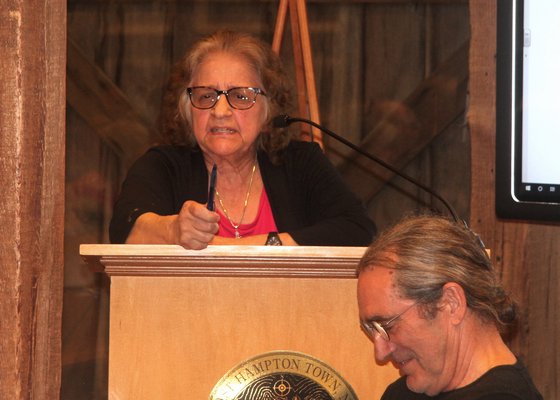 Scores of residents in the Lazy Point area of Amagansett on Monday night burst into applause when the East Hampton Town Trustees voted in favor of extending the leases for their tiny lots from one year to 35 years.

In the final discussions of the long-running debate, the majority of the Trustees said they saw extending the leases as a way to offer the owners of homes on Trustees-owned lots in Lazy Point security in their standing there, and the potential for being able to get loans for home improvements or purchases.

“This is the right thing, in my opinion, to do for the neighbors and the community,” Trustee Susan McGraw-Keber said. “We all live on an island that is subject to coastal erosion, and … you deserve stability. You deserve to be able to fix your homes if need be. This is an opportunity … to get funding, and I’m here to help you.”

The Trustees support of the measure was not unanimous, though. Trustees Susan Vorpahl and Dell Cullum abstained from the vote, both saying they were still unsure of the impacts that the changes to the leases would have on the Board of Trustees and the area in the long term.

Trustee Rick Drew had recused himself from the entire discussion because his family has a house on a Trustee-owned lot at Lazy Point and holds one of the leases at issue.

Ms. Vorpahl said she worried that the long-term leases could pose environmental conflicts at Lazy Point as sea level rises around the low-lying bayside community.

“What is that shoreline going to look like in 10, 20, 35 years?” she asked. “Do we want to promote people being tied into these long leases when maybe that landscape might drastically change?

“I don’t know if we’re creating more of a problem for us and for future boards than we are intending to here,” she added.

The final approved bill included some changes, like clarifying that the sale or transfer of a lease to a new homeowner will not trigger the start of a new 35-year lease term, so that all the leases were kept on the same term.

Support for the bill also brushed aside one last round of criticism—as well as a petition signed by 17 residents who objected to the lease extension.

“This is a huge giveaway,” Amagansett resident Elaine Jones said, saying that the leases would encourage owners to build “McMansions.”