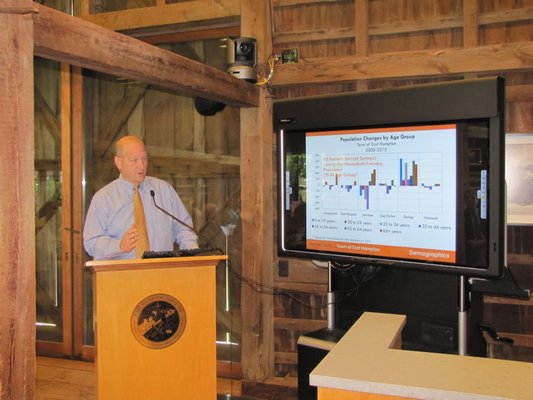 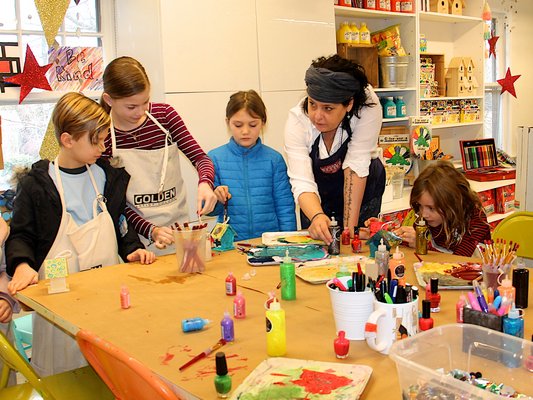 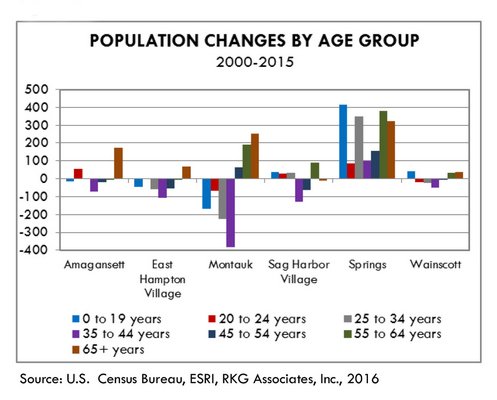 East Hampton Town is getting older, less family-friendly, and there are fewer full-time residents, despite high employment levels and a steaming economy driven by services to second-home owners.

U.S. Census data compiled by consultants for the town showed the trends, which the consultants said are likely to cause a continued loss of businesses catering to year-round residents in the foreseeable future.

In the last 15 years, all of the town’s hamlets, except Springs, saw substantial declines in year-round population between 25 and 54 years old, the age group that typically makes up new families.

Those year-round residents have been replaced by second-home owners whose numbers have grown to 63 percent of the homeowners in the town. They pay an outsized proportion of town taxes: slightly less than 73 percent, or $112 million.

“If we ever had any doubt that the second-home ownership market is not important, there you have it—it almost should be viewed as a second industry itself,” said Russell Archambault, the consultant who analyzed town data in a study that accompanied the recent planning studies of the town’s various markets. “You are getting a group of people to pay a lion’s share of the taxes.”

Mr. Archambault noted that second-home owners’ contributions far outweigh the demands on public services that they generate, but said that in the future that gap could narrow if more of those second-home owners decide to move here permanently.

Overall, the town’s population has continued to grow fairly steadily, at about 0.6 percent per year, just slightly faster than the average of other towns in Suffolk County. But most of that growth, especially in the family-forming ages, has landed in Springs, where the population grew at a rate of more than 3 percent annually. Springs’ growth in that demographic, the census data shows, was driven primarily by the swelling Latino population and the comparatively low cost of housing there.

The Latino population accounts for almost all of the growth in population in the 25-to-54-year-old demographic.

Springs also has the lowest ratio of second homes, about 50 percent, and the lower value of those homes means that they account for a smaller portion of town taxes, about 54 percent.

Mr. Archambault said that these patterns carry significant economic importance. Townwide, he noted, it means that the sort of businesses that typically would rely on providing day-to-day services to year-round residents will struggle and gradually fade away. But in Springs, which has a tiny commercial sector, the need, or opportunity, for such businesses will continue to grow.

In other hamlets, he added, services for seniors will be in increasingly high demand in the years to come. There is also substantial room for new business growth for services that are still lagging behind demand, like electronics and appliance sales, auto parts, and even shoe stores—services that the study found local residents typically travel outside of the town to use.

The changes in age in the town more or less mirror national trends as the Baby Boom generation ages and the smaller Generation X, which is now made up of people in their late 30s to early 50s, becomes the bulk of the family-forming demographic.

Currently, retail sales and restaurant and hotel services make up the two largest segments of the local economy, with about $450 million in annual sales in 2014, the last year for which such data was available.

In all, Mr. Archambault said there are 719 individual businesses in the town, though that does not include most of those who are self-employed, and he said that job growth following the 2008-09 recession has been robust, climbing nearly 30 percent, to about 12,000 jobs.