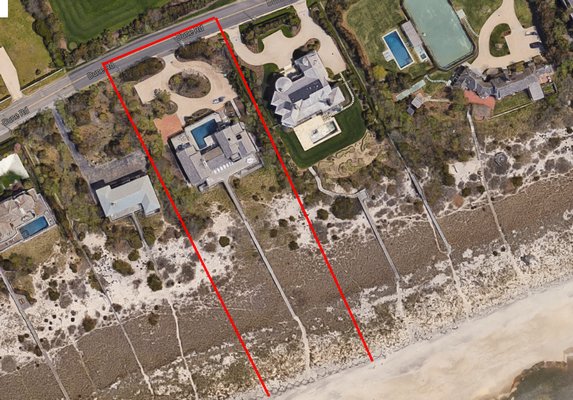 Whatever happens to the Giants on Sunday in Green Bay, the team’s quarterback is a winner in Hamptons real estate: Eli Manning has closed on a house on Dune Road in the Village of Quogue, with the former owner scoring $8.5 million from the future Hall of Famer.

Like many buyers in these parts these days, Manning, who celebrated his 36th birthday last week, preferred to list a limited liability company as the purchaser. Mr Chester LLC is named after the family dog, who is somewhat of a celebrity in his own right. He was profiled in a June 2014 issue of People magazine about his prowess with taking care of the family’s two daughters, who at that time were 1 and 3 years old. The occasion was Mr. Manning’s hosting (for the eighth time) of the 37th annual Guiding Eyes for the Blind Classic golf tournament.

At 1.21 acres, the passer’s new property will not rival Met Life Stadium, but it does have the Atlantic Ocean and no doubt it will serve as a tackle-free oasis for the Manning clan. The three-story house is just a whisker under 7,000 square feet, has 5 bedrooms and 4 baths, and was built in 2004. Amenities include a fireplace, a pool, and excellent water views.

One can expect the Quogue manse will be a summer gathering place for the extended Manning family. Elisha Nelson Manning was born in New Orleans, one of three sons of another great quarterback, Archie Manning. In 2008, he married Abby McGrew, a native of Nashville who met her husband when they were students at the University of Mississippi. In 2015, the couple added a third daughter. Another brother is, of course, Peyton Manning, who with his family, may well visit Quogue often next summer because … well, in his second year of retirement, he needs things to do and there are only so many commercials even he can make.