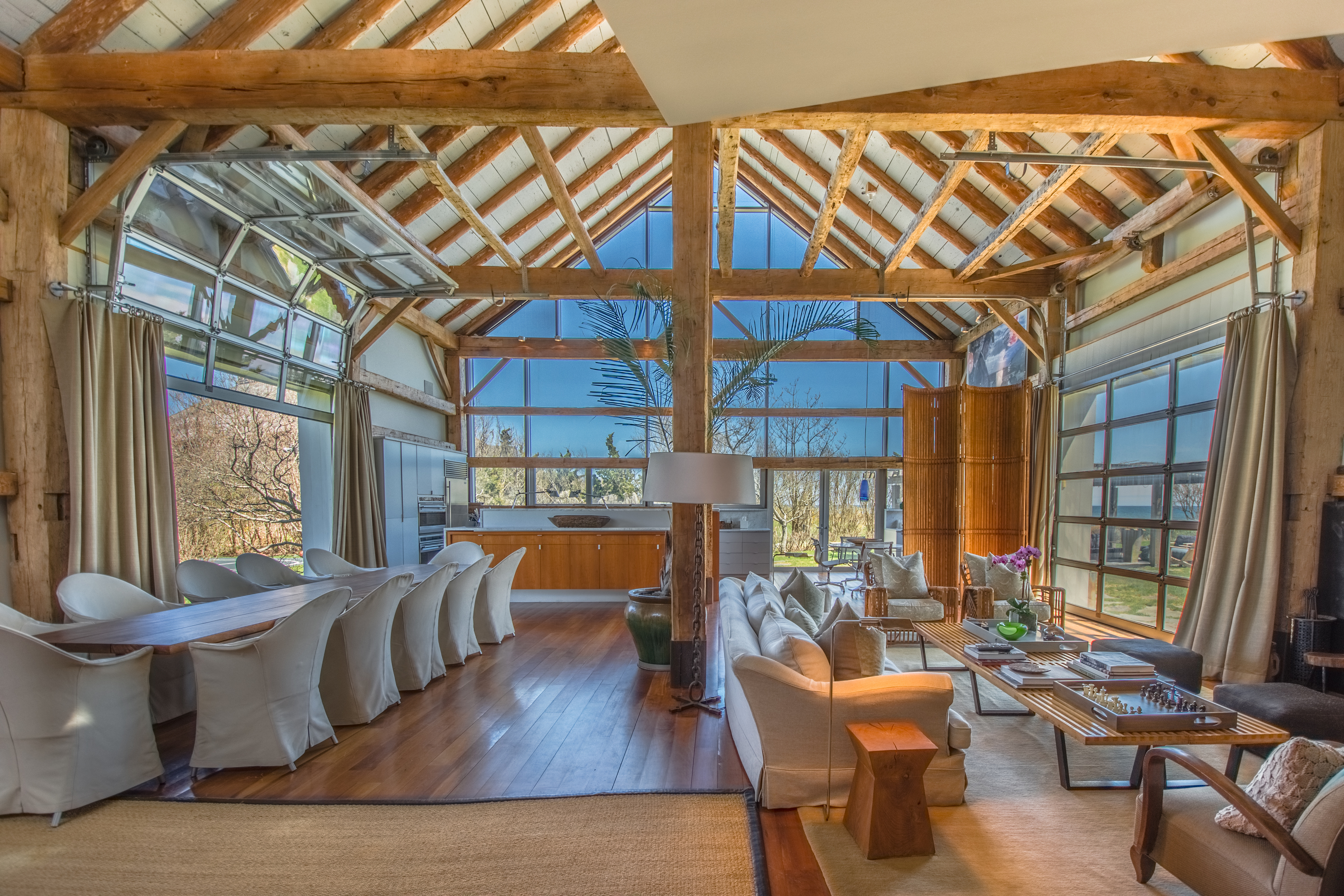 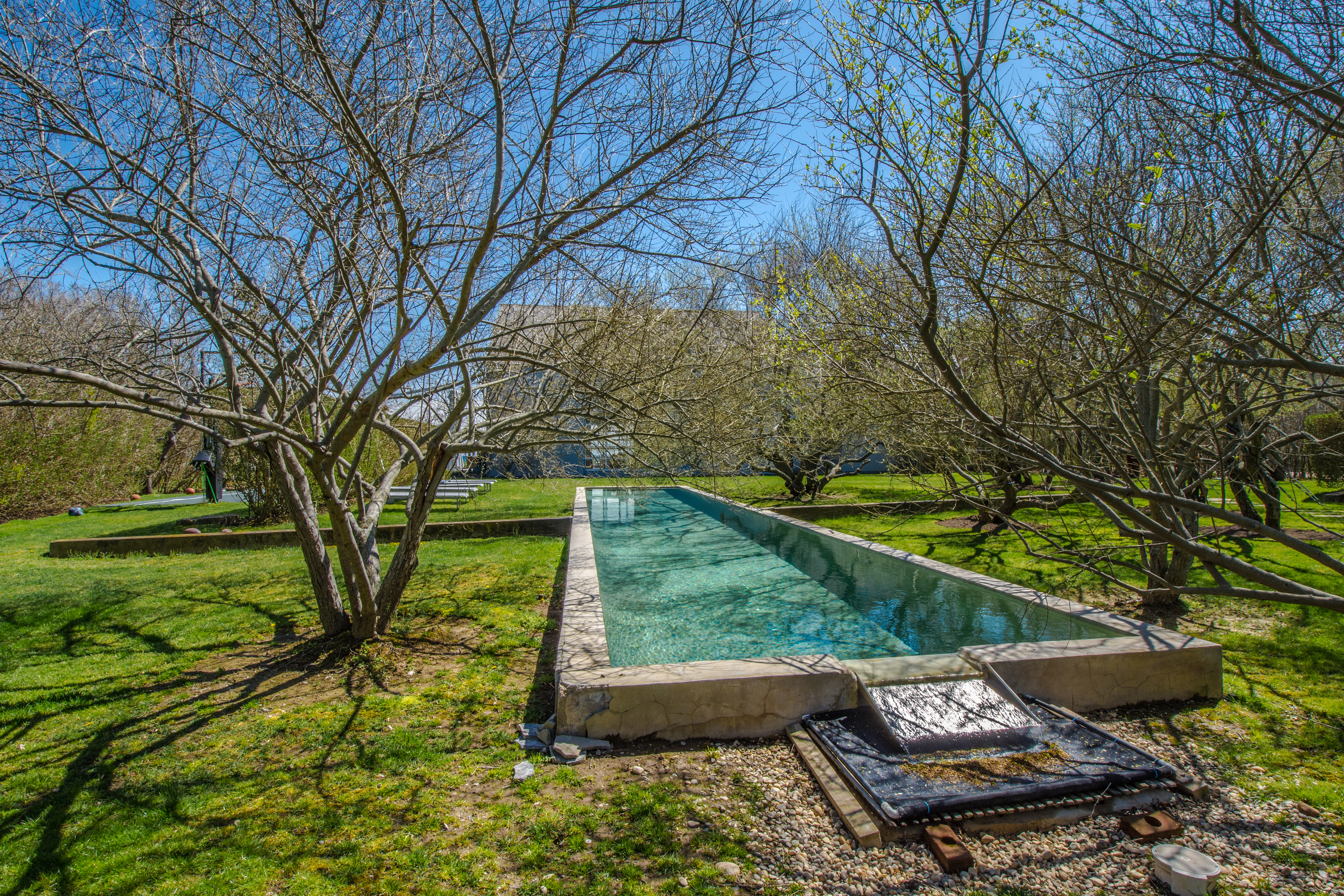 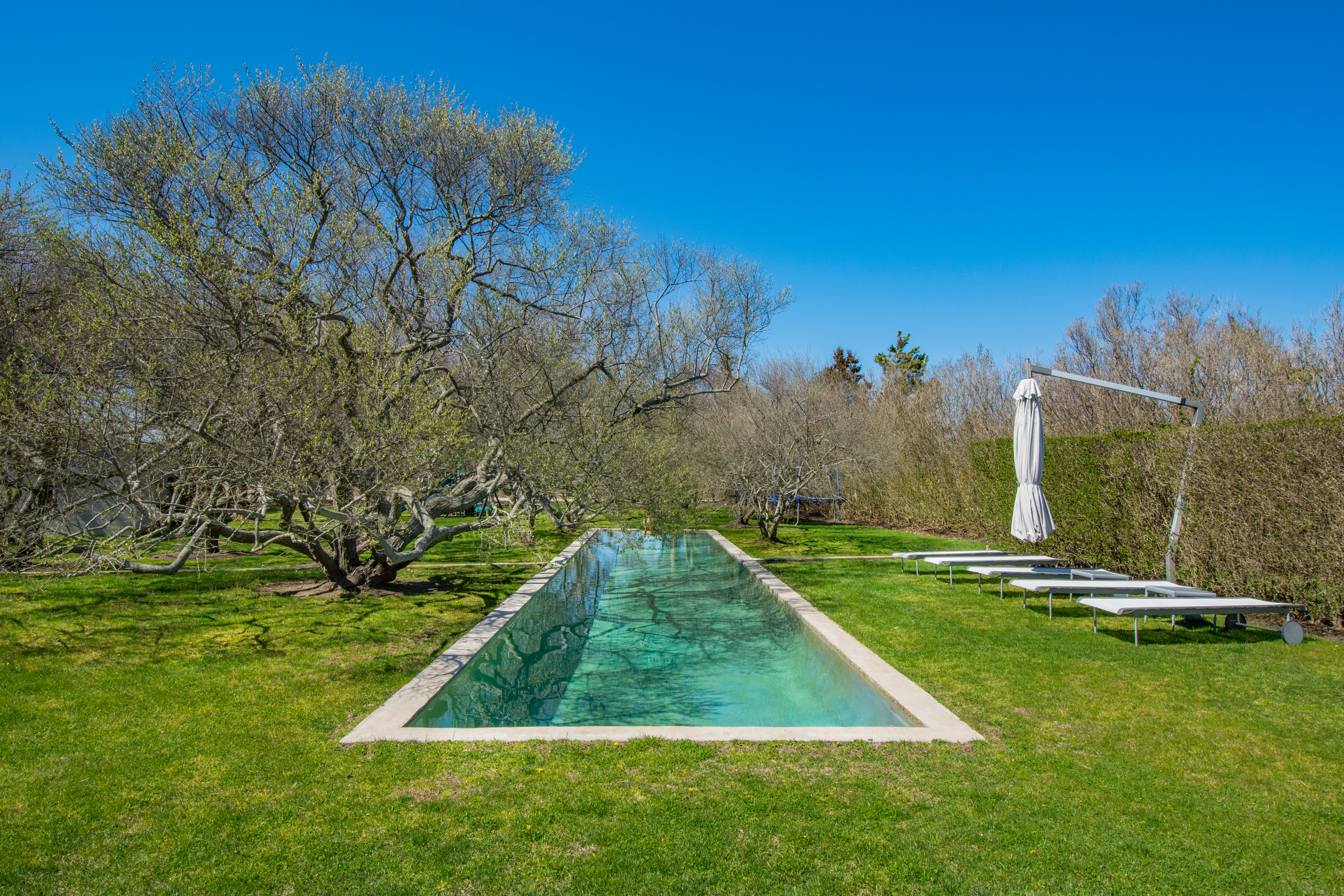 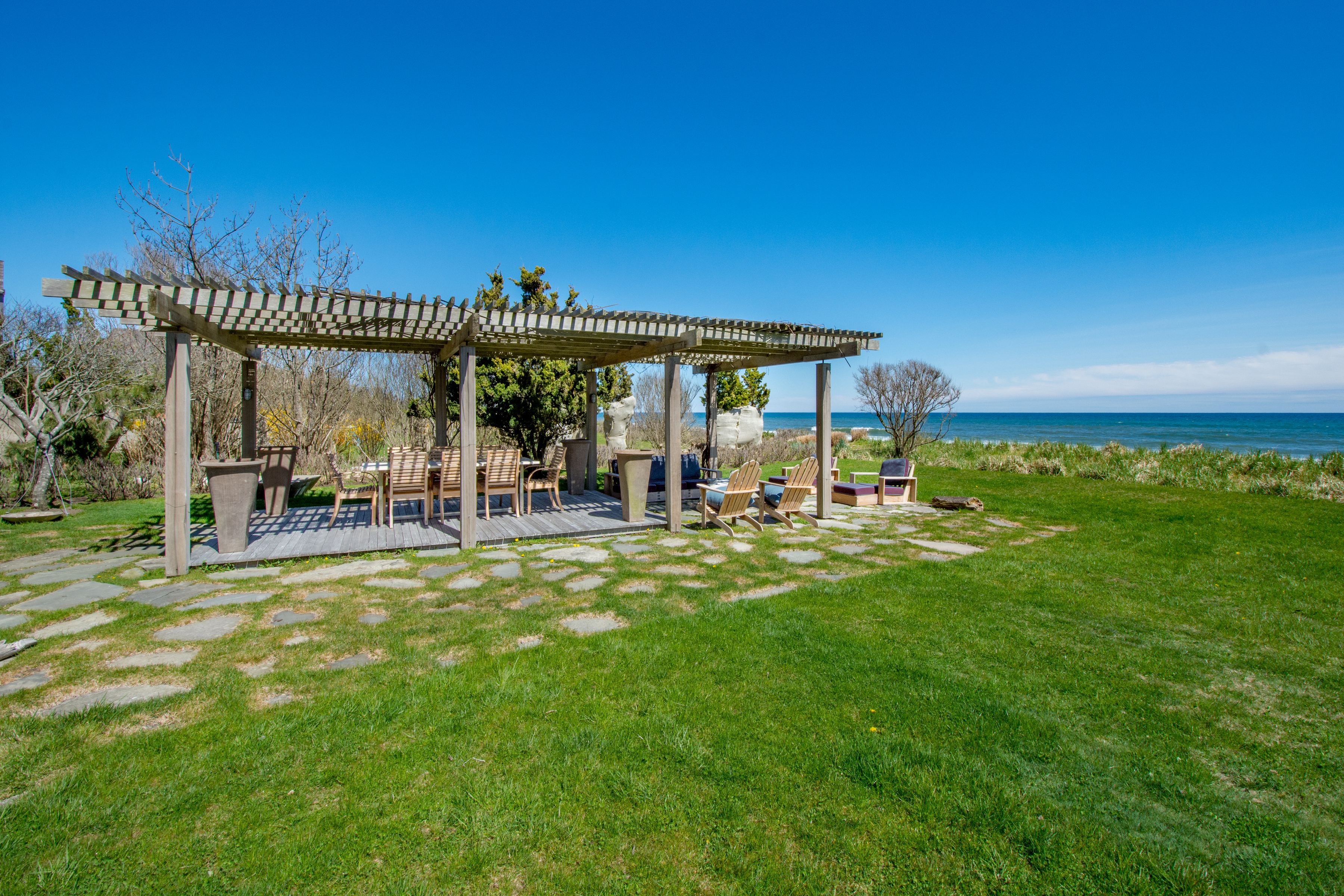 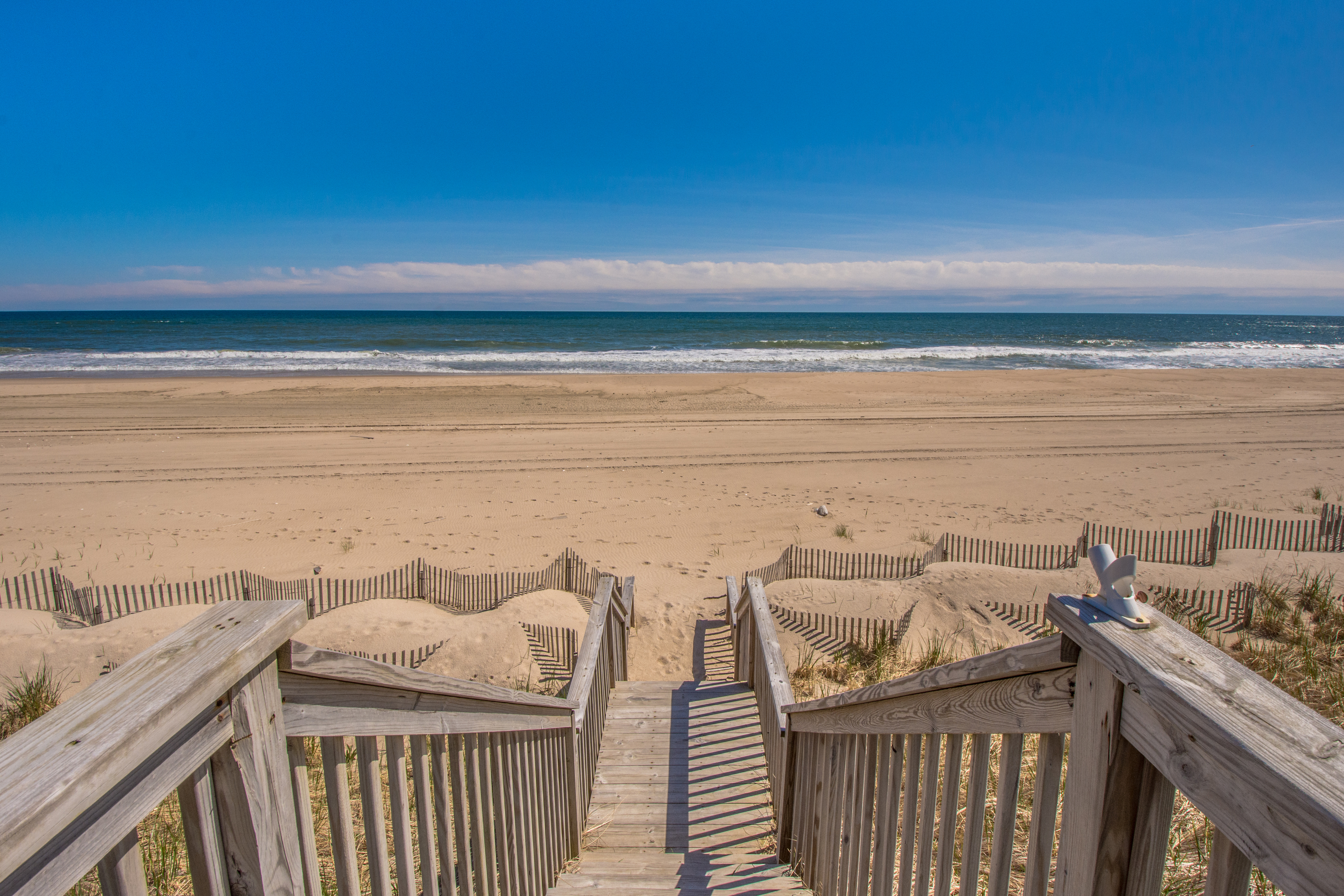 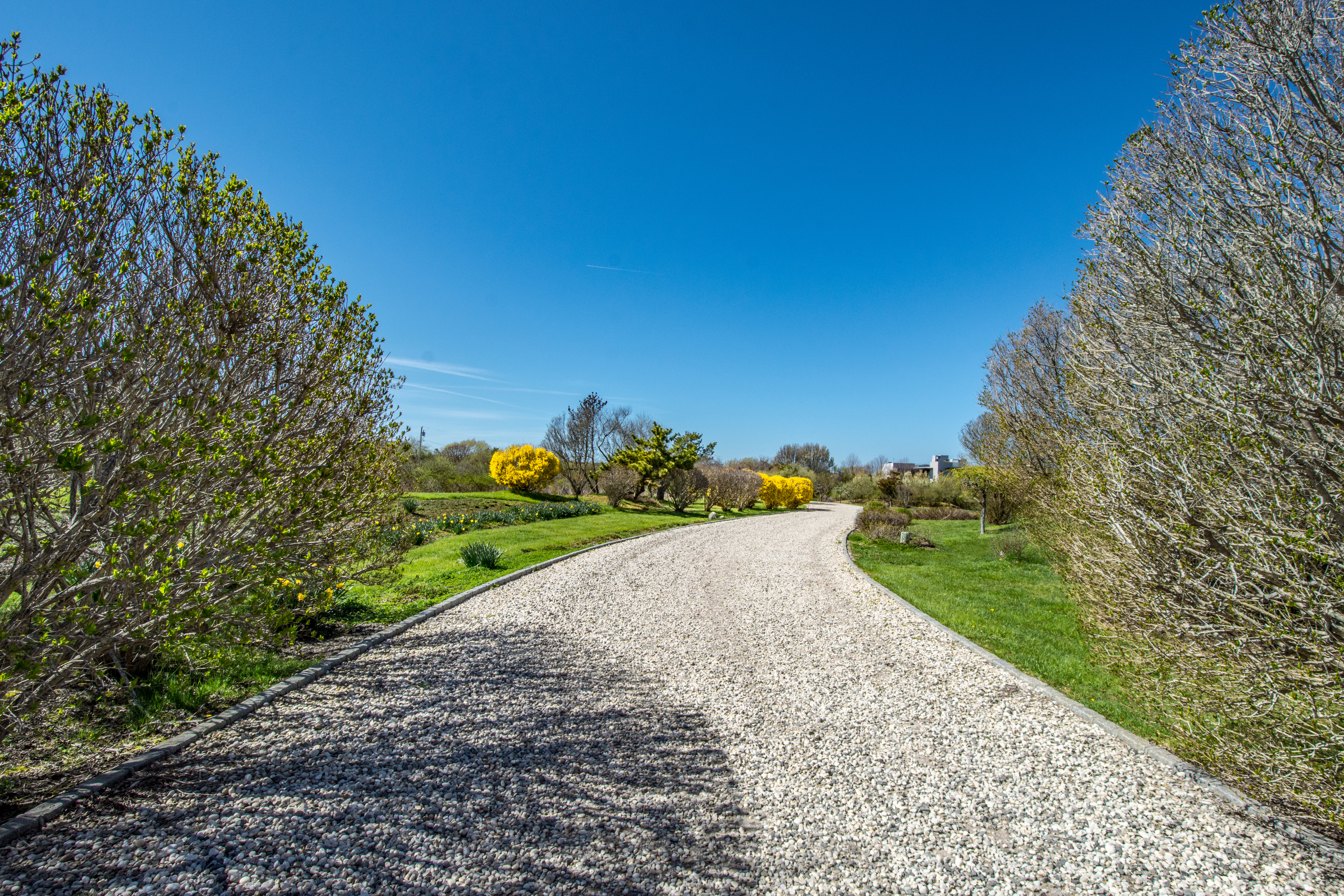 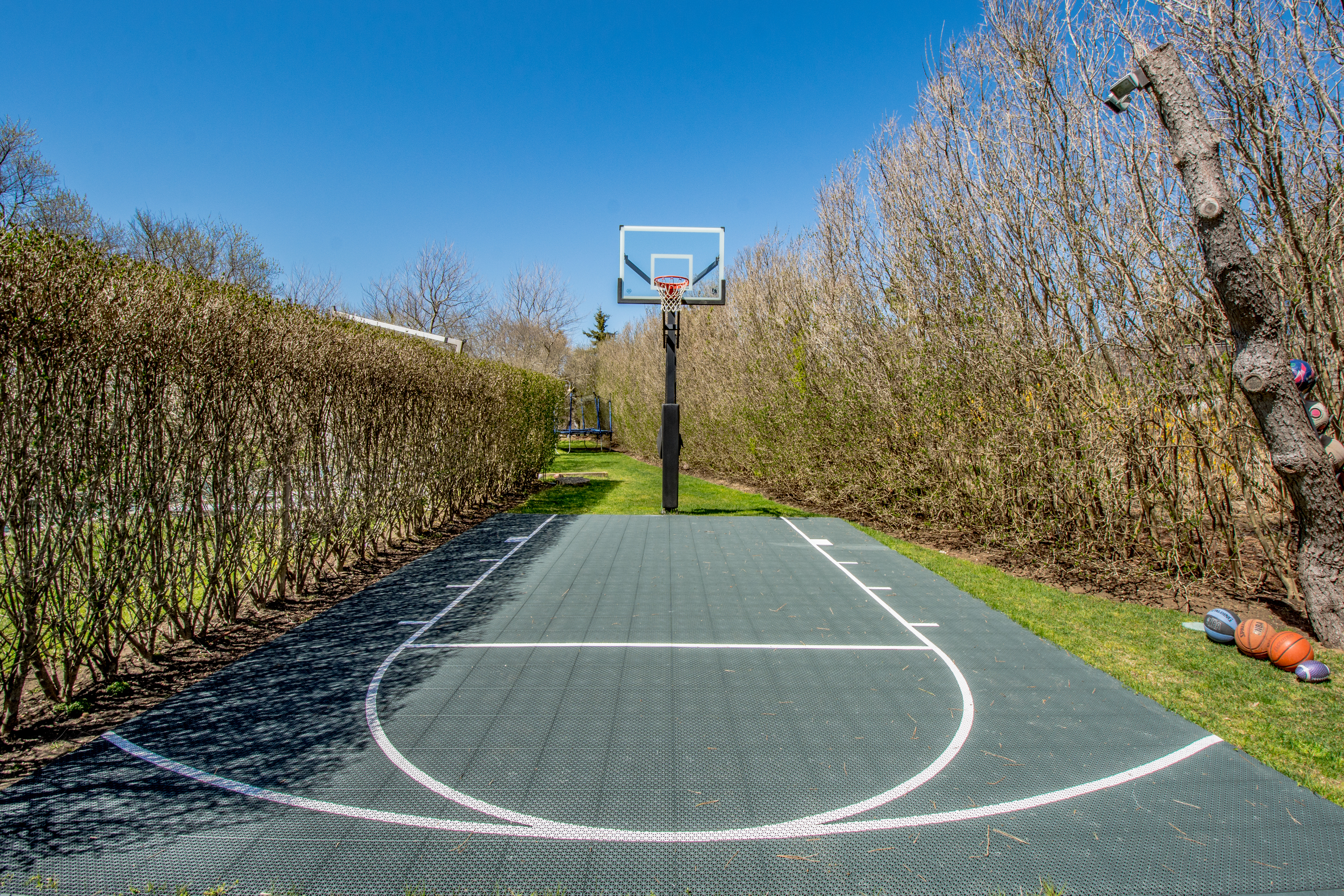 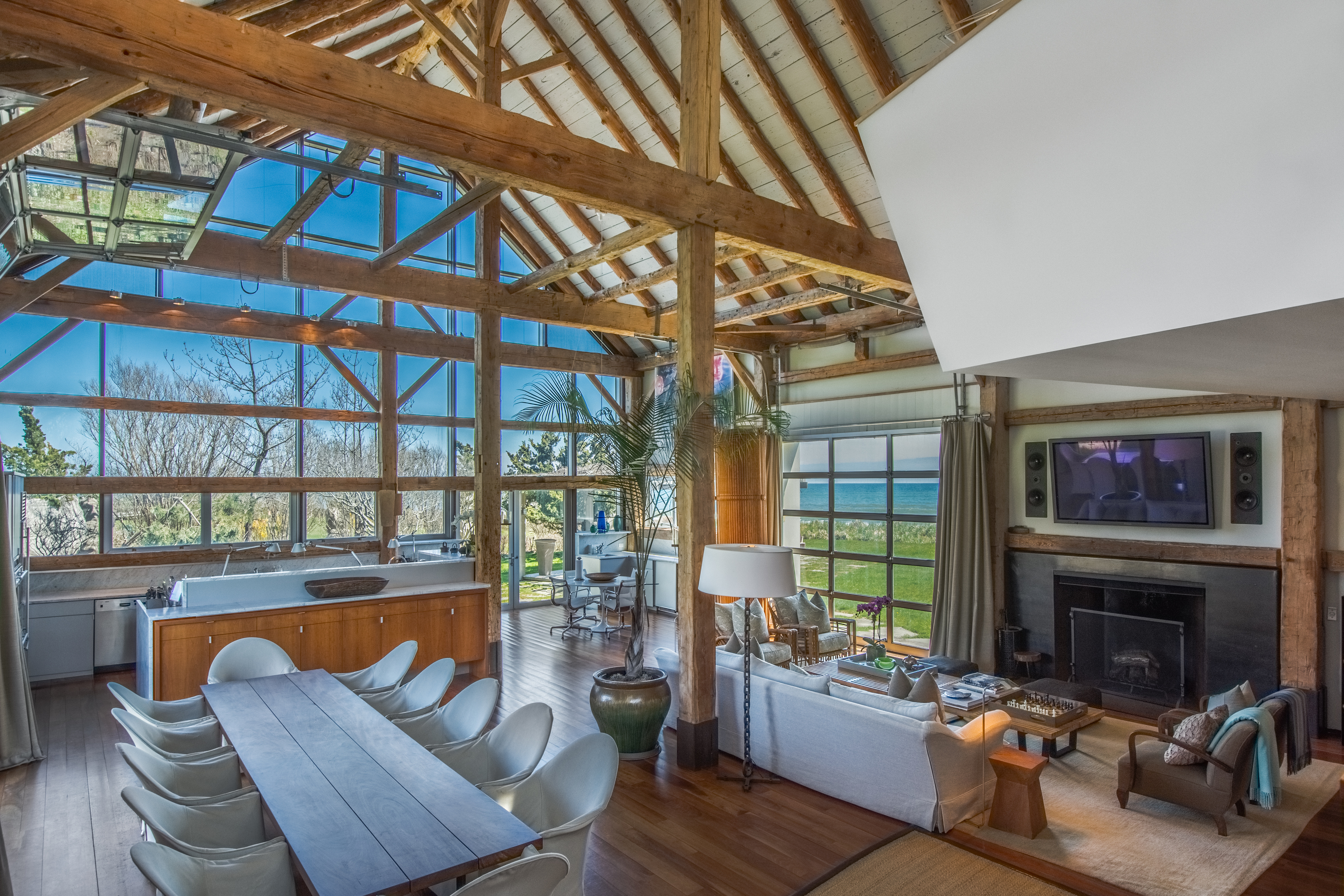 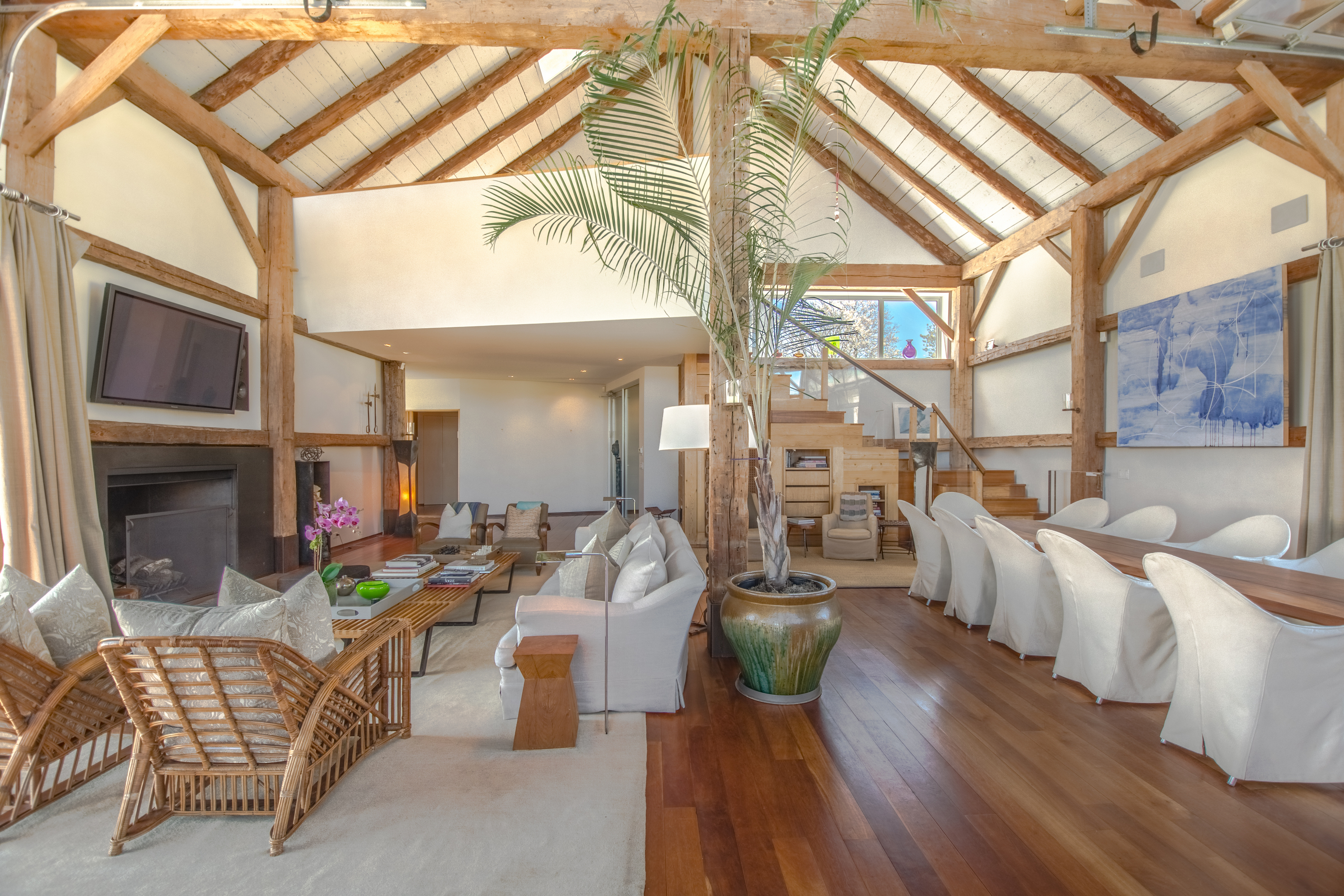 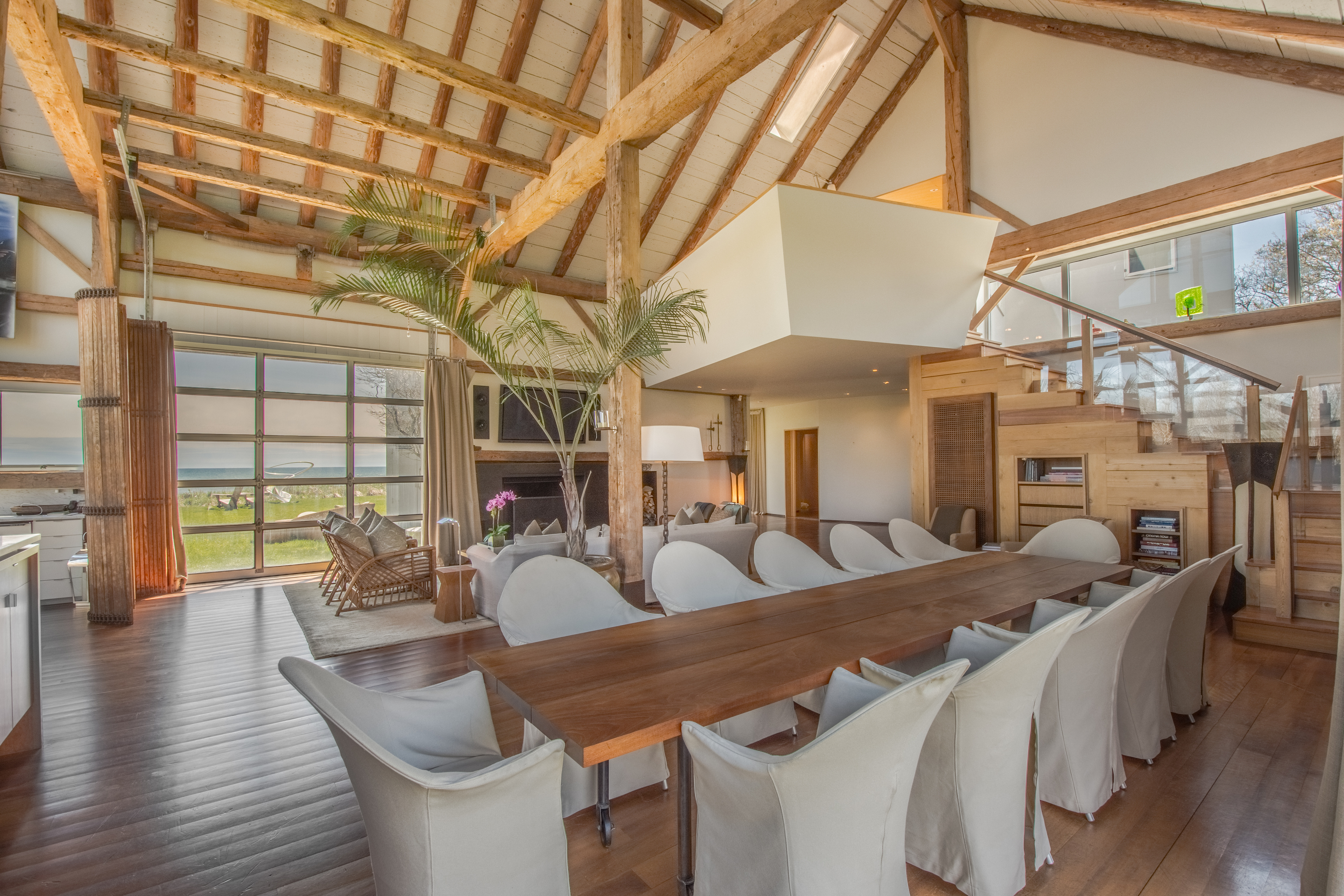 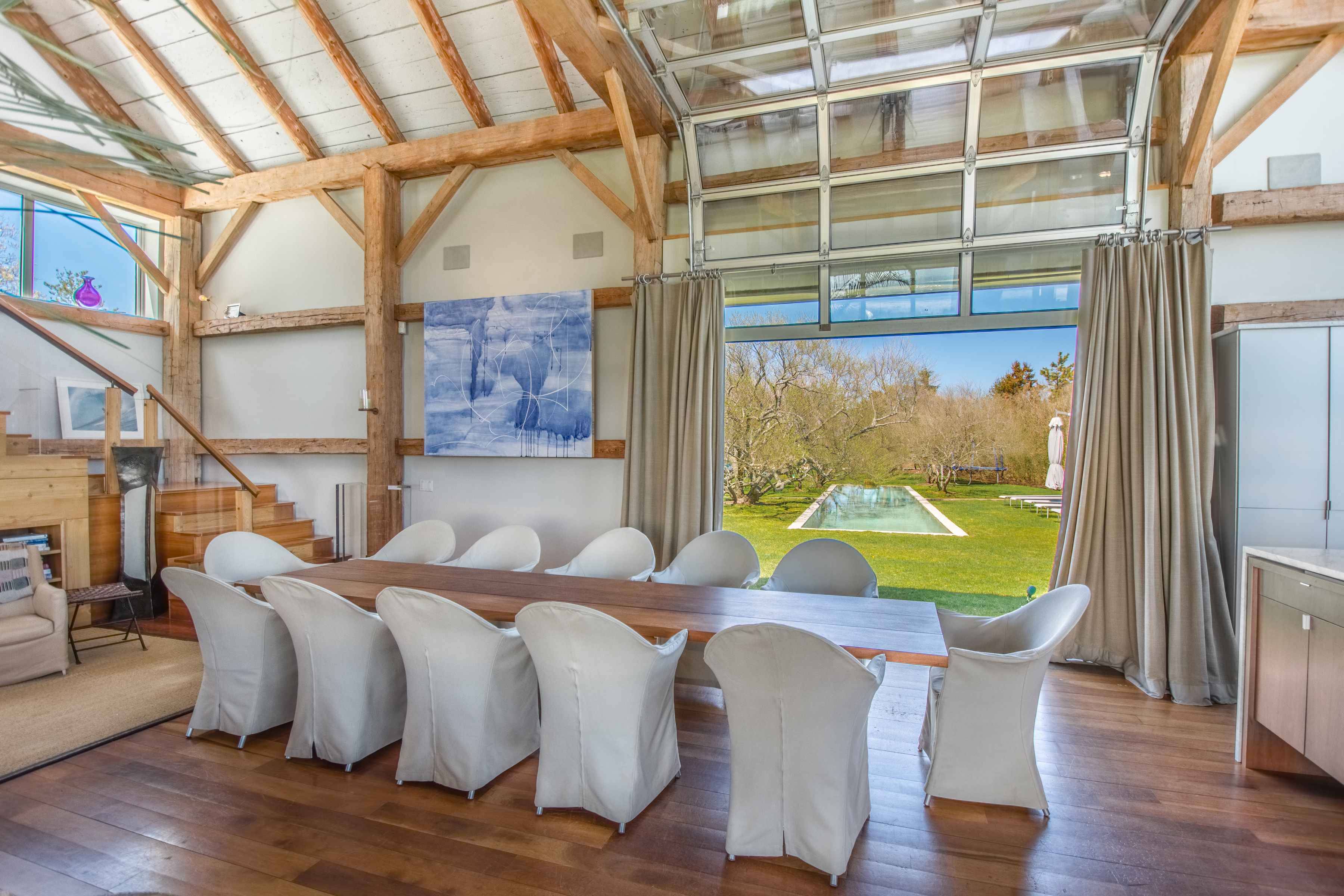 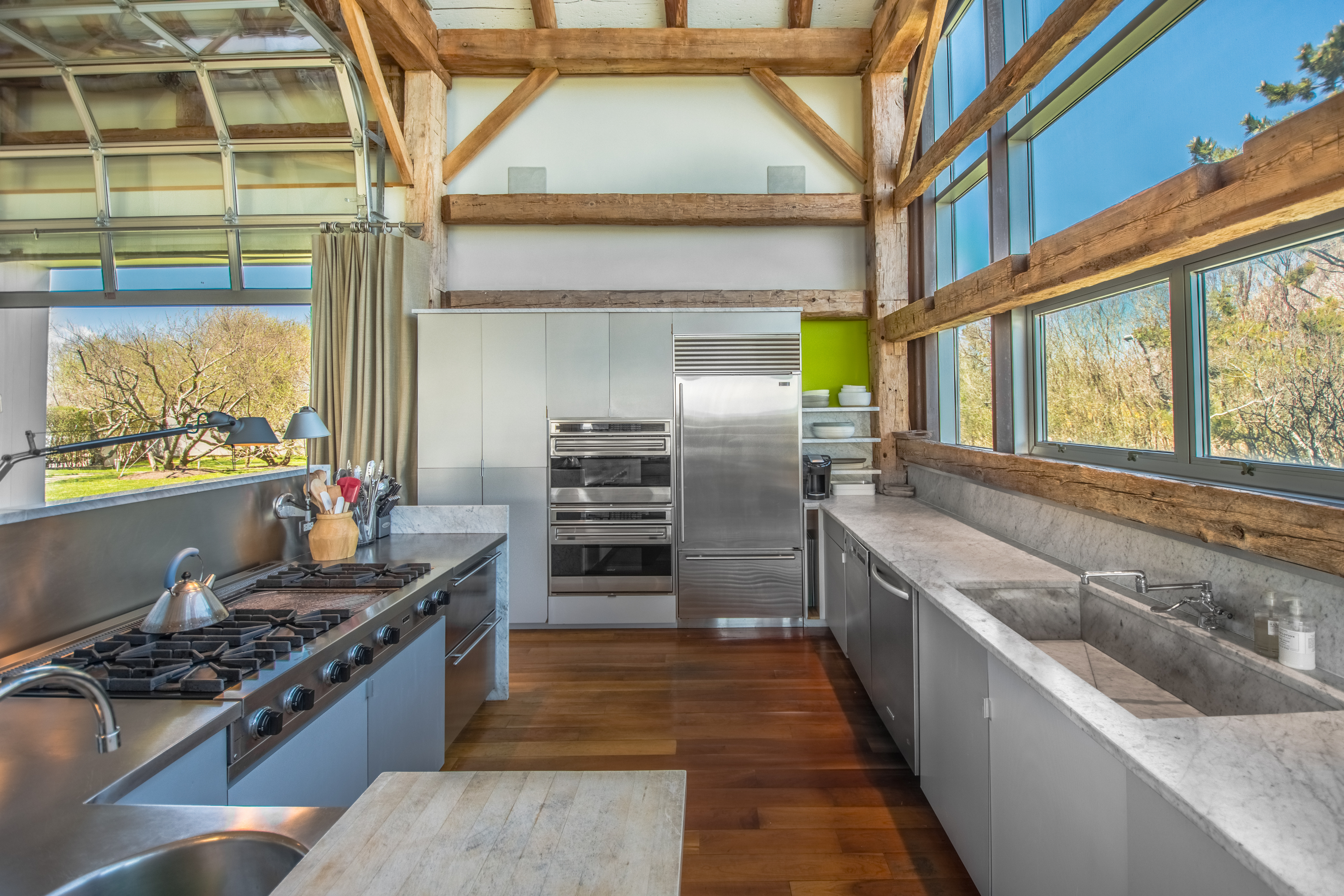 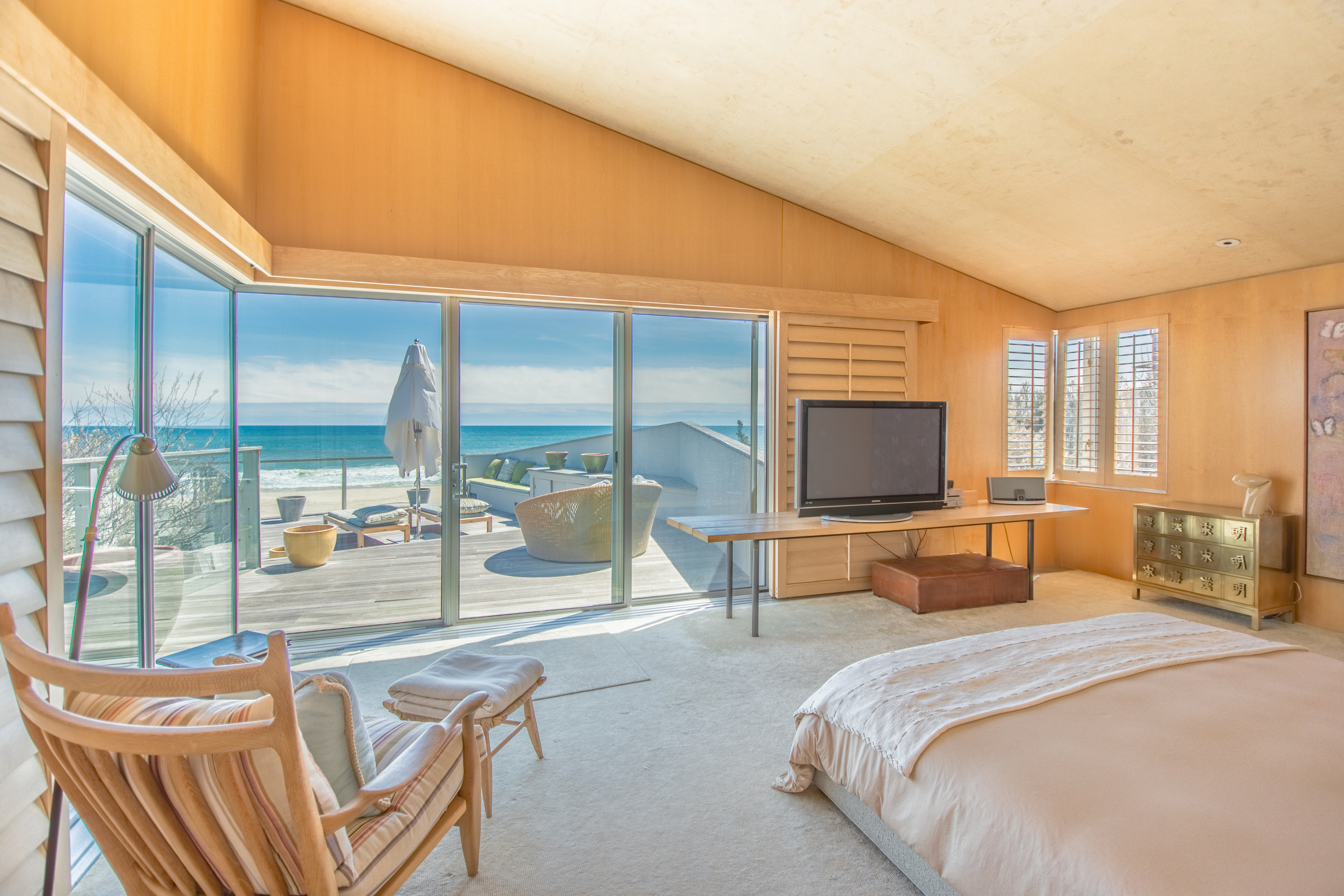 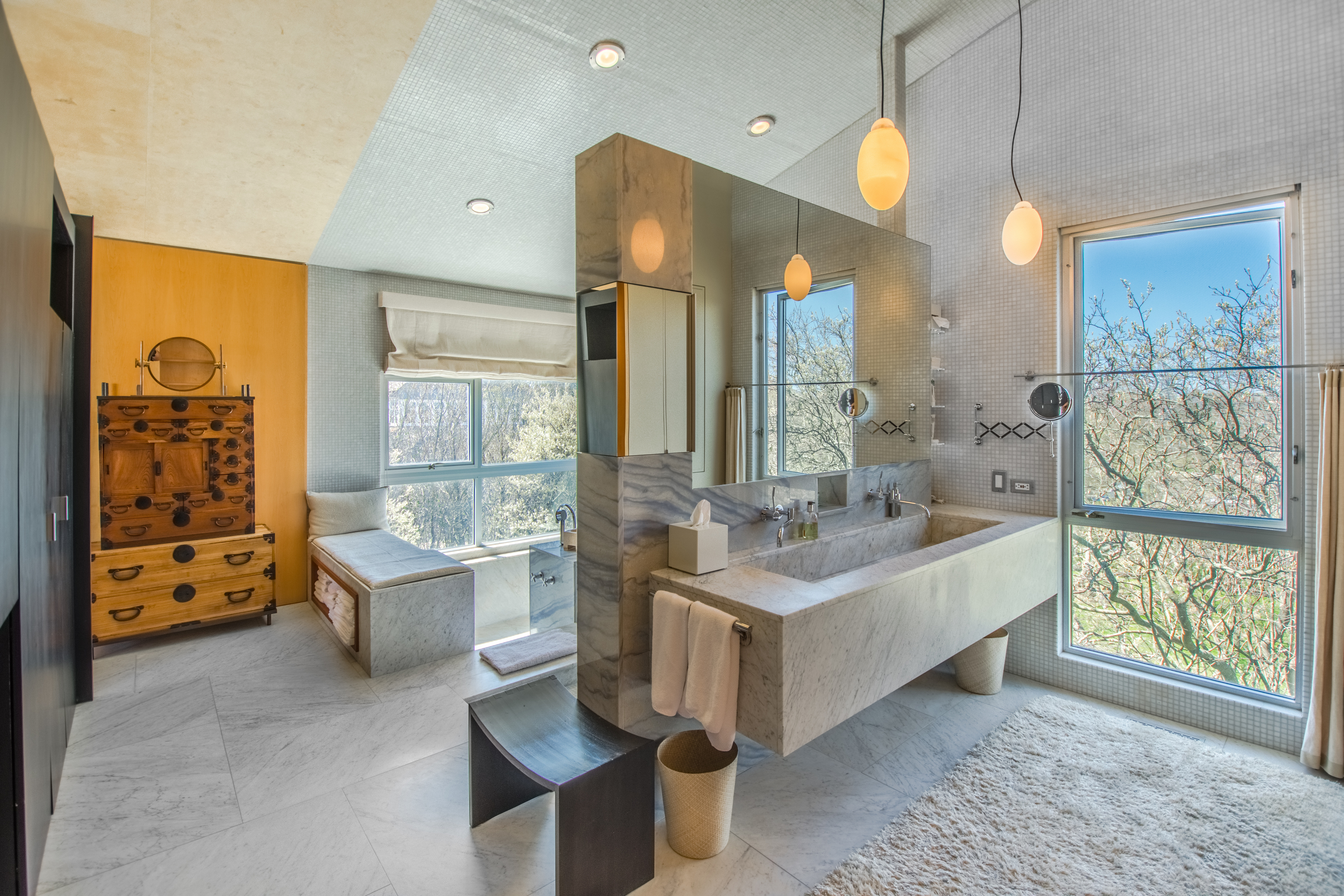 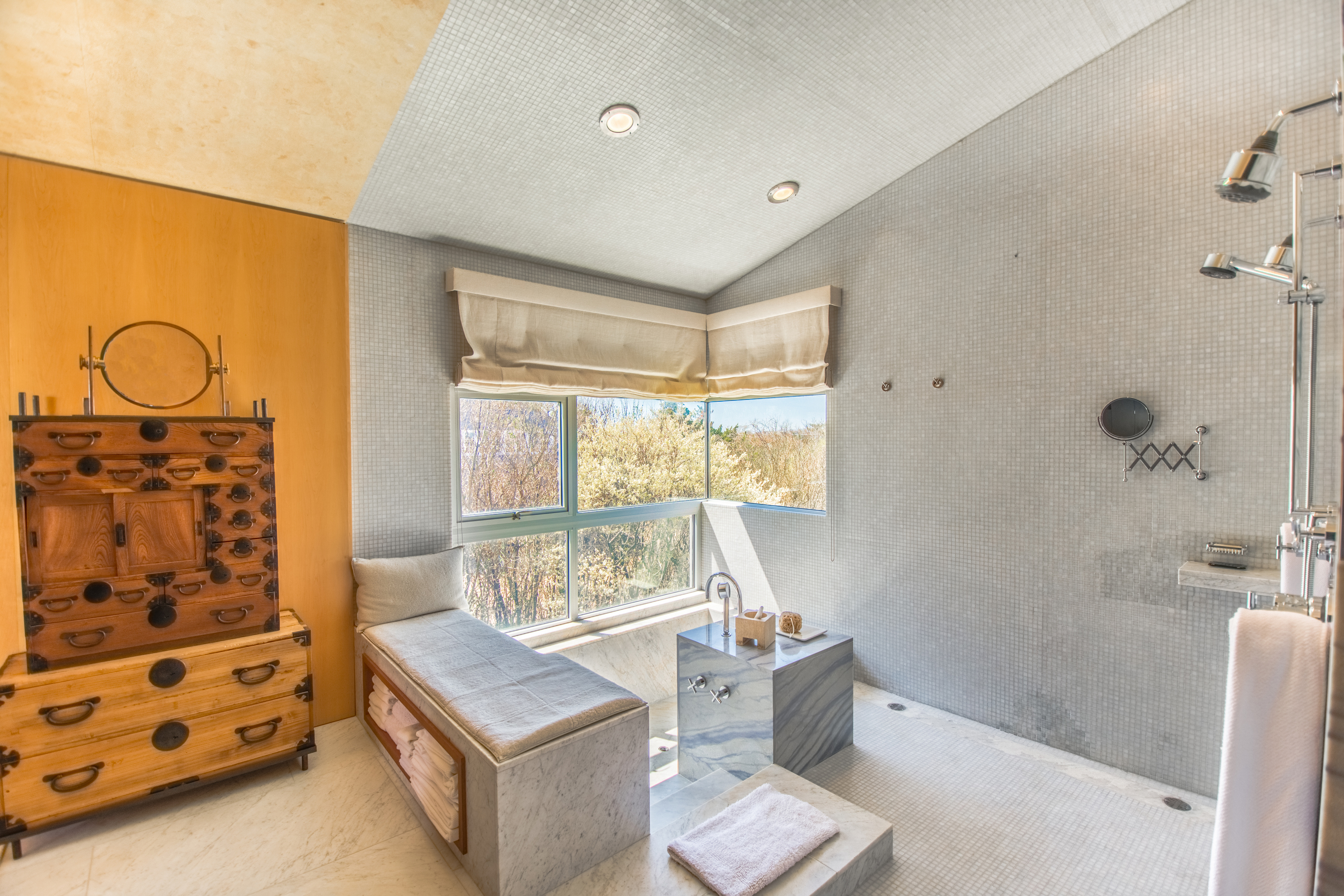 More than two years after it hit the market for $45 million and failed to find a buyer, the Sagaponack Village home of fashion designer Elie Tahari has been relisted at a reduced price.

Asking price for the oceanfront retreat on 2.3 acres at 135 Crestview Lane is now $39 million.

Th residence is 4,500 square feet. The master suite offers a panoramic ocean view and includes a room-sized shower, a six-person tub, an office with an 85-inch television and a balcony that overlooks the residence’s great room. And there are two more suites in addition to the master, one oceanfront with its own egress to the beach and the second with a four-person steam shower and a wall of glass leading to a hidden garden.

The aforementioned great room is described as “barn-like” with 10-foot tambour glass doors that can roll up quite like garage doors to form an alley that runs from the oceanfront lawn, through the 30-foot-high-ceilinged space, to the 60-foot-pool set among Russian olive trees.

A flagstone terrace features a dining table for 10 under a vine-covered pergola, and the sun deck has stairs to the beach.

Tom Flynn designed the midcentury interior that has been featured in many shelter magazines and coffee-table books.

Keith Green and Ann Ciardullo have the listing for Sotheby’s International Realty.

Mr. Tahari is one of the world’s most renowned fashion designers and locally one of his eponymous stores is located at the corner of Newtown Lane and Main Street in East Hampton.

He grew up in both Iran and Israel and immigrated to the United States. In 1973, Mr. Tahari popularized the tube top and a career was launched. His first full fashion show was at Studio 54 in 1977.