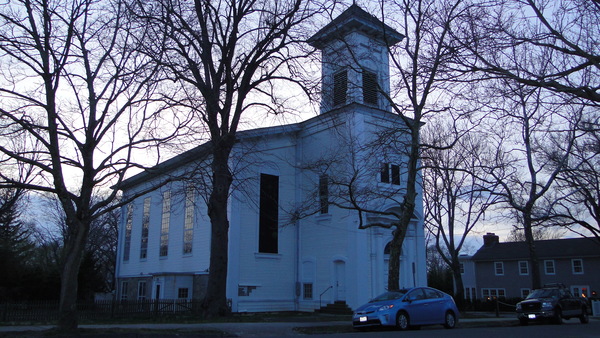 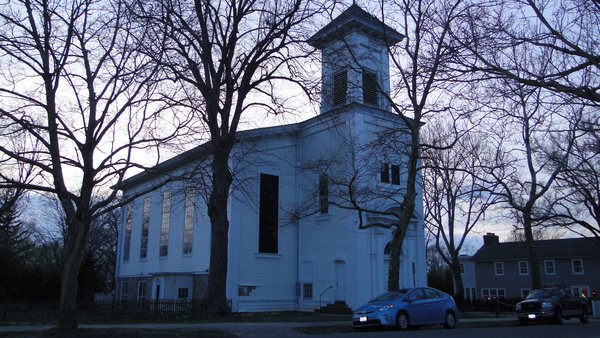 The former Sag Harbor United Methodist Church building, a towering white landmark once slated for transformation into an art and interior design studio and textile showroom, has recently been sold for $4 million to a private buyer.

The new owner, Sloan Schaffer is an art collector and gallery owner with homes in Los Angeles and Florida, who has long eyed the Madison Street building after falling in love with it in 2008. He says he plans to maintain the Madison Street property’s historical significance. The approximately 10,000-square-foot church dates to the 19th century.

“We are beyond excited about it. We consider Sag Harbor our second home,” Mr. Schaffer said in a phone interview this week, referring to his family. “The idea is to preserve it. We’re going to work closely with the village and the Architectural Review Board to preserve as much as we can and whatever is required by Village Code. We’re going to be very respectful of that process.”

Mr. Schaffer closed on the property on March 21, after buying it from East Hampton resident Elizabeth Dow, who had owned it under the name Bauhaus, LLC. Although Mr. Schaffer declined to disclose the purchase price, it was provided by Pat Ammirati, president of the Real Estate Report, and confirmed by Ms. Dow.

“The goal is to preserve the building,” said Dennis Downes, the attorney representing Mr. Schaffer. Mr. Downes said he has asked Sag Harbor Village to zone the property back to residential from business. The property had been zoned for residential uses since 1946, but a few years ago, Ms. Dow successfully won approval for it to be rezoned business so that she could move her Amagansett business to the site.

Mr. Downes said the village’s planning consultant, Richard Warren of InterScience, will render a report to the Village Board, which, in turn, will hold one or more hearings on the proposed rezoning.

Ms. Dow paid $2.1 million for the property in November 2011, buying it from Denis Suskind, a former Southampton Town councilman and one-time partner at Goldman Sachs. Mr. Suskind bought the property in 2008 from the church for $2.4 million. The congregation has since moved to a new church on Carroll Street.

“I think it was one of the most difficult decisions I’ve ever had to make—to sell the building,” Ms. Dow said on Tuesday in a phone interview from the Bahamas where she was vacationing. “But Sloan was extremely persistent about his offers. Ultimately it was a business decision I had to make, but I do believe he will be an excellent steward for the building.”

Mr. Schaffer plans to keep on the same architect, the Sag Harbor-based Bates Masi Architects, Ms. Dow had hired to restore the building.

The architects are designing a residence out of the interior, which right now is a nails-and-boards construction zone. The exterior will remain untouched, save for the removal of some aluminum siding to reveal the clapboard underneath, Mr. Downes said.

“It’s funny,” she said. “When I bought the building, he was trying to buy me out of my contract and I wouldn’t let the building go at the time. He sent me a triple-stem orchid that said, “Congratulations—Sloan.’ So we’ve had kind of an ongoing dialogue, with this building being the center.”

Throughout the offers, she said, they discovered that they were both alumni of the University of Michigan, he of the architecture school and she of the art school.