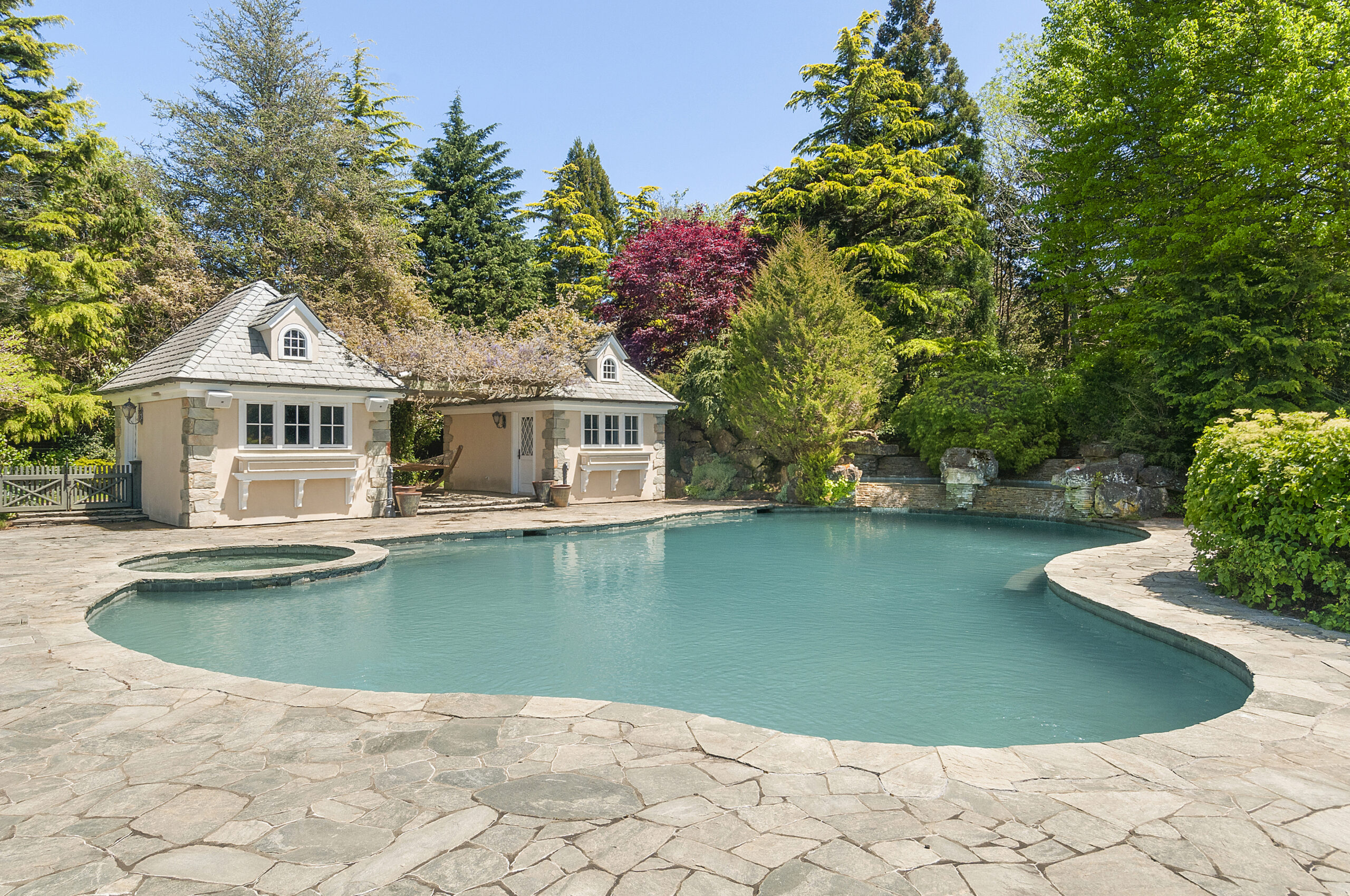 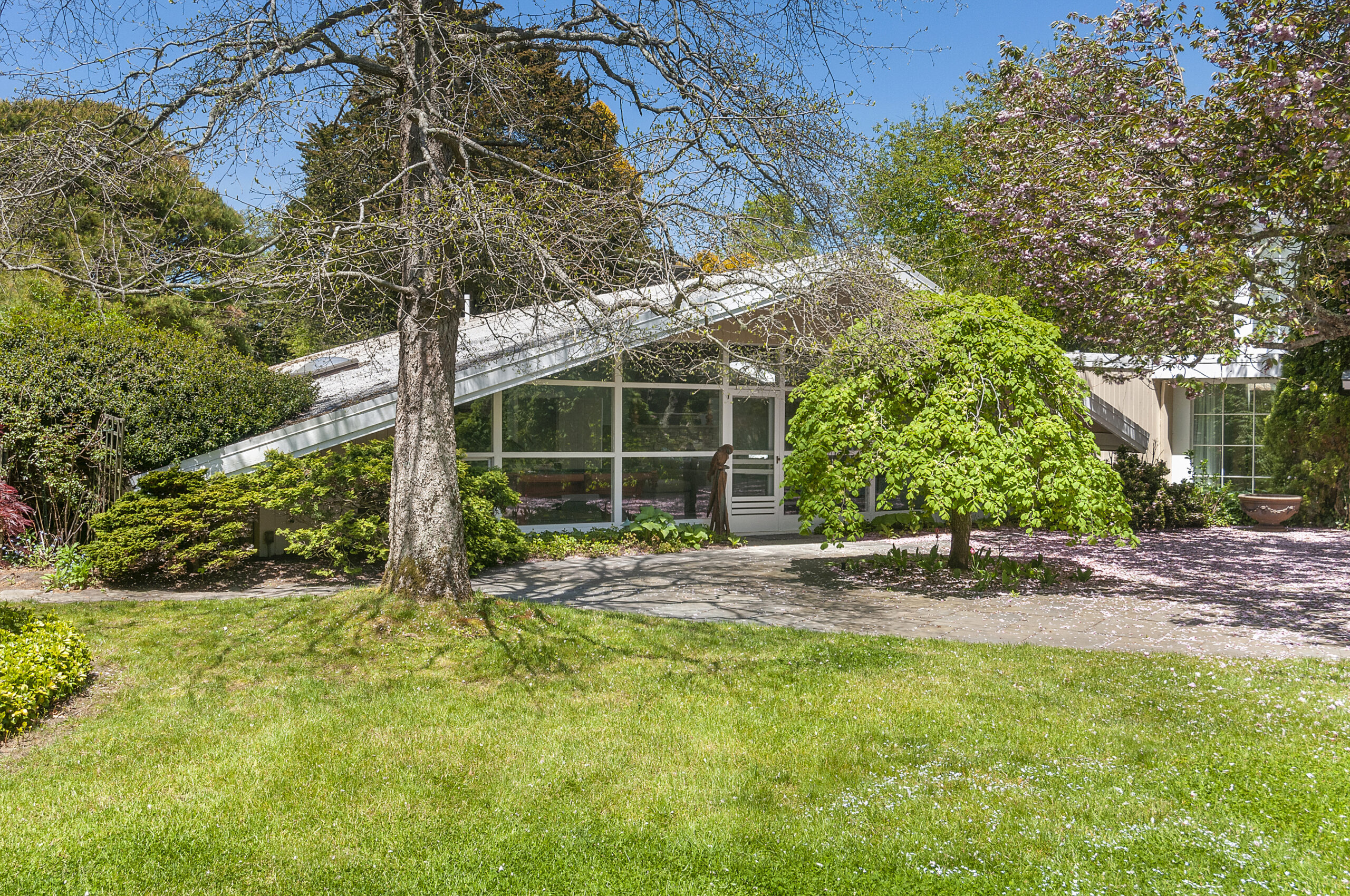 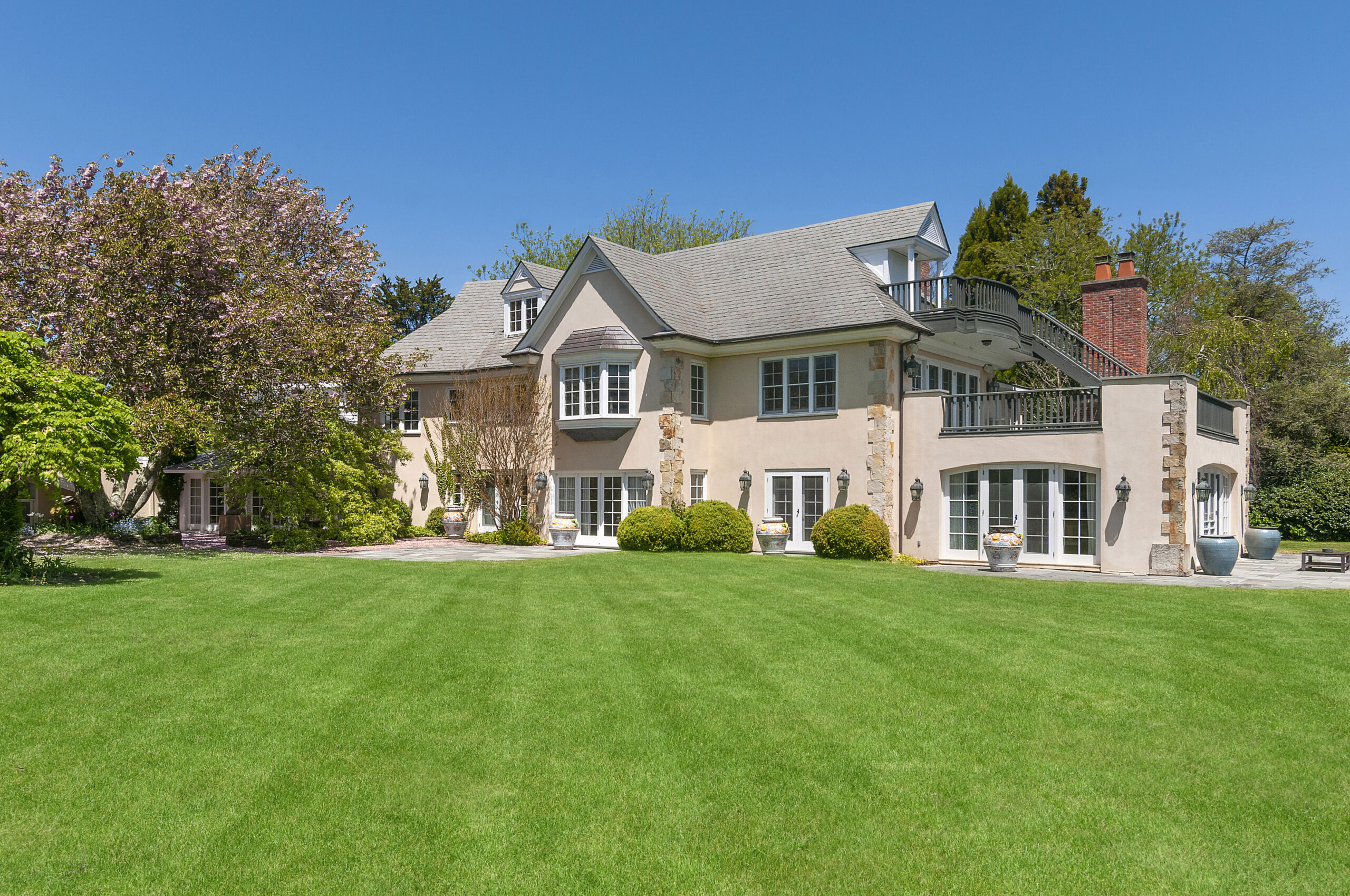 A stucco postmodern in Amagansett on coveted Further Lane has sold for $11.53 million with a last asking price of $13 million.

Custom home builder John Hummel built the home in 2001. It has five bedrooms and nine bathrooms, including a master suite with a balcony. Among the features and amenities are a commercial-grade top-of-the-line kitchen, French doors throughout, a finished basement, rolling lawns and gardens, and an award-winning pool.

Jim MacMillan and Peter Turino of Brown Harris Stevens had the listing.

“The property at 386 Further Lane was part of the East Hampton farming area because of its rich fertile soil,” MacMillan said. “It sold in the early ’60s when a workshop had been constructed by the Praegers, who ran a European publishing company.”

He noted that the property abuts agricultural reserve on two sides, where there will be no future residential development.

“There is 100 percent clearing allowed because it was farmed,” he said of 386 Further Lane. “The property is fenced and planted with specimen trees and shrubs along with sweeping lawns giving it that ‘wow’ factor when one enters the property.”

MacMillan said the house went through several renovations by past owners to meet specific needs, and the bedrooms were spread out and on different levels. “The layout was unusual and dissuaded many potential buyers from proceeding with a purchase,” he said. “My 20 years’ experience tells me that this may be indicative of today’s buyer in that new houses that are beautifully done will sell quicker in a less desirable area only because no work is needed.

“The real estate adage of ‘buy the worst house in the best location’ seems to have gone by the wayside since COVID,” MacMillan continued. “Only developers will tackle the big south-of-highway projects and profit very well from them. 386 Further Lane is just one example of how our market is changing. Thankfully, these buyers had the foresight to see the potential and they, too, will do very well should they ever decide to sell.”

The seller was Weeping Beach LLC and the new owners are Kristin and Scott Fine, according to The Real Estate Report Inc. The deal closed on April 27.