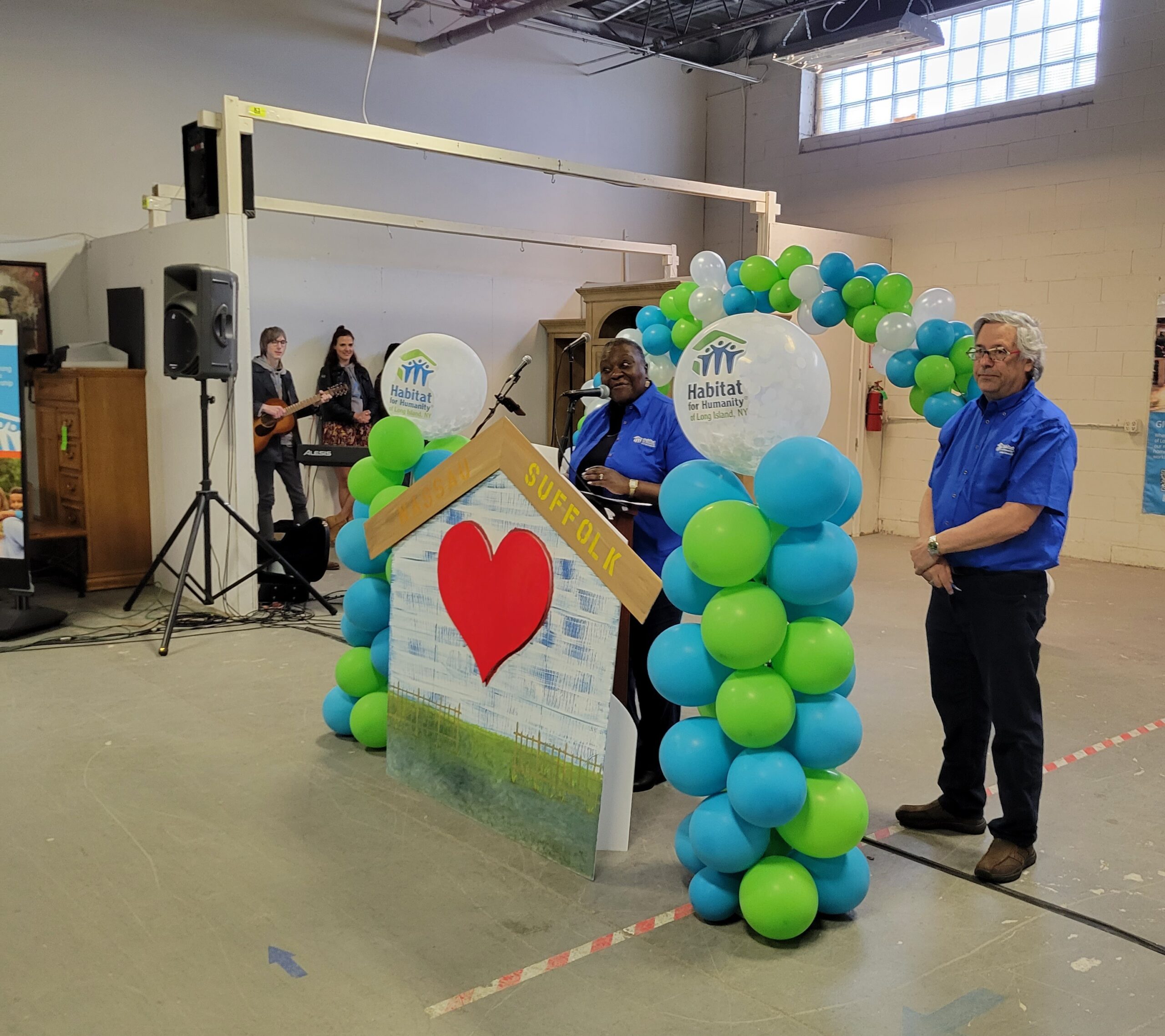 The merger announced on April 26 is the birth of a new, stronger nonprofit institution expected to exponentially expand services for many more Long Islanders in need of affordable housing, according to the newly merged organization.

In addition to building houses from the ground up to be sold with affordable mortgages to income-qualified families, Habitat for Humanity of Long Island will broaden the scope of the organization’s work to include a repair program for the elderly and veterans living on Long Island.

“This merger has been a dream of mine since I joined the Board of Directors of Habitat for Humanity of Suffolk in the late 1990s,” Silberman said. “Long Island is one region, one community and it always made sense that there would be one Habitat for Humanity serving all of Long Island. With the receipt of the game changing transformative gift from MacKenzie Scott, this merger could not have been better timed.

Scott, a billionaire philanthropist, is the ex-wife of Amazon founder Jeff Bezos. She recently donated $436 million to Habitat for Humanity affiliates, including a $3.75 million donation to Habitat Suffolk.

“Habitat for Humanity of Long Island is poised to make a major impact in addressing the affordable housing crisis on Long Island where currently over 50 percent of all families are housing-burdened and an astonishing one-in-five families pay more than 50 percent of their income on housing,” Silberman continued. “This cannot stand, and the stronger together Habitat for Humanity of Long Island looks forward to doing its part to alleviate this crisis.”

“I feel that the merger will strengthen our capacity to serve more families on Long Island,” she said. “Our pooled resources and combined expertise in creating affordable housing will result in a marked increase in the number of units available to families in need. Affordable housing plays a critical role in strong stable families and communities. In my new role as director of community development and special programs, I look forward to the opportunity to focus on the owner-occupied Repair Program. Through our neighborhood revitalization work, we will tailor our efforts by partnering locally with residents and community leaders and organizations to best address real concerns and improve the lives of people who live in the neighborhood.”

“This year, 2022, continues to be a very exciting time for the affiliation,” Lantier said. “This merger provides the means for more efficient support of lower income Long Island families in need. With our years of experience, our dedicated staff, and our beloved volunteers, we are looking forward to serving Long Island on a united front for decades to come.”