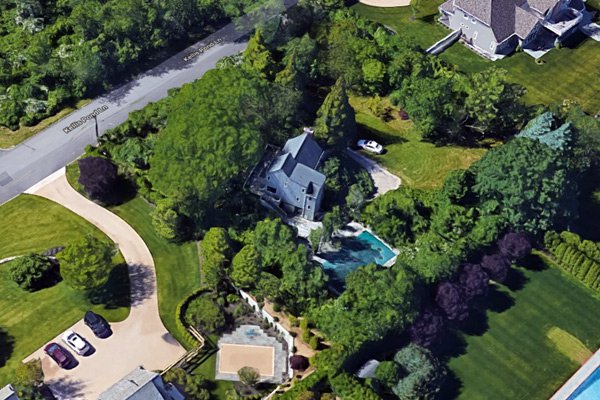 This is one of those people-behind-the-property stories. The property in question is 134 Kellis Pond Lane in Water Mill. This 1,792-square-foot residence on 0.92 acre has three bedrooms and 2.5 baths and was purchased by a limited liability company for $2.6 million, according to the Long Island Real Estate Report. The seller was the Anthony Harvey Trust.

Mr. Harvey is the person behind the property. He lived rather quietly in Water Mill for someone with such a remarkable career in the film business. Some background, courtesy Wikipedia: He was born in London in 1930. He began his screen career as an actor while a teenager and made his first film appearance playing Ptolemy, the younger brother of Cleopatra (played by Vivien Leigh, an acquaintance of his stepfather) in the film version of George Bernard Shaw’s “Caesar and Cleopatra.” He received a scholarship to study at the Royal Academy of Dramatic Art but decided to go into movies. Mr. Harvey was taken on as an assistant editor and soon found himself in high demand. He went on to edit a sequence of British films in the 1950s and early 1960s, developing working relationships with several major directors, including Stanley Kubrick.

Mr. Harvey edited a series of mostly successful British films, then his big break was editing Kubrick’s adaptation of Vladimir Nabokov’s “Lolita.” After “Lolita,” he worked with Kubrick again on “Dr. Strangelove or: How I Learned to Stop Worrying and Love the Bomb.” This was followed by the spy thriller “The Spy Who Came in From the Cold,” directed by Martin Ritt from the John le Carré novel. His first full-length feature film as a director was the adaptation of James Goldman’s play “The Lion in Winter.” The film’s star, Peter O’Toole, advocated for Harvey to direct, and Harvey also gained the consent of the co-star, Katharine Hepburn, leading to her third Oscar and a lifelong friendship. Mr. Harvey was nominated for a Best Director Oscar and won Best Director at the Golden Globes, as well as several other major awards.

Subsequent big- and small-screen projects included another James Goldman play, the offbeat comedy-drama “They Might Be Giants” starring George C. Scott and Joanne Woodward, and he reunited with Hepburn for the acclaimed made-for-TV adaptation of Tennessee Williams’s “The Glass Menagerie,” which also featured Sam Waterston and Michael Moriarty. His next film was the lavish historical drama “The Abdication” starring Liv Ullmann, about the abdication of Queen Christina of Sweden, which co-starred Peter Finch and featured a score by Nino Rota. His last film, in 1994, was “This Can’t Be Love” with Hepburn and Anthony Quinn.

After retiring, Mr. Harvey moved to the house in Water Mill, where he died in November 2017.