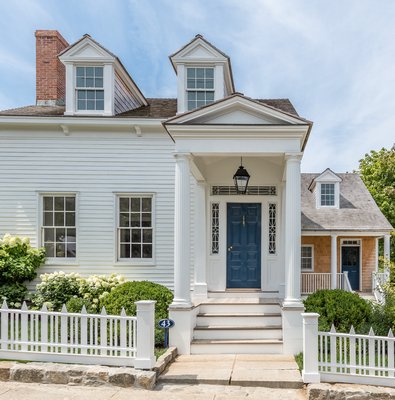 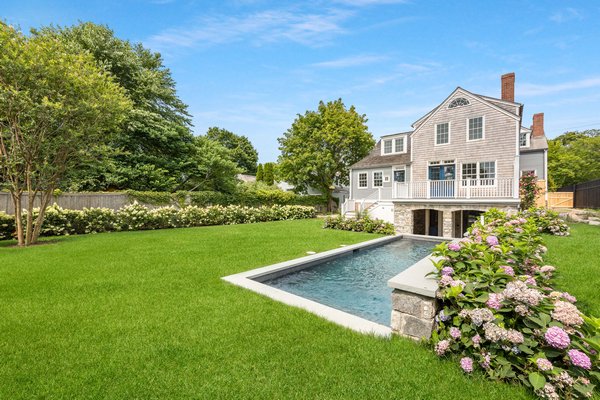 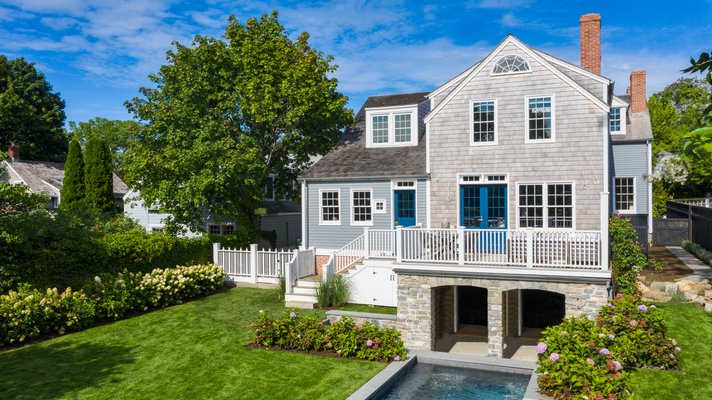 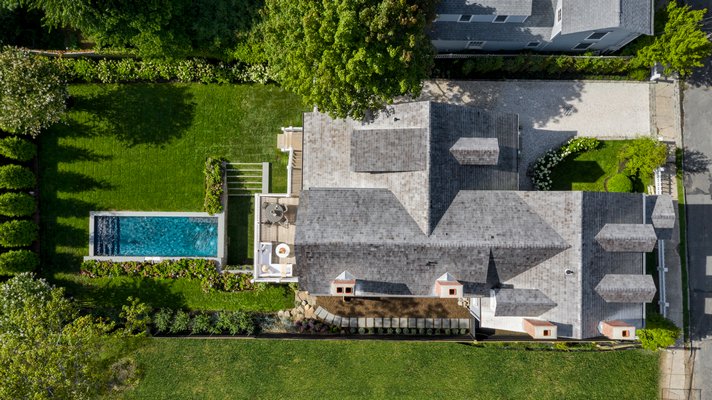 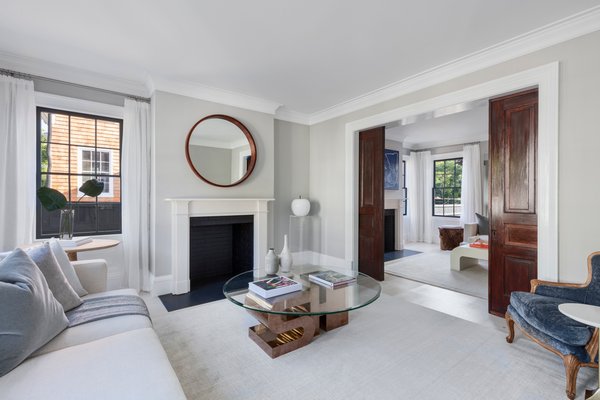 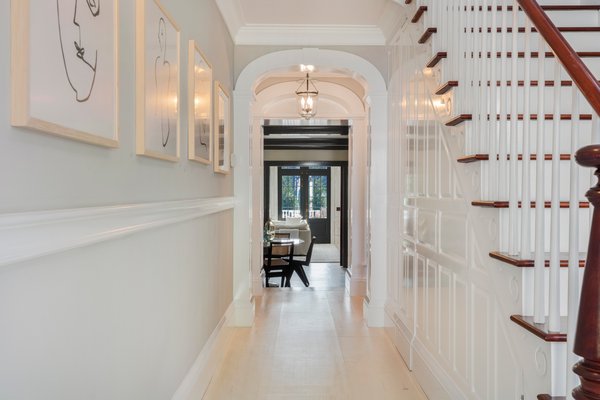 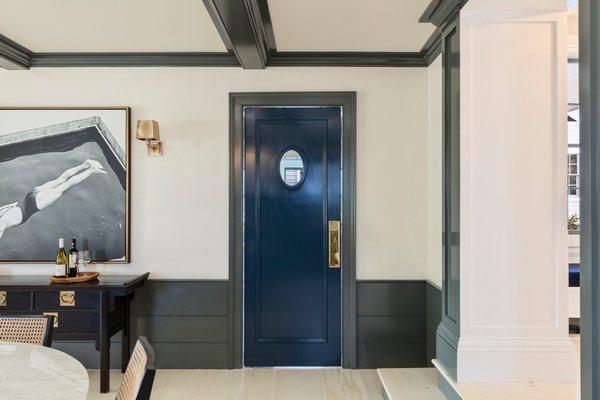 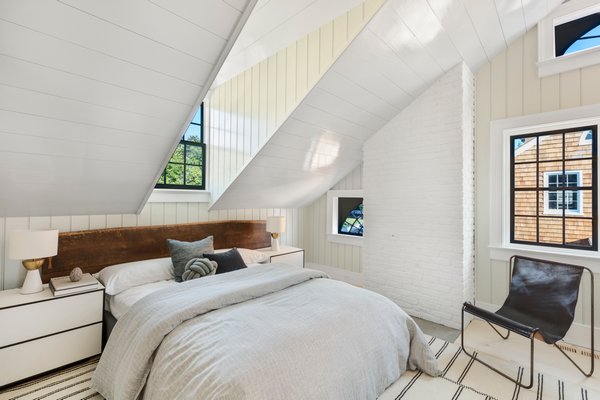 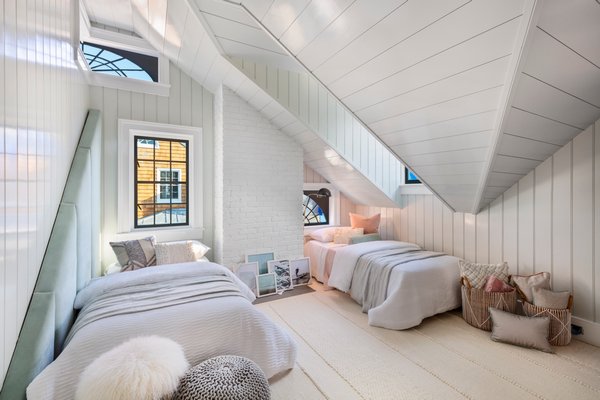 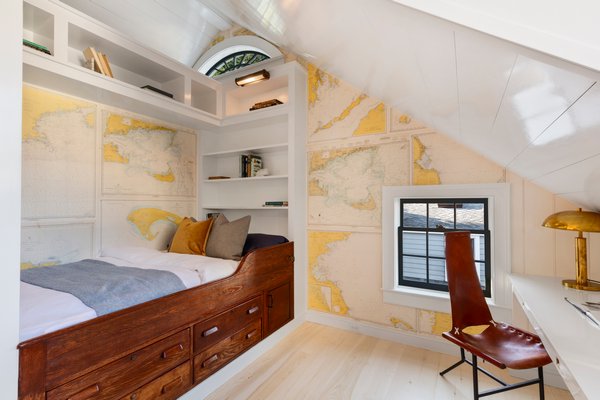 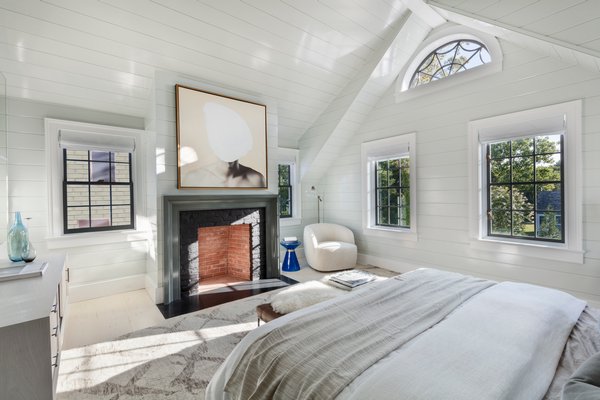 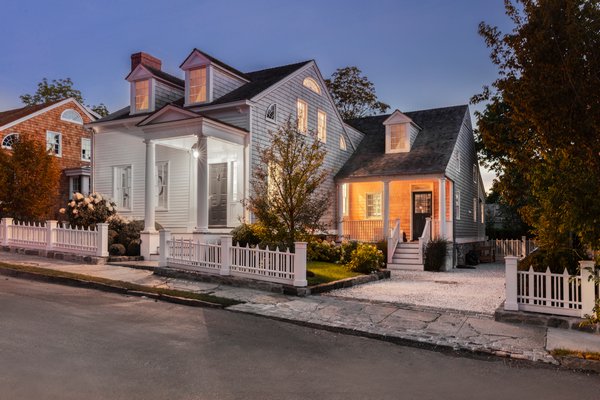 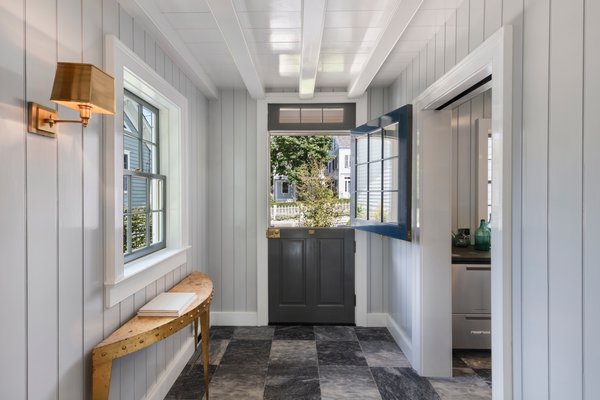 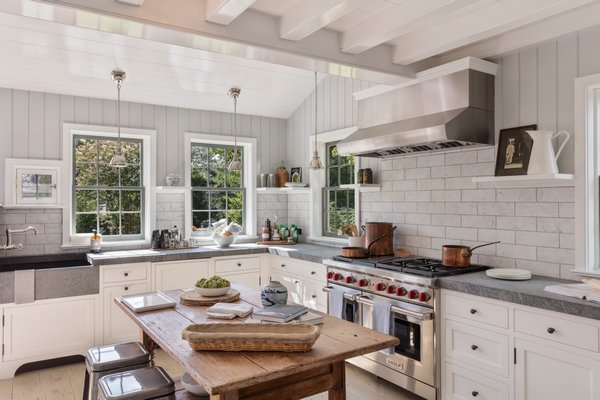 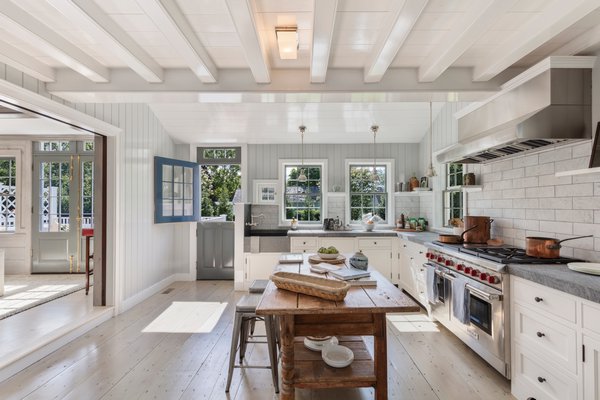 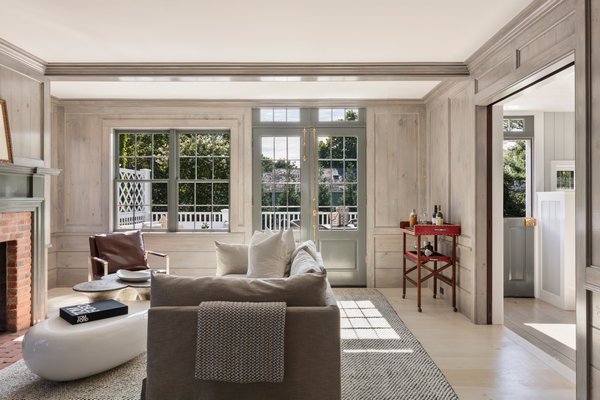 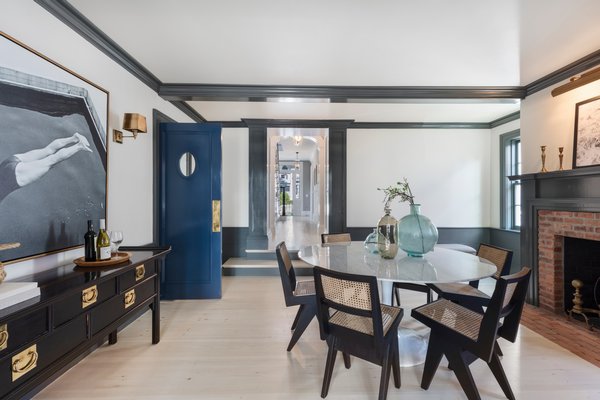 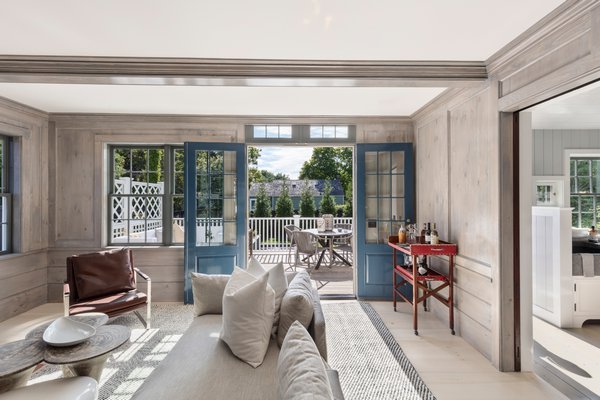 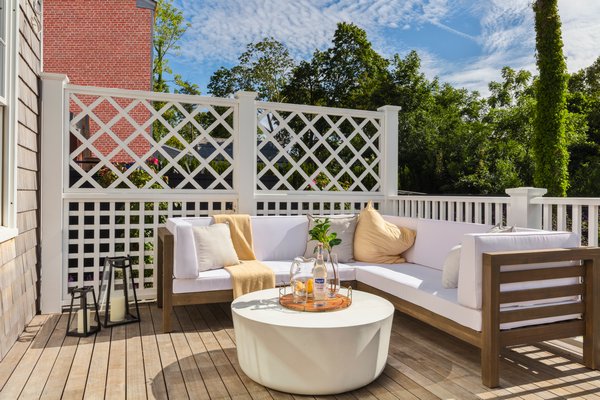 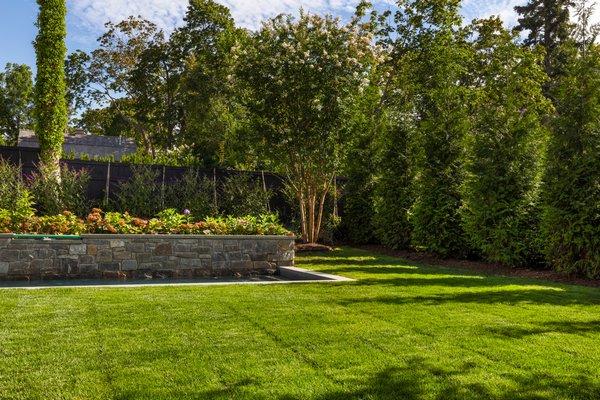 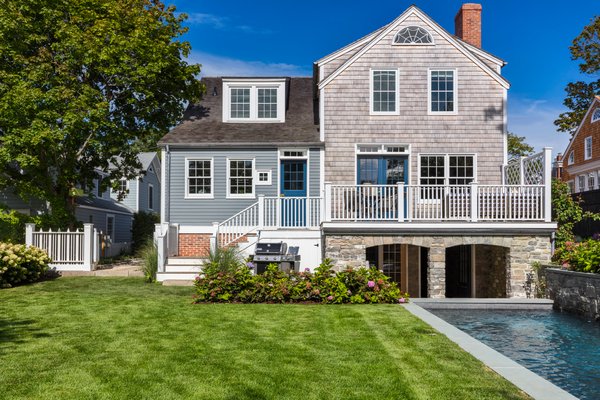 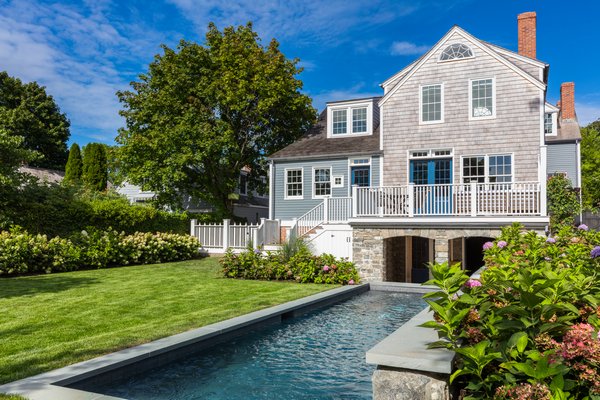 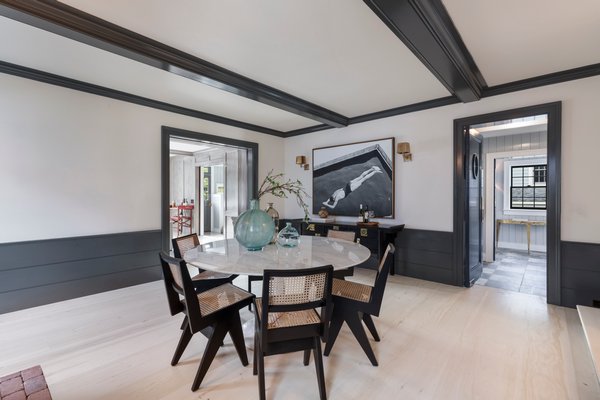 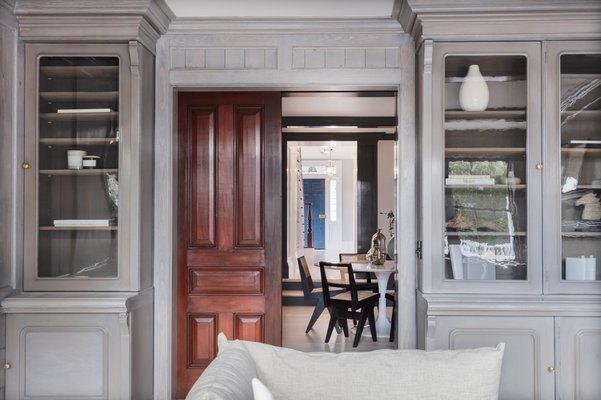 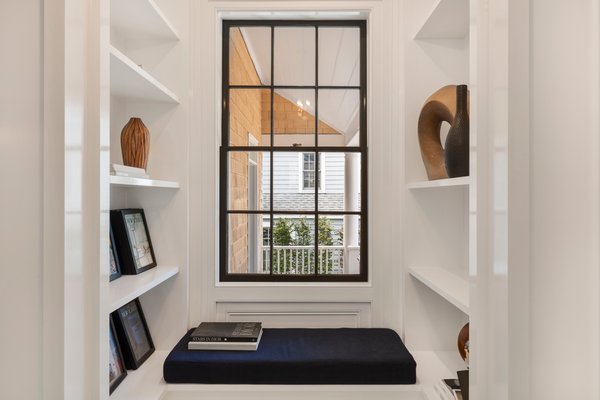 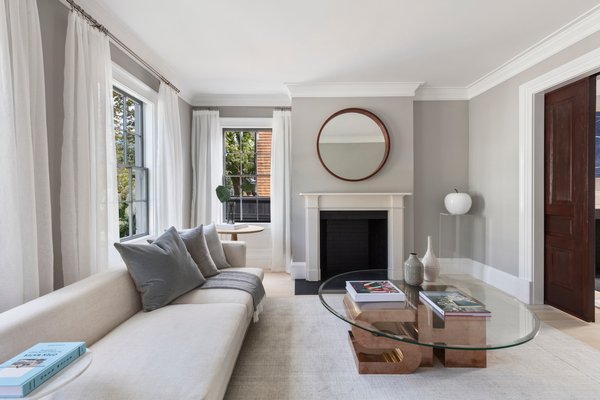 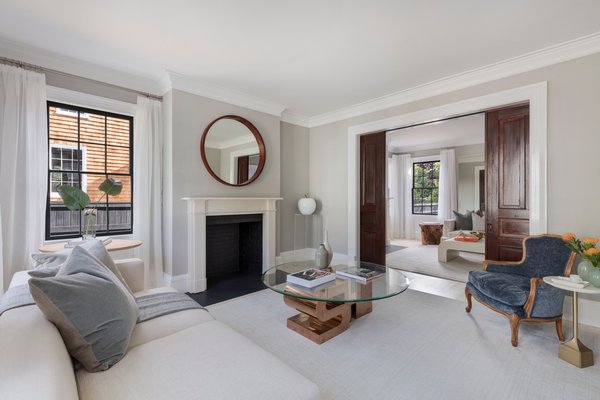 A historic house on Howard Street in Sag Harbor Village that was the subject of controversy as the owners worked to renovate and expand the structure has been put on the market.

Originally built circa 1835 for Captain David Cartwright, the house at 43 Howard Street has an asking price of $6.8 million.

Steven Barr and his partner, Frank Ahimaz, the chief investment officer at the Museum of Modern Art in New York, had purchased the house in 2008 for $1.13 million and a few years later set about planning a renovation. They put forth their proposal in 2014, as a six-month building moratorium arose in the village. They also butted heads with Mia Grosjean, who lived next door at the time and was an outspoken village activist with the community-based nonprofit Save Sag Harbor.

Mr. Barr and Mr. Ahimaz threatened to sue the village over how regulatory boards treated their application but settled in January 2016, allowing their plans to proceed, including a rear and side addition.

“It was a beautiful old house, although it was falling down,” Mr. Barr said last week. “There was a lot that needed to be preserved. Our vision for the house was to do that. We didn’t really trust anyone else to do that like we would do that. I think most people would have come in here and just completely changed everything. We tried to keep everything that could be kept and replace things that couldn’t. And then, for new things, we made sure that everything could be tracked back to some precedent somewhere in Sag Harbor.”

They live on Madison Street in a home that won them an award from the Sag Harbor Historical Society for renovation of the year in 2003. They worked with the same local architect who worked with them on the Captain David Cartwright house, Scott Baker, who Mr. Barr said has the “quintessential Sag Harbor sensibility.”

“We didn’t want to add things that were foreign to Sag Harbor or not appropriate,” Mr. Barr said of the Howard Street house. “Everything had to relate in some way to something that we saw in a historic house in Sag Harbor. In the last 20 years, I think we’ve see pretty much all of them.”

The original high granite foundation, he’s told, is made from old ballast stone from ships.

“We dug deep into the high foundation to decrease the profile of the new addition in the back of the house, so it didn’t look overbuilt and still have enough height leftover to go down a few steps and have a walkout cellar,” he said.

Two sets of French doors lead from the cellar to a covered outdoor kitchen, then through three stone arches, leading to the backyard and heated saltwater pool.

“This is all built with living here in mind,” Mr. Barr said. “Anyone building a house on spec or to flip it never would have done that. … This was designed for us, really, because we loved the house and love Sag Harbor. … We wanted to do it the right way.”

The house is in the federal and Greek revival styles. It has 5,000 square feet of living space across three levels, with four bedrooms and 4.5 bathrooms.

Among the many rooms are double parlors, a family room with 19th century pine cabinets and a fireplace, a chef’s kitchen with top-of-the-line appliances, and an office with a built-in officer’s bunk from a World War II ship. The master suite has antique French doors, a vestibule with a cedar closet from a 1920s Boston mansion dressing room, wood paneling, high gabled ceilings, a gas fireplace and a window seat.

The master bath, inspired by London hotels, has floor-to-ceiling marble, a soaking tub, a steam shower and double vanity sinks with marble countertops.

While some had opposed the plan — objecting to the changes, additions and scale — others wrote letters of support. They had the backing of Joan Tripp, the founding president of the Sag Harbor Historical Society. “She was in support of us saving this house and giving it another 200 years of newfound life,” Mr. Barr said.

“The house is one I’m proud of from a historic preservation point of view,” he added.

Having finished Madison Street, it was there intent to move on to the Howard Street house — “a grander house” — and live in it, Mr. Barr said. But things changed in the 10-plus years since they bought it and they realized the finished Howard Street house would be bigger than they needed.

“Yeah, nothing earth-shaking,” he said. “We just thought in the end we would stay over on Madison Street, and this could be a nice house for a family, I hope, that can use it to its full extent.”

Matt Breitenbach of Compass has the listing.