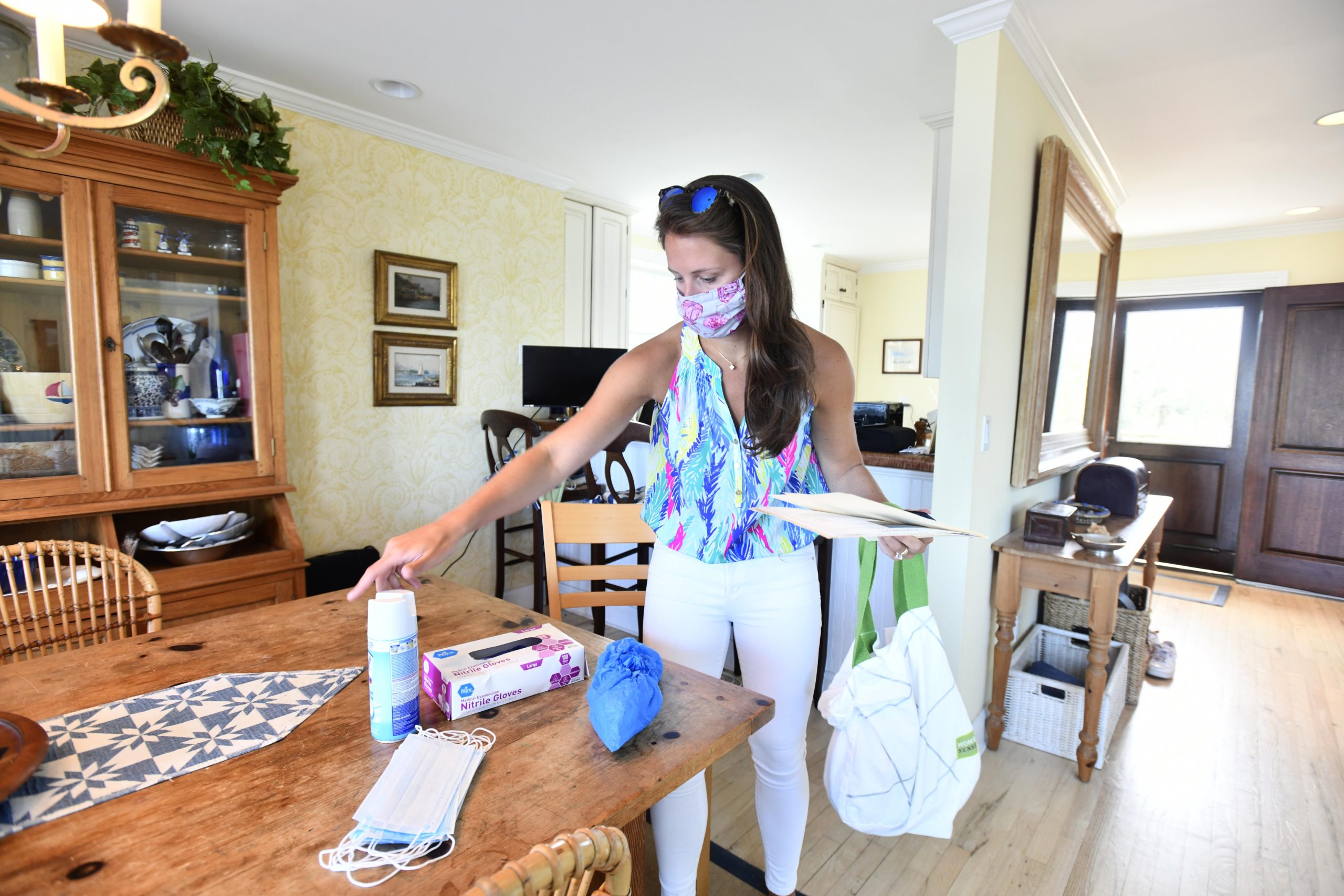 Agent Ashley Farrell sets up for a showing on Saturday in Westhampton Beach. DANA SHAW 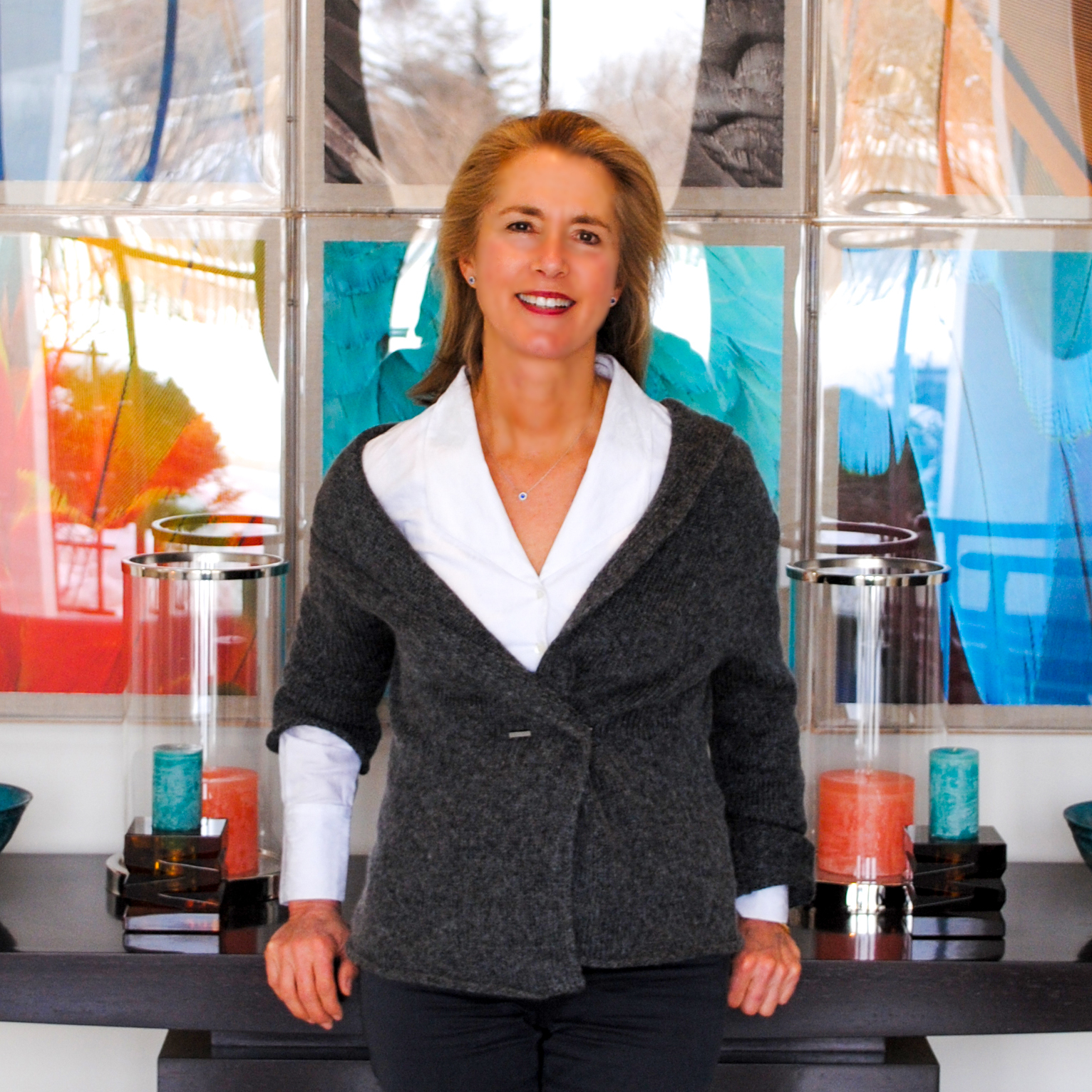 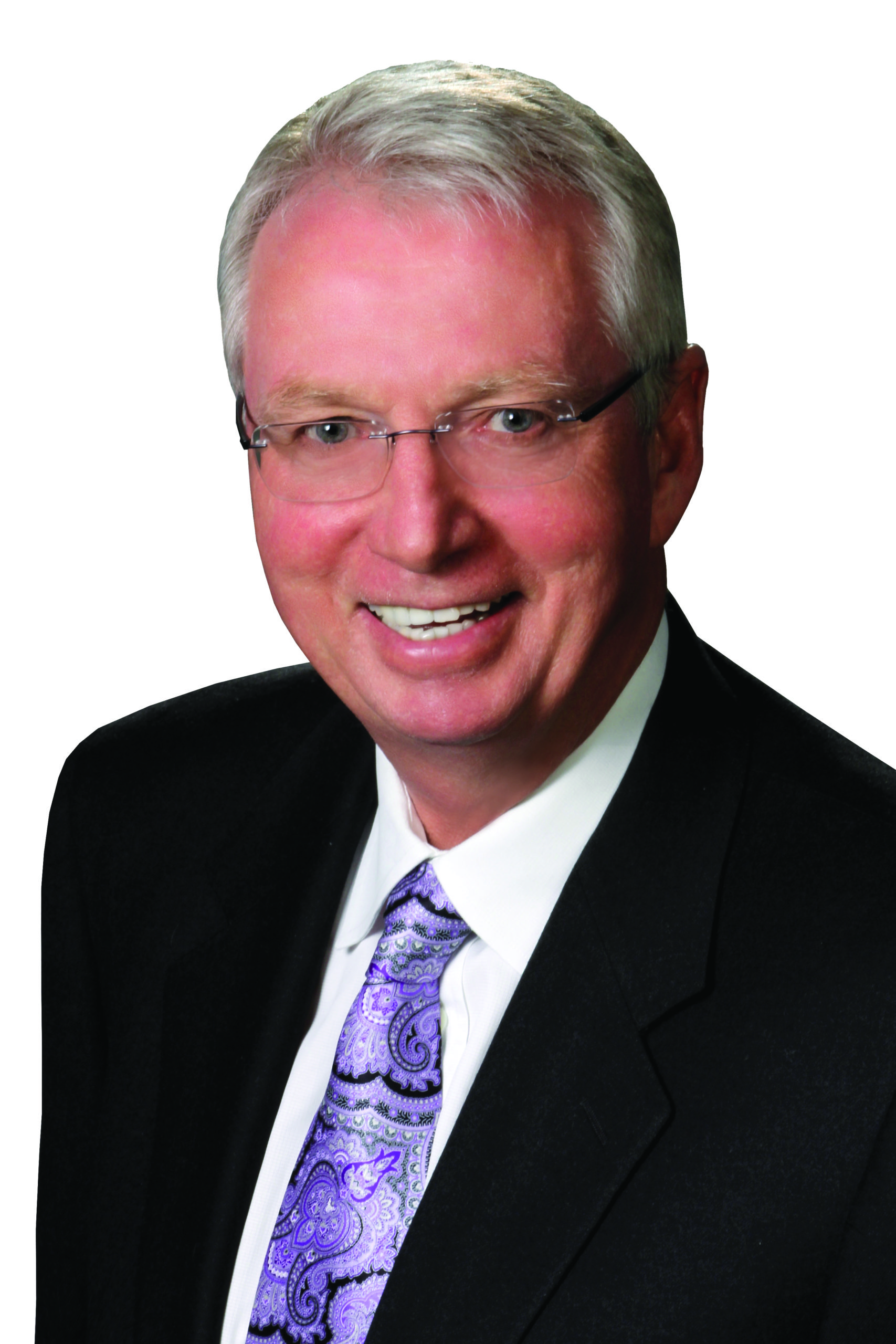 New York State lifted a number of restrictions on the Long Island real estate industry when the region entered phase two of reopening on Wednesday, June 10, but things are still far from normal for agents and home seekers.

The biggest change phase two brings is the return of in-person property showings with agents. Previously, under state mandates to slow the spread of COVID-19, agents could only offer virtual showings via video chat programs. Prospective homebuyers could not be present in a home at the same time as an agent.

As in-person showings and open houses resume, they aren’t the same as before. Social distancing and personal protective equipment are required, and homes must be vacant or the current residents must not be present. The number of people viewing a property at one time should be limited, according to the state’s New York Forward plan, and if a separate group arrives to look at a home, that group should wait outside until the first group leaves. The “best practice” that the state encourages, but does not require, is that showings should take place by appointment when possible.

Ashley Farrell, an associate broker with Corcoran’s Westhampton Beach office, resumed showings last week. There is no more shaking hands when greeting buyers, she reported, and everyone is wearing a mask.

“They can’t see your face, you can’t see their face, you don’t shake hands,” Ms. Farrell said. You stay as far away from them as you can, and you stagger your showings so much that essentially you’re wasting time — but you’re doing it to be safe.”

Normally, it would be OK if two buyers were at a house at the same time, she said. If her second appointment showed up early or her first appointment was running late, it wouldn’t pose an issue. “If they weren’t finished upstairs,” she said, “I would let somebody in on the first floor and have multiple people in there at once.”

And overlapping showings also indicate to buyers that there is activity on a house, she noted.

Last Thursday in Hampton Bays, the first homebuyers she expected to meet got lost and were late, Ms. Farrell said. When they arrived, she couldn’t let them in and they had to wait in their car because her second appointment was already in the house.

Ms. Farrell is scheduling appointments with 30 to 45 minutes in between rather than 15 or 20, and she is not holding open houses. In fact, she has always eschewed open houses because, she said, they often just draw neighbors and people who want to check out the competition.

Martha Gundersen, an associate broker with the East Hampton and Bridgehampton Douglas Elliman offices, said showings are only being scheduled for people who are serious about the house.

“You don’t want to show a house to somebody who’s just using it for comparative purposes,” she said. “… It’s different than before when you would just show a house willy-nilly. You have to be a little bit more particular about who’s coming and whether they can afford the house, if they are just, sort of, lookie-loos. But frankly, there aren’t any of those right now because … people are afraid to go in other people’s houses.”

Some houses did sell on the South Fork without ever having an in-person showing, though sales like that were few and far between.

Ms. Gundersen said teardowns — a house purchased just for the land it sits on — doesn’t need an in-person showing look to make a sale. Also, she noted, new construction is easier to sell without a viewing than a house that’s been lived in, because a new house comes with a warranty.

Ms. Farrell said a client inquired about buying a house site unseen because a rental was going to cost him $50,000 for the season. He said that, at that rate, he’d just buy a house that he knows he can sell in a year for less than a $50,000 loss.

Rentals have become very scarce, Ms. Farrell said, and Ms. Gundersen said all the good rentals have been taken.

Though in-person showings are back for the first time since late March, some sellers still are not ready to have potential buyers entering their homes. In one case, owners offered to let buyers walk the property and look into the house through open back doors — but not come inside, Ms. Farrell said.

Anyone visiting a property — that includes potential buyers and renters, but also home inspectors, photographers, stagers and appraisers — must wear a face covering. Agents may choose to require gloves and shoe coverings, and should provide masks and gloves if necessary, the state advises.

“I do have masks available for anyone who shows up without one, but I haven’t encountered that,” Ms. Farrell said. She had to order shoe coverings with expedited shipping when a seller unexpectedly requested that visitors wear them into the house.

She said she sends all buyers and agents coming to a showing a COVID-19 disclosure form to affirm that they are not positive for coronavirus and that they have not been in contact with a person with COVID-19 for 14 days.

The state rules also address the household surfaces that visitors may and may not touch. “Essential surfaces” such as handrails are OK to touch “if necessary,” but cabinets, countertops and appliances should not be touched. High-touch surfaces such as handrails and doorknobs must be cleaned and disinfected before and after every showing.

To reduce touching of doorknobs, Ms. Farrell opens all closets before showing a house.

One strikingly different thing about showings is the number of people who come in a group, she noted. Friends and extended family members are no longer invited to come along and offer their thoughts on a house.

The state discourages agents from showing off shared gyms, decks and pools at condominium complexes in-person. However, if a showing does happen, agents must ensure the areas are frequently cleaned and disinfected, and social distancing of 6 feet must be maintained.

Prospective buyers and renters should not bring children or “extraneous guests” to showings, or young children should stay outside with supervision, the state plan says.

“It’s not the most ideal circumstances, but it is workable,” Ms. Farrell said of all the restriction. “It’s 100-percent workable, and we can sell homes like this.”

Paul Brennan, Douglas Elliman’s executive manager of sales for the Hamptons, said some owners are changing their mind about selling or becoming very firm on their asking price because they have come to enjoy their homes during the state’s shutdown.

“It’s been a very interesting dynamic,” Mr. Brennan said. “The psychology has shifted. People who own houses and wanted to sell them have now said to themselves: ‘Well, I don’t want to rent or sell. I’ve sort of gotten reacquainted with my house and now I know why I should own it.’

“So, they’ve given themselves permission to fall back in love with their own house,” he added.

While virtual showing may stick around to some degree in the future, he said, he expects that in-person showings will return to being the norm.

“Buying a house is more emotional than it is economic,” he said, and buyers want to get inside a house and fall in love.

Real estate offices may reopen at half capacity under the reopening plan. The workforce and number of customers in an office at one time is limited to 50 percent of the maximum allowed by the certificate of occupancy. It is recommended that meetings be held in open, well-ventilated spaces with face coverings worn, and that employee schedules and breaks are staggered to avoid gathering.