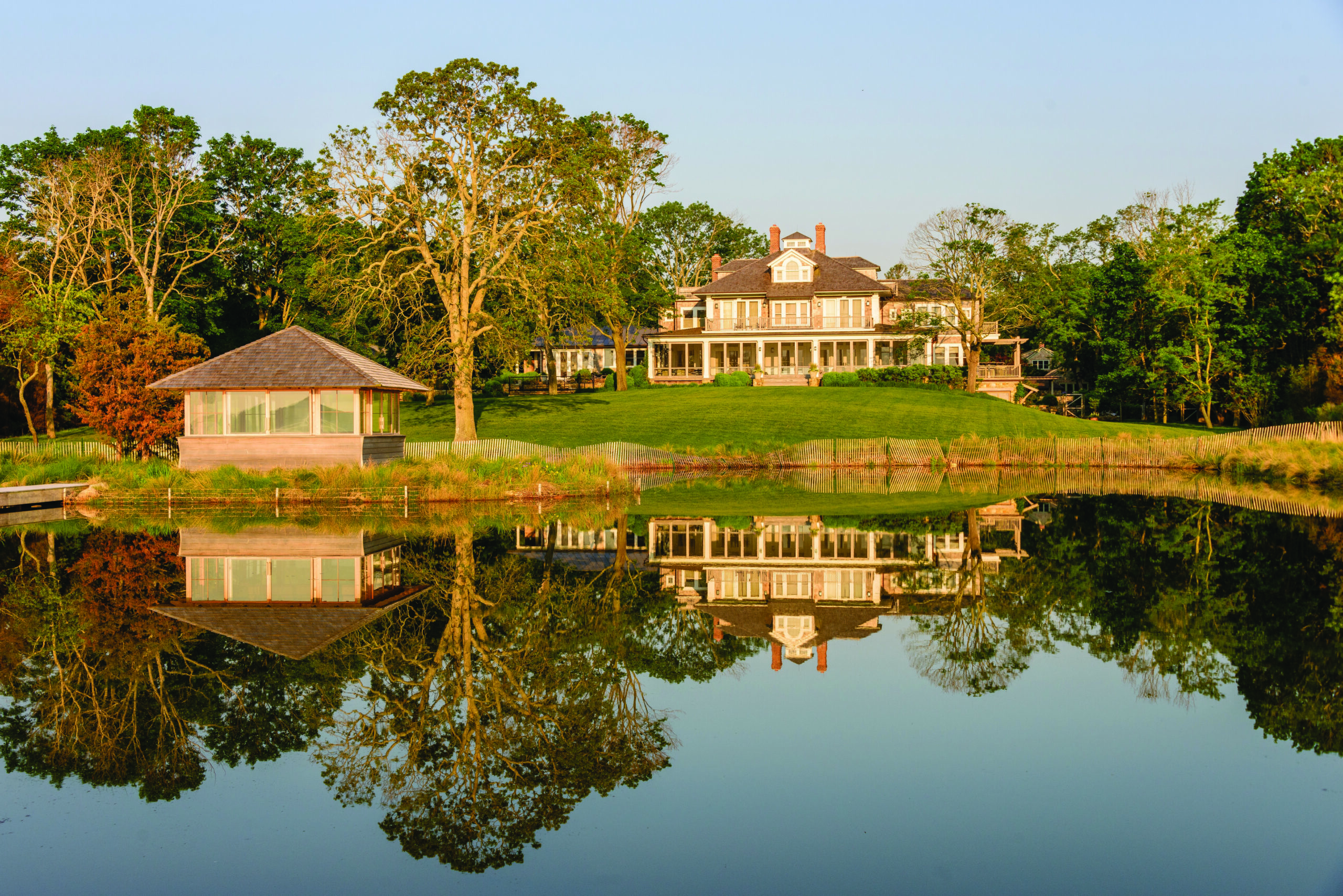 The 12,000-square-foot main house was built in 1902 for silent movie and stage actor Robert Edeson. It was the reputation of his parties that gave the street its name: Actors Colony Road.

Having been through a number of expansions and renovations, Strongheart Manor includes 12 bedrooms, seven bathrooms, several living room and study areas, a full wrap-around porch, and a stone patio with an outdoor fireplace. It was most recently renovated and restored by Southampton builder Bulgin & Associates. There’s also a pool house and a basketball court near the Gunite pool.

The address is 26, 28 and 32 Actors Colony Road, and Corcoran’s Susan Breitenbach had the listing. The gated compound is 6.3 acres with views of Peconic Bay and Mashomack Preserve, with 300 feet of bay frontage, a 240-foot deep-water dock, and a private pond with a bridge and teahouse.

Lauer purchased Strongheart Manor from actor Richard Gere in 2016. According to town property records, the combined price then for the three parcels was $33.75 million.

An East Hampton compound, 10 parcels in all and totaling 21.8 acres, recently sold for ... by Staff Writer

Clapboard Bridgehampton Home With Pool And Tennis Sells For $7.43 Million

A Bridgehampton traditional on 2.5 acres with pool and tennis sold earlier this year for ... by Staff Writer
×