Lien Nightmare Over For Flanders Homeowners 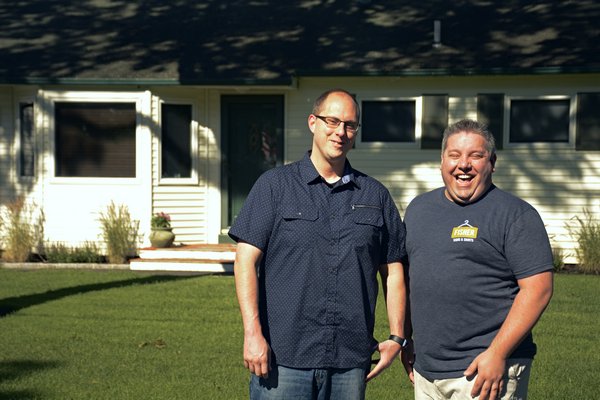 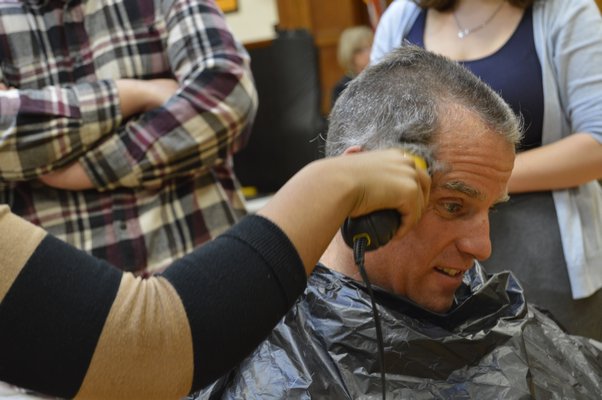 A nightmare scenario for a new homeowner was resolved in court last month. After two years, Ron Fisher, a civic leader from Flanders, and his husband, James Christensen, have settled a lien against their three-bedroom ranch in the Bay View Pines Community.

“I finally own it free and clear,” Mr. Fisher said. “The last two years have been awful. I was unable to refinance and take advantage of lower interest rates on my mortgage. I was unable to change homeowner insurance companies to get a better quote. We wanted to upgrade to a better wastewater system but didn’t want to make the investment unless we were getting the house without the lien. The same goes for solar panels.”

In 2015, at the same time that the couple was buying 111 Sylvan Avenue from six siblings—Michael, Thomas, James, Robert, Kevin and Kathleen Lennon—Michael Lennon was waiting for a court to process a judgment made against him. Mr. Lennon had defaulted on a $191,118 debt he owed to Suffolk County National Bank for a commercial line of credit he established in October 2008 using the house as collateral—a standard practice. But the rest of the Lennon family, Mr. Fisher, Mr. Christensen, the mortgage holder and the title insurance company were all unaware. The court awarded a $90,000 lien against the property.

“We close on a Friday. On the following Wednesday, the judgment was entered. Our title insurance company and mortgage lender didn’t record our deed until the following Monday. So, within that week’s time before the title was recorded, that’s when the lien got filed. According to the county, on that Wednesday the previous owner still owned the house,” Mr. Fisher said. Meanwhile, the title insurance company and the mortgage holder missed the lien.

A title insurance company ensures that there are no outstanding liens against a property before a home buyer purchases it. If the title company failed to identify a lien, the title company would be responsible for resolving it; the new homeowner would not be on the hook financially.

When Mr. Fisher and Mr. Christensen took on the 0.1-acre property, they inadvertently took on the debt, too. The bank notified them that they would lose their home if the lien was not settled, so they filed a claim with their title insurance company, Fidelity National Insurance.

Their dream home started to appear on real estate listing websites—identified as a house in foreclosure—after Fidelity National Insurance initially denied the claim.

Mr. Fisher, the president of the Flanders, Riverside & Northampton Community Association, said it was embarrassing to have to ward off offers from prospective home buyers, and explain to the community that he and his husband were not defaulting on their mortgage.

“It was embarrassing because we weren’t in foreclosure. We weren’t even near being in foreclosure. So it was frustrating to have our house with pictures appearing on those sites,” he said during an interview from his signs and shirts business in Southampton. “Even customers were walking away or offering handouts.”

A Suffolk County District Court judge released the lien on June 28, ruling that the couple owned the house before the monetary judgment against Mr. Lennon was awarded to Suffolk County National Bank.

The bank wrote off half of the $90,000 lien as a loss, avoiding further litigation. The other $45,000 half was split a number of ways: $35,000 from Michael Lennon’s share of the proceeds of the house, $5,000 total from Mr. Lennon’s siblings, and another $5,000 paid by Fidelity National Insurance under Mr. Fisher and Mr. Christensen’s policy.