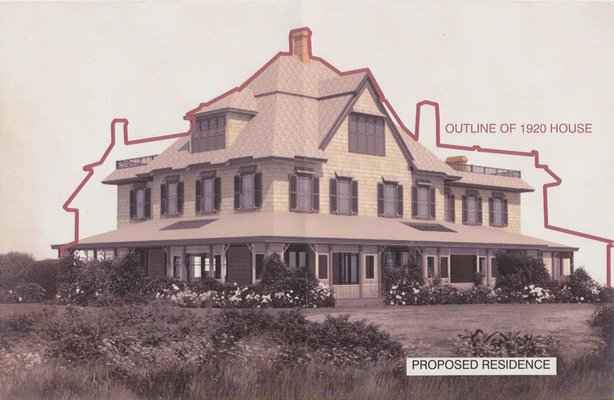 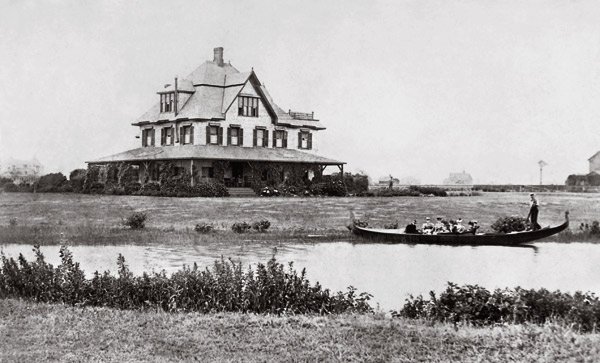 Three months have passed since an application before the Southampton Village Zoning Board of Appeals was approved allowing the owner of Mocomanto, a Victorian home on Lake Agawam, to build within a wetlands setback area—and now the application is revised and back in front of the ZBA for another go.

After multiple modifications to the plans that seek to nearly double the size of the residence, at 472 First Neck Lane, homeowner Ken Fox has settled on a design reminiscent of the home as it stood in the 1920s. The modifications are a result of feedback from members of the Southampton Village Board of Historical Preservation and Architectural Review, or ARB, who are still reviewing Mr. Fox’s application to expand Mocomanto.

The existing home sits completely in the regulated wetlands setback area. Mr. Fox originally proposed an L-shaped addition, of which only 592 square feet of the footprint would fall within the setback. A special exception permit from the ZBA authorizing Mr. Fox to build on the regulated area was required, and was granted in October 2017.

In his revised proposal, Mr. Fox seeks the same amount of square footage in the 150-foot wetland setback, though he wants to have two stories now instead of one. He is also seeking to have 13 square feet of habitable space taken from the lakeside portion of the addition and converted into 13 square feet of porch space on the western-facing portion of the home.

“I’m not increasing the area that is going to be covered by structure,” John Bennett, the attorney representing Mr. Fox, told ZBA members on Thursday. “I didn’t want to ask for one square foot more.”

Opponents of the project disputed the square footage this week, saying the house’s existing GFA of 5,040 would increase 57 percent, or 2,858 square feet, to 7,898 square feet, which includes a newly proposed one-story detached garage, but not the existing pool house.

Mr. Bennett recently filed an application for a variance to allow for the one-story detached garage. Currently there is a guest house on the property, Mr. Bennett said, and the idea is to demolish the guest house—which is a pre-existing, nonconforming use—and construct the garage. He added that there will not be a guest house in the garage.

“It’s the type of application that the board has seemed to smile upon,” Mr. Bennett said.

Mr. Bennett added that he thinks ARB members Curtis Highsmith and Christina Redding seem to favor the project. The fifth seat on the board is currently vacant. Mr. Bennett said if he cannot garner the necessary three votes from the handicapped board, he may have to seek approval another way.

“If that means I have to go over to Riverhead to tell the ARB to approve this plan, I guess that’s what I’ll do,” Mr. Bennett said, pointing to a potential lawsuit.

The ZBA members voted to close the public hearing on the application for a written decision. The board’s next meeting will be on Thursday, February 22, at 6 p.m.