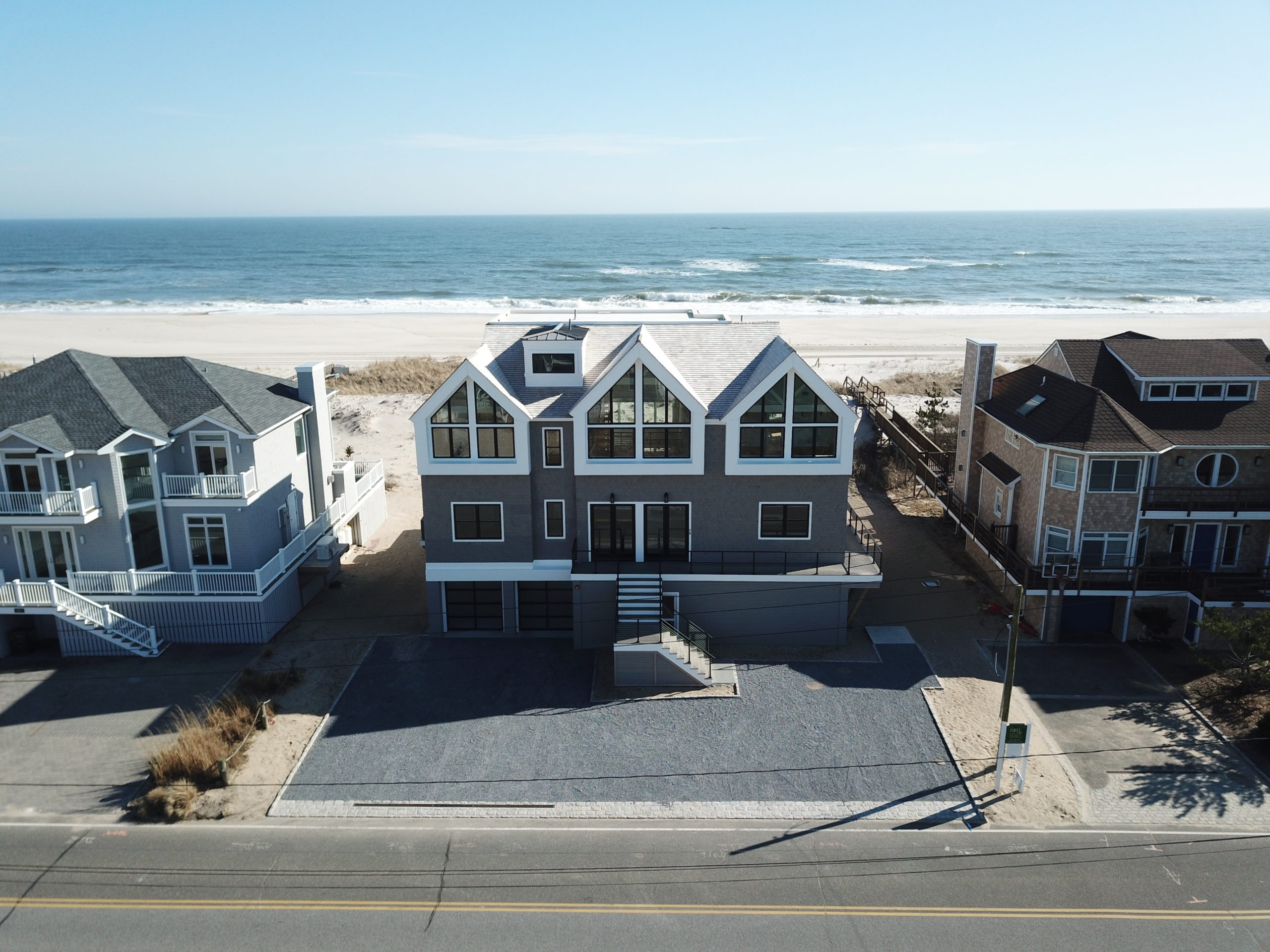 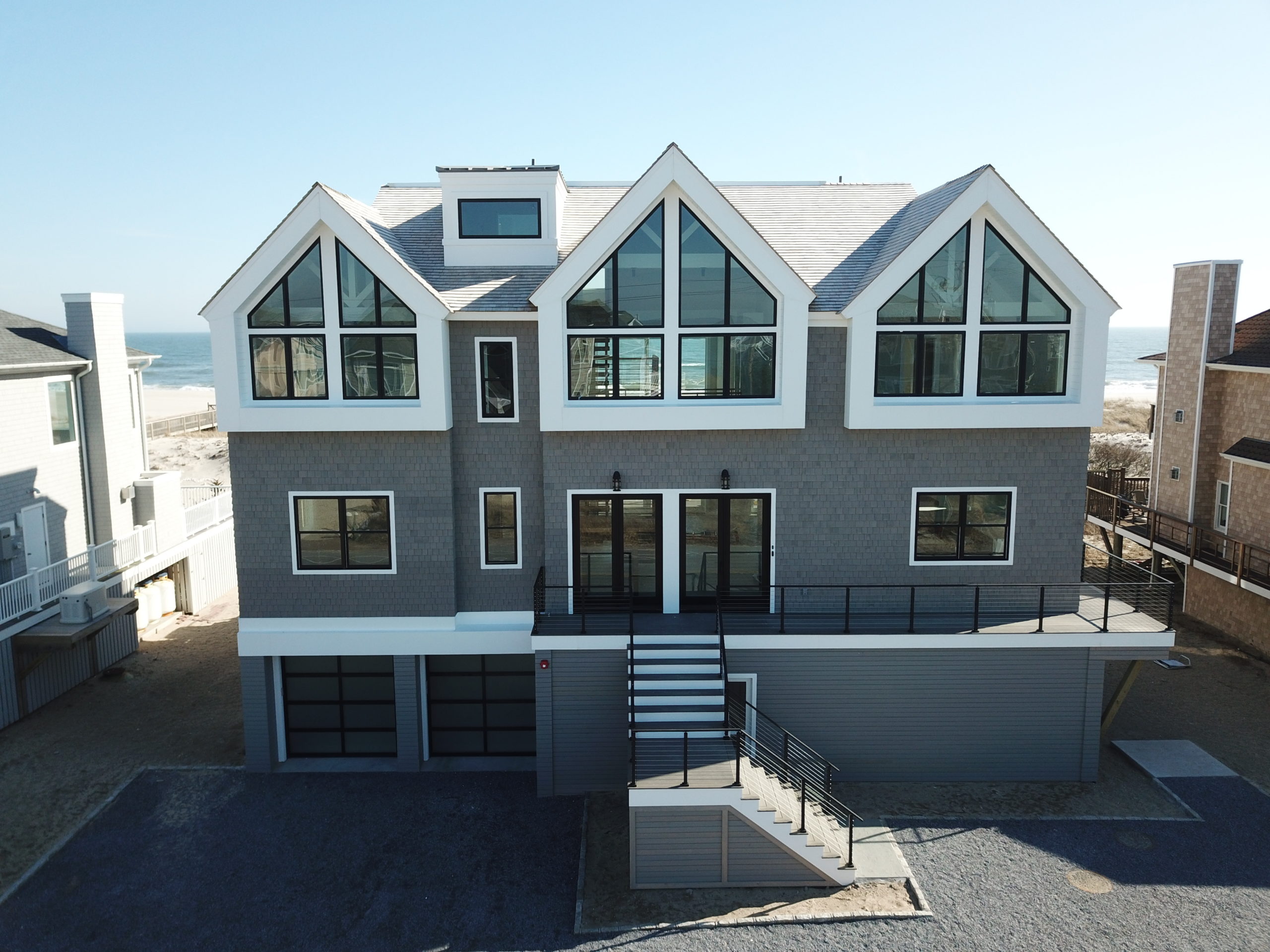 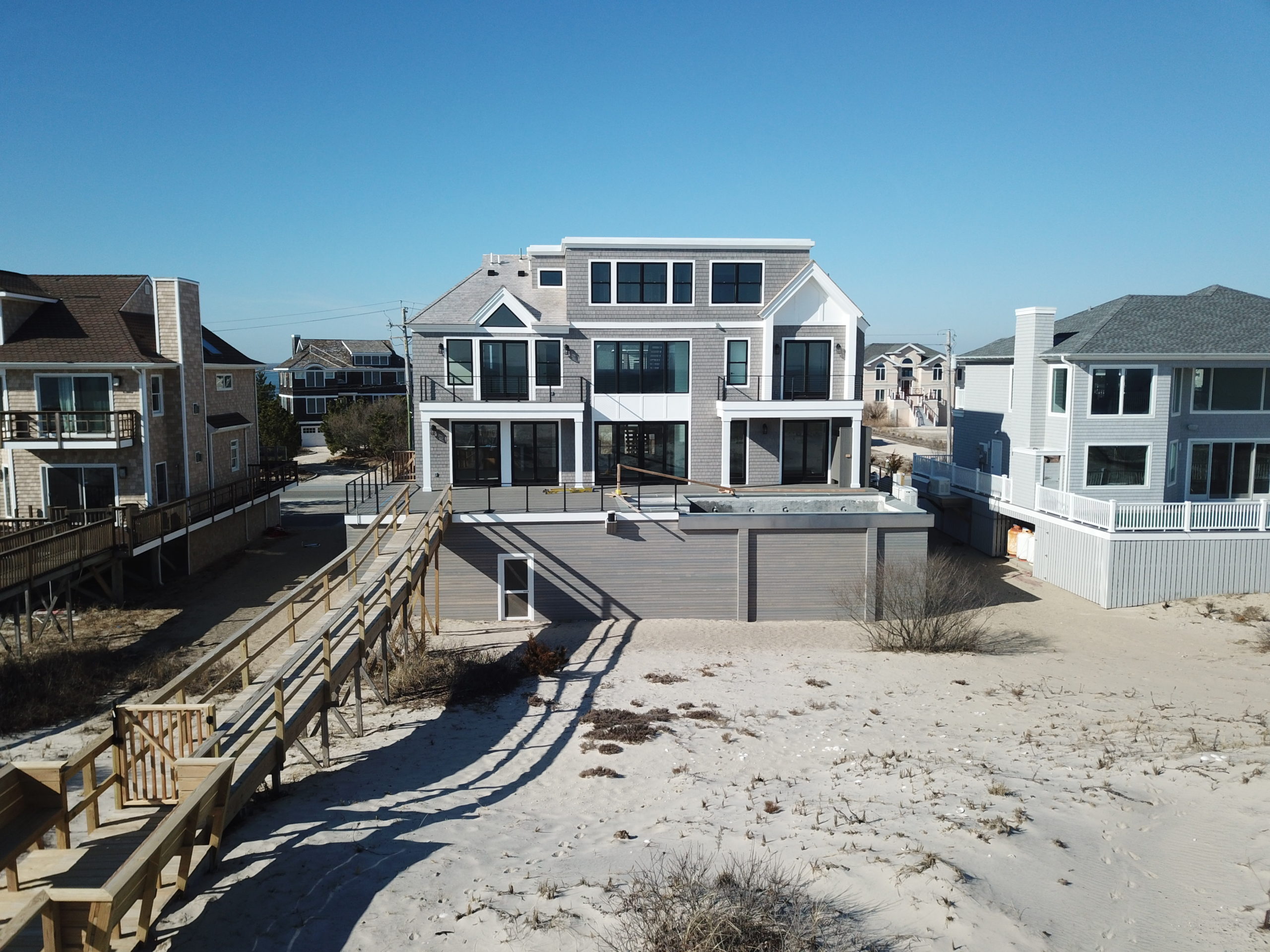 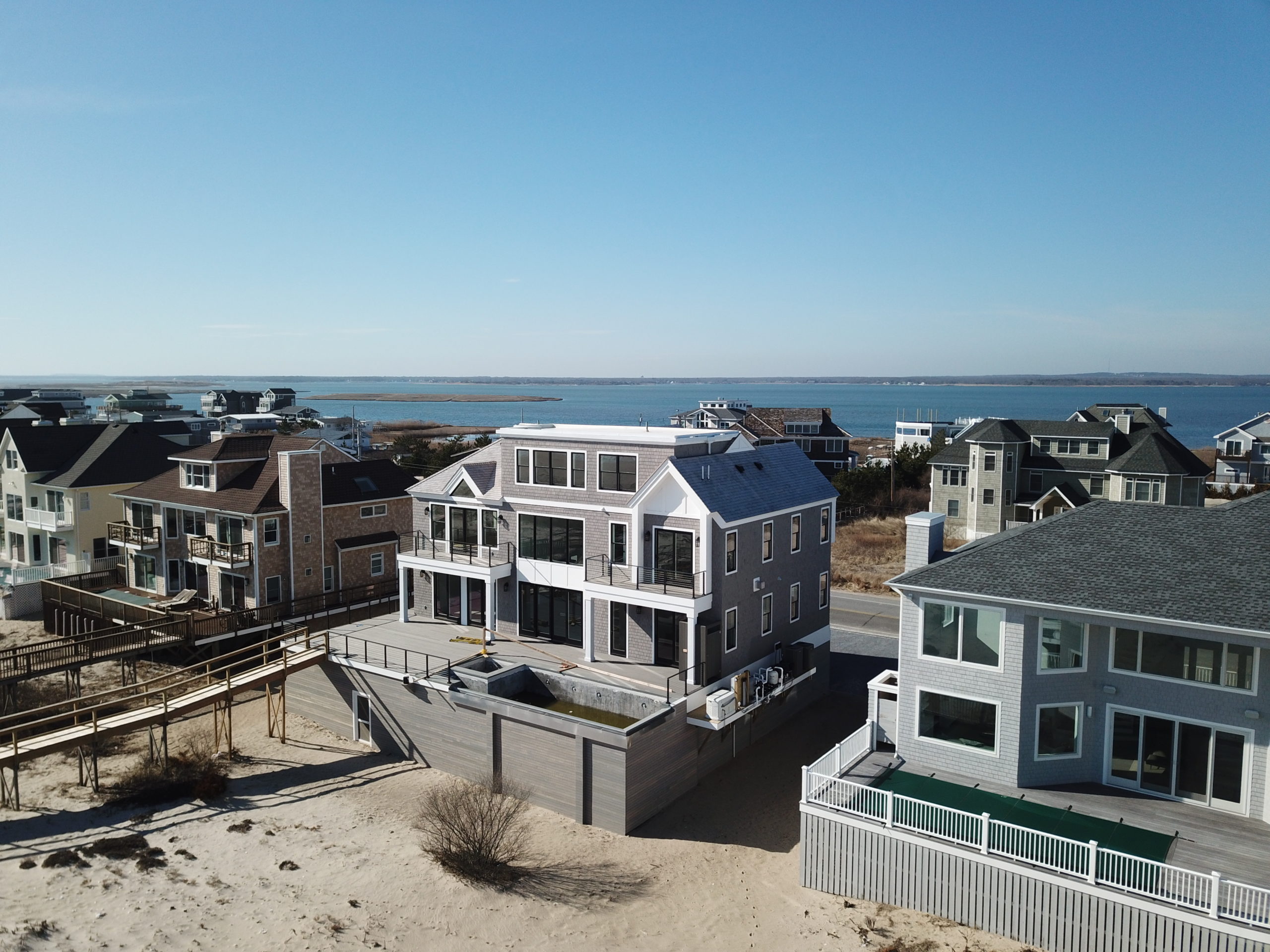 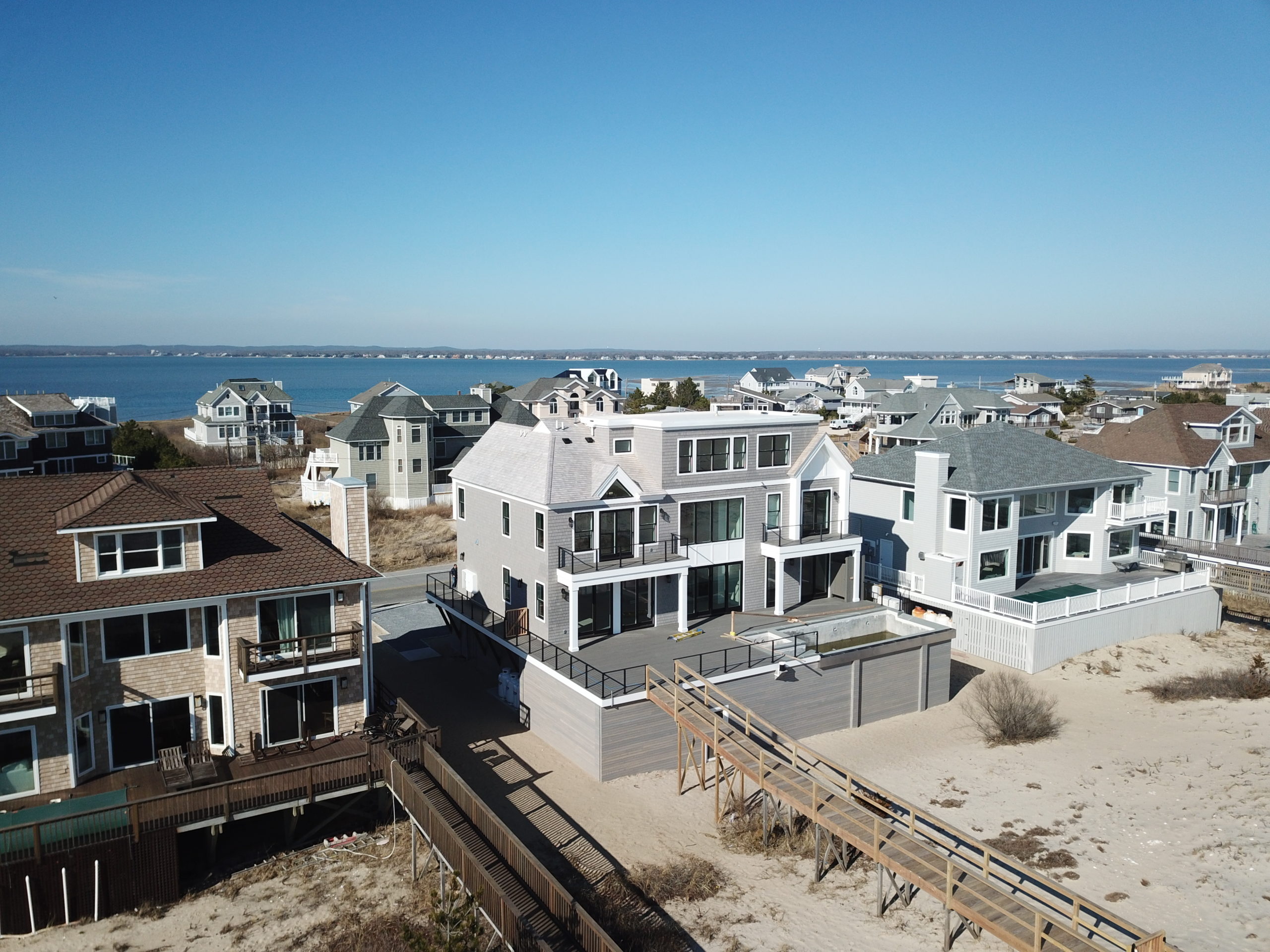 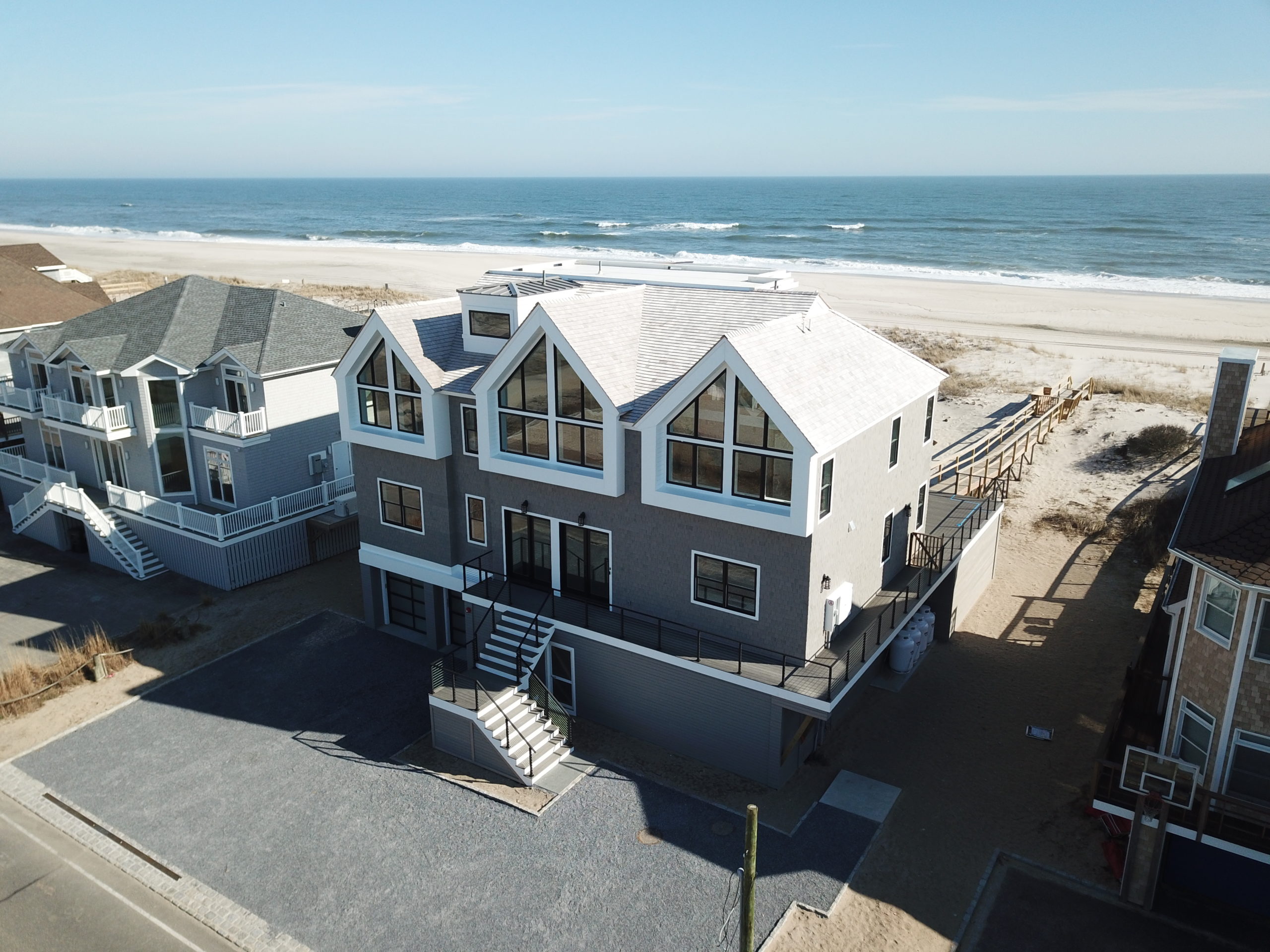 A newly built oceanfront home on Dune Road in the Village of West Hampton Beach has sold for $5.92 million — a record price for the village. And it was in-contract even before construction was completed.

Located at 839 Dune Road, the new three-story home by First Dunes is 4,200 square feet with six bedrooms and seven bathrooms, and it has a private boardwalk down to the beach. First Dunes, a division of Chatham Development Company in Great Neck, has developed numerous beach houses on Dune Road.

This latest First Dunes house was built between June last year and this January. Among the features are an oversized kitchen “designed for collaborative cooking,” a three-story foyer, a two-story living room, and a four-car garage. The house also comes with a gunite infinity pool and hot tub overlooking the ocean.

According to The Real Estate Report Inc., the buyers are Donna and Edwin Sirlin. Mr. Sirlin is the group director and senior vice president at Signature Bank, headquartered in New York.

The Sirlins are both students of the Kabbalah and supporters of the Diabetes Research Institute Foundation, Songs of Love, Heather on Earth Music Foundation, March of Dimes, Bat for the Cure, and Louis Armstrong Center for Music and Medicine. Additionally, Mr. Sirlin was the chairman and treasurer of Turtle Bay Music School, which closed in April, according to The New York Times. Ms. Sirlin is a certified Theta-Healing practitioner and a Access Bars practitioner and facilitator.