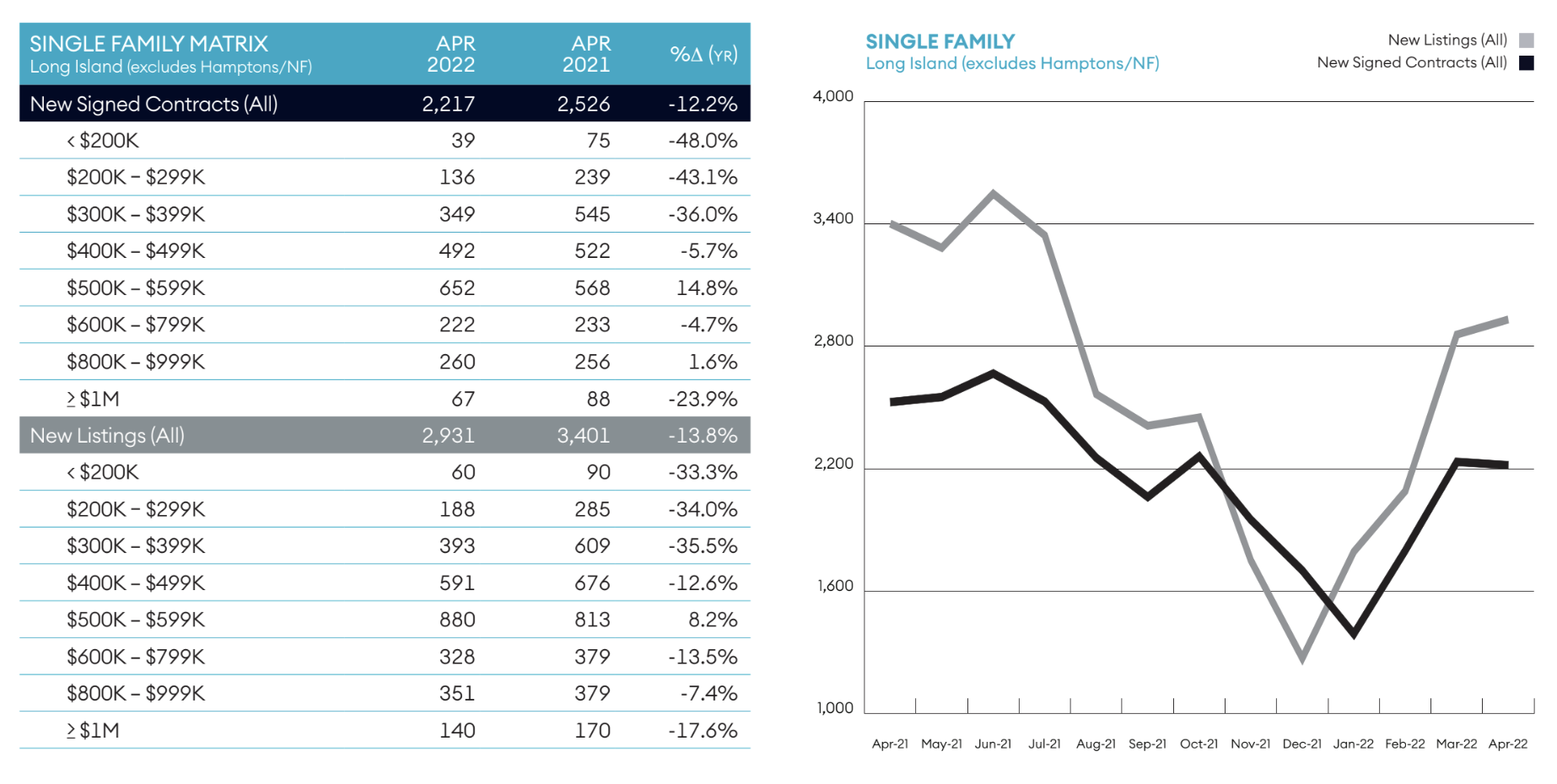 Hamptons single-family home inventory grew slightly in April as new listings outpaced the number of homes entering contract for the first time since fall, according to the Elliman Report.

On a month-to-month basis, April was the second time in three months that the number of contracts signed fell. One reason is a lack of inventory — the number of South Fork homes for sale is two-thirds lower than it was prepandemic — and another reason the Elliman Report offered is the jump in mortgage rates.

Homes priced from $4 million up to $5 million were the only ones to see an increase in new deals: doubling from four to eight. Sellers got the message, it appears, as new listings in that price range rose 40 percent, to 14.

The Hamptons condo market saw just two contracts, both for less than $1 million, compared to six a year earlier, and three new listings, down from five. It’s the fewest condo contracts signed in a month since May 2021. On the supply side, the three new listings were asking for between $1 million and $2 million.

On the North Fork, new signed contracts for single-family homes rose 11.1 percent year-over-year to 40, while new listings fell 13.7 percent to 44. All activity was under the $4 million price point; activity for homes priced under $500,000 was in the low single digits. Condo availability remained low and steady, as two new listings in April were offset by two newly signed deals.

“Newly signed contracts for single-families declined month over month for the first time in three months,” the reports states about Long Island. “However, newly signed condo contracts saw a nominal monthly increase. The jump in mortgage rates took some of the edge off still elevated single-family demand, enabling seasonal expansion of their new listings.”