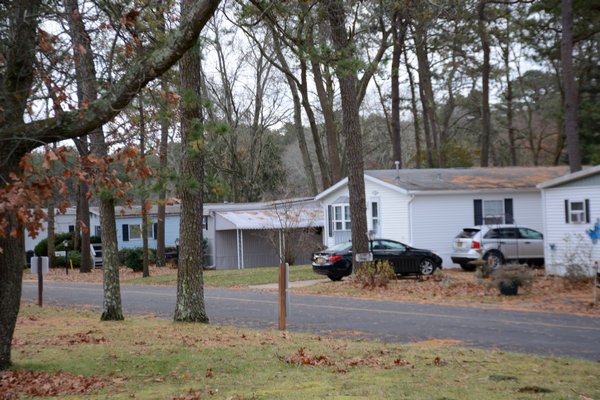 Under legislation signed by Governor Andrew Cuomo on June 14, residents of manufactured home parks in New York State now have a variety of protections in place to prevent rent gouging.

The new protections are part of the Housing Stability and Tenant Protection Act of 2019, an omnibus bill that incorporates parts of legislation that Assemblyman Fred W. Thiele Jr. of Sag Harbor was the prime sponsor of for more than a decade, according to Mr. Thiele’s office. That legislation was designed to protect homeowners in manufactured home parks from unjustifiable rent increases.

“From Riverhead to Akron, this new law will finally provide manufactured homeowners with legal protections against unconscionable rent increases,” Mr. Thiele said in a statement. “Tens of thousands of New Yorkers live in mobile and manufactured home parks, including senior citizens, those on fixed incomes, and young families in their first homes. These residents pay taxes and are integral parts of our communities.”

Mr. Thiele’s office noted that manufactured home parks are a source of affordable housing in the state, particularly for seniors who wish to remain in their communities.

And because the homeowners do not own the land that their residences sit on—and vacancies are rare at manufactured home parks—they have no control over a substantial portion of their housing costs. The assemblyman’s office stated that this has resulted in homeowners not only being evicted from their lots but losing their manufactured homes altogether, because there was no place else to move the homes—if the structures could even survive the trip.

The law limits rent increases for lots in manufactured home parks to 3 percent annually, unless there are increased operating expenses or property taxes, or costs for capital improvements to the park.

Homeowners now have their right to challenge in court any rent increase greater than 3 percent. And if a proposed rent increase is greater than 6 percent, the park owner will be required to apply to a court for a temporary hardship exemption, and the portion of the increase would be permitted to last for only six months at most.

Also under the new law, if a park owner or operator wishes to change the use of the land—thus evicting all tenants and removing all manufactured homes to make way for new houses or a commercial use—eviction proceedings may not begin for two years, an increase from six months. And, in order to evict to change the use of the land, park owners must provide homeowners a stipend of up to $15,000 for moving expenses.

The law additionally provides legal protections for those who are renting manufactured homes under a rent-to-own contract with park owners or operators.

“I am so pleased that after years of fighting for these protections, manufactured homeowners across the state will finally be able to feel secure in their homes,” Mr. Thiele added.