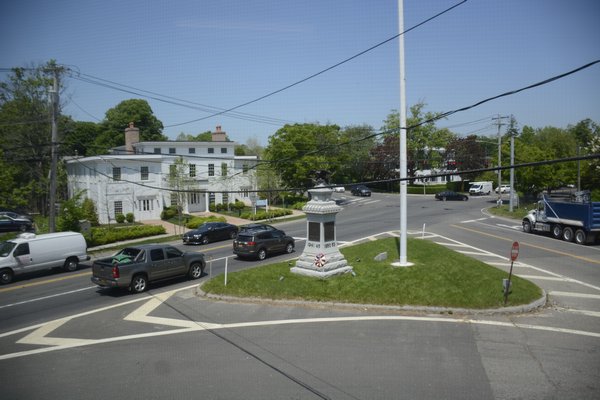 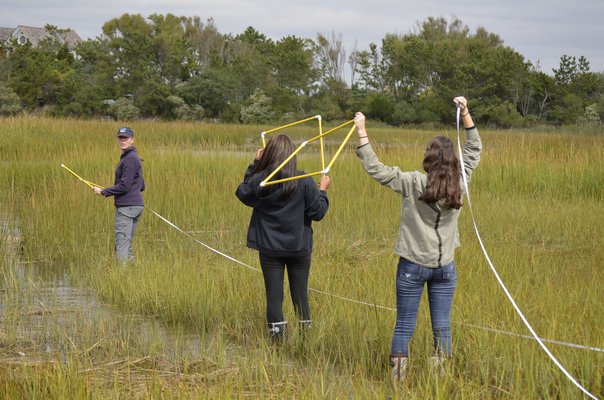 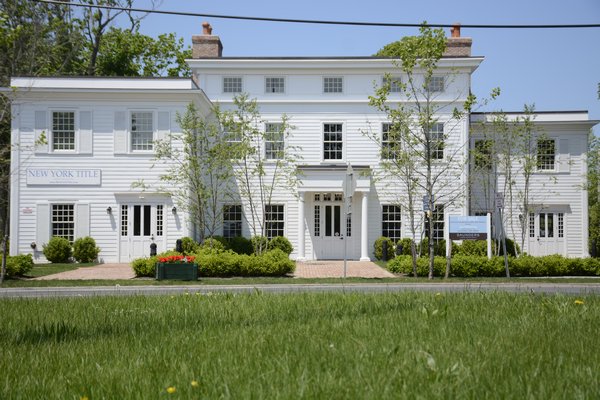 New York University Langone Health is seeking approval to open a medical office at 2510 Montauk Highway in Bridgehampton, on the corner of the highway’s intersection with the Bridgehampton-Sag Harbor Turnpike.

This would be the first stand-alone NYU Langone medical office on the South Fork. The closest location is a cancer center in Riverhead. New York University Hospital’s affiliate, NYU Winthrop, has an endocrinology office in Southampton.

The Bridgehampton property was at the center of a heated debate with the property owner, BNB Ventures IV, which wanted to lease space to CVS Caremark before the pharmacy chain pulled out of the plan in June 2015.

The approximately 9,000-square-foot building, which was completed in 2011, was originally intended for small retailers and offices. The structure sits on 0.42 acres, and the second floor currently has a tenant, New York Title Abstract Services.

NYU Langone wants to rent the 4,500-square-foot first floor for medical offices, which would require approval from the Southampton Town Planning Board for a change of use for the previously approved site plan.

“My client had some [desire] to do some retail, but that has since disappeared,” Wayne Bruyn, the LLC’s attorney, said with a chuckle before the Town Planning Board on May 24.

The lack of available parking and high volume of traffic already at the intersection of Montauk Highway and the Bridgehampton-Sag Harbor Turnpike, as well as nearby Ocean Avenue and Lumber Lane, has been at the heart of the community’s concern.

“It’s got to be one of the most dangerous corners on the East End, with all of these cross-accesses and roads coming in and out of that parking lot,” said Julie Burmeister of the Bridgehampton Citizens Advisory Committee.

An email Mr. Bruyn shared with the Planning Board stated that NYU Langone intends for the medical offices to be “an ambulatory care facility providing medical care—generally by appointment only, including but not limited to a full range of clinical diagnostic treatment, consultation and intervention that could be delivered in an outpatient setting.”

“We had called it urgent care,” Mr. Bruyn said, referring to previous draft iterations. “That was our first impression. But I was told … it’s not necessarily by appointment. [They] could do walk-ins. This is a little change from what we had presented before, which I think may help us with concerns to traffic.”

He added, “We believe the change of use would be a benefit to the community.”

Ms. Burmeister, who had previously opposed the original draft for a walk-in clinic, said she now can support the doctor’s offices. “Nobody is against medical use, as we desperately need more, at least general practitioners in the area,” she said.

“There’s that need, and we all know it,” she said.

Town Planning Board Chairman Dennis Finnerty said he’s pleased the facility is going to be closed in the evenings. However, Mr. Bruyn couldn’t verify the medical office’s planned hours of operation.

There also was some discussion of how the property might be used after hours.

“Bridgehampton has a very active night scene, with a number of restaurants just across the street, and it’s also a walking street, so this parking will be badly needed during this time of day,” Mr. Finnerty said.

But Mr. Bruyn replied, “This is not a public parking lot.”

The parking is, in fact, on private property and not designated for public use.

When the LLC acquired the old Bridgehampton National Bank building—now a Starbucks—in 1998, the Planning Board granted a public access easement to cross the property, as part of the town’s undertaking to allow public access behind all of the businesses along Main Street in Bridgehampton Village. That was extended to the two adjacent properties on the corner that the LLC acquired in 2011—a beverage distributor and a catering house—when those two parcels and the original parcel were merged.

The cross-access from Lumber Lane is the only public use granted, although the lot is often used as additional parking for nearby restaurants, business offices and the Hampton Library during business hours. Whether the upstairs tenant, and perhaps NYU Langone, choose to strictly enforce private parking rights is another question altogether. Altogether, there are 93 parking spaces provided in the entire complex, which includes a shared parking with a real estate office and Starbucks designated by the town in 1998.

As part of the cross-access deal, the town had allowed fewer parking spaces than code typically requires. Mr. Bruyn asked the Planning Board to carry that arrangement over to cut the number of spaces required for the new use.

Mr. Wilson, who was a patient of NYU Langone in 2016 for knee-replacement surgeries, also disputes whether the area really needs more doctors’ offices.

“We seem to be well served at the present time,” he said. “This use is better than the CVS. But it’s still an intensive use, and [the traffic and need for parking] won’t be too far off from that.”

“There are about 10 examining rooms here,” Ms. Lofaro said, speculating on the number, since the submitted floor plan does not provide an exact number. “I don’t even know how many doctors are going to be on staff. How many nurses? … The employees, perhaps there is a place where they can park elsewhere. I am only saying [this], because that lot is small.”

There’s a 30-day written comment period open for the public.