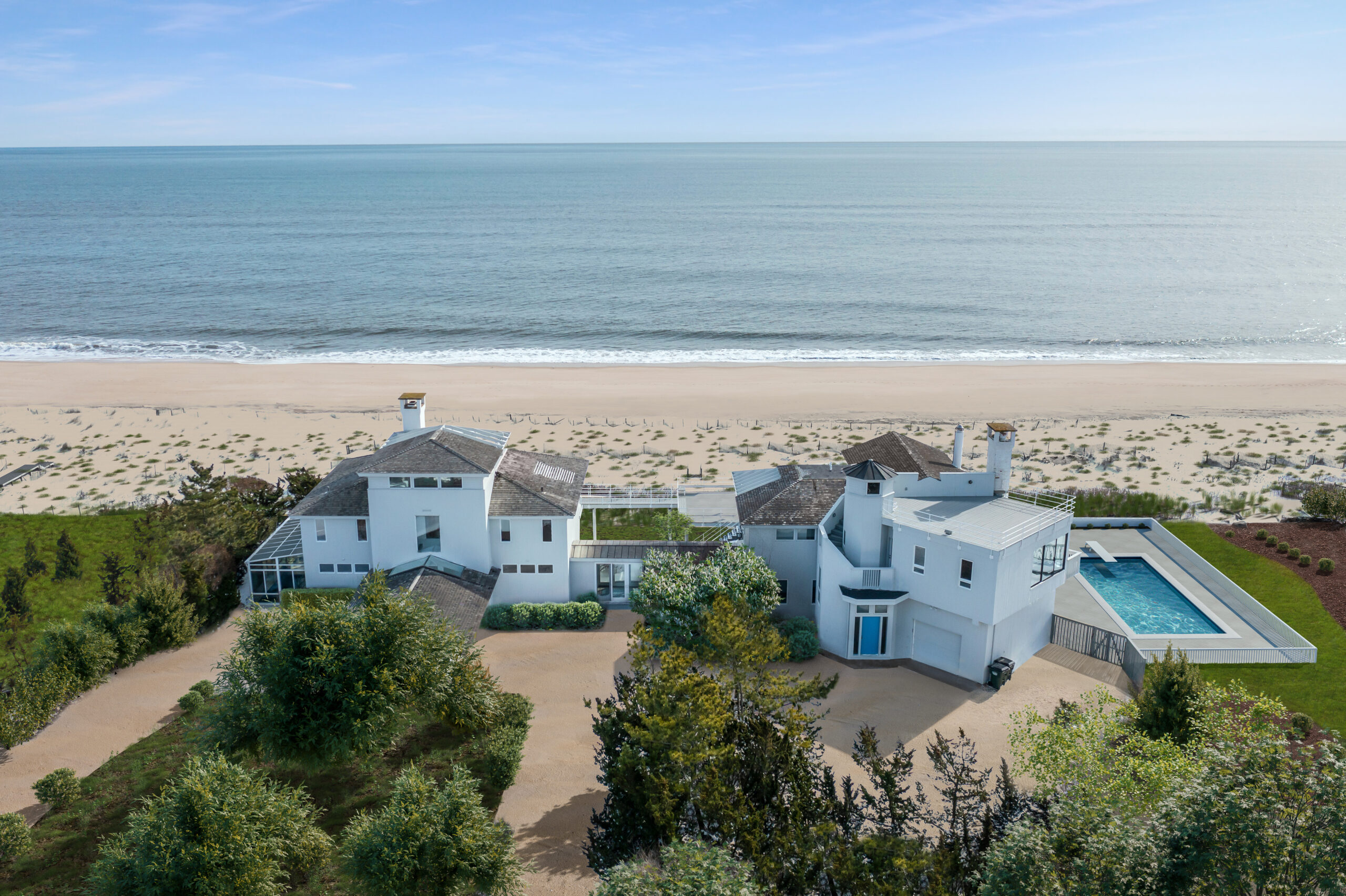 35 Potato Lane in Sagaponack recently sold in a package with 543 Daniels Lane for $46.5 million. COURTESY COMPASS

An oceanfront estate in Sagaponack with an additional, undeveloped adjacent parcel recently sold for a total of $46.5 million.

The modern residence was built as two detached structures but has since been joined by a breezeway. There are seven bedrooms, five full bathrooms and one half-bath spread across 5,200 square feet of living space.

“A third level sunroom, roof deck, and multiple oceanside decks provide some of the most stunning views one might imagine,” according to the Compass listing.

The property also includes an oceanside Gunite pool and an indoor endless lap pool. Additionally, there is a garage and a porte-cochère.

The listing notes there is an opportunity for a new home with a lower level. Meanwhile, the vacant lot to the north can yield 7,000 square feet of living space above grade and a lower level with room for a pool, pool house and tennis.

Christopher Covert and Chris Coleman of Compass had the listing.

“Several things made this a unique offering,” Coleman said. “For instance, they were single and separate lots on and across from the ocean, and both were out of FEMA flood zones, which will allow for a true heritage family compound. Given that the market responded incredibly swiftly, and this offering was gone before the listing made it live to the public, the results speak for themselves.”

Both sales closed in May, according to The Real Estate Report Inc, the Potato Lane parcel for $34.5 million on May 22 and the Daniels Lane parcel for $12 million 10 days earlier. Chicken Coop LLC was identified as a seller in both transactions, while Phyllis Davis was only named in the Daniels lane sale. The identity of the buyer is shielded by limited liability companies.