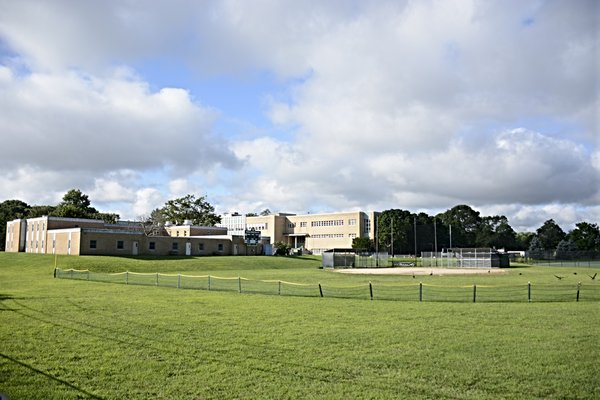 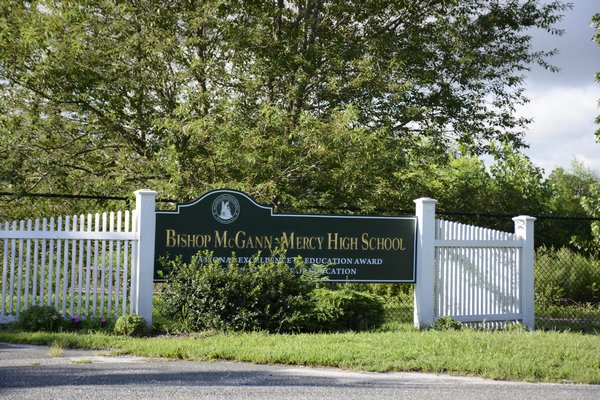 The Diocese of Rockville Centre has reportedly received an offer of more than $10 million for Bishop McGann Mercy Diocesan High School in Riverhead, according to Robert Terry of Southampton, who sat on the McGann-Mercy parents advisory board before the only Catholic high school on the East End closed in June.

Mr. Terry is part of an organization of parents and alumni called The Friends of East End Catholic Education, who have been fundraising to open their own Catholic school in place of Mercy. The diocese had recommended parents send their children 40 miles west to St. John the Baptist High School in West Islip or St. Anthony’s High School in Melville after the final graduating class at Mercy this spring.

The group was set to meet with the administration of the diocese on August 13 to discuss a “sustainable Catholic high school on that property,” but instead Mr. Terry said he was told that a potential buyer had made the offer in June.

“I said, ‘You found out in June? You didn’t think to call us and tell us?’ They had said, ‘Well, it didn’t really become finalized until a couple of weeks ago, and at that point your meeting was already scheduled, so we figured we’d just tell you today,’” Mr. Terry recalled. “It was a bit shocking. We are not really sure where we are at right now—just totally caught us off guard.”

That was contrary to what the group was told on April 20, that the property was not available and not for sale.

Diocese COO Tom Renker and CFO Tom Doodian—as well as Father Edward Sheridan, who is the eastern vicar for the Diocese and pastor of St. Rosalie’s in Hampton Bays—were in attendance but could not answer most of the group’s questions, Mr. Terry noted.

“It’s ultimately Bishop [John] Barres—the buck stops with him,” he said. What diocese administrators could confirm for the group was that a real estate closing could happen at any time.

Bishop Barres and the Diocese of Rockville Centre have not responded to requests for comment.

“So, obviously, at some point, that changed for them, and he has not been available. We are very disappointed and frustrated by the way this has been communicated and how this situation has evolved.”

In April, it was rumored that Peconic Bay Medical Center, which is next door to the Mercy property, was interested in purchasing the school—but hospital officials said they are not the buyer. “At this time, we are not aware that the property is or was for sale,” said President and CEO Andrew Mitchell in a statement last week.